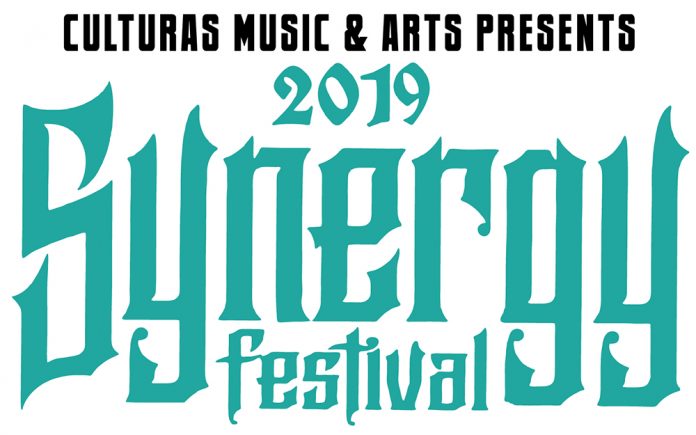 Synergy Music and Arts Festival is a one-day festival established by Culturas Music & Arts that has been held annually for the past eight years at Dateland Park at 51805 Shady Lane in the city of Coachella, California. 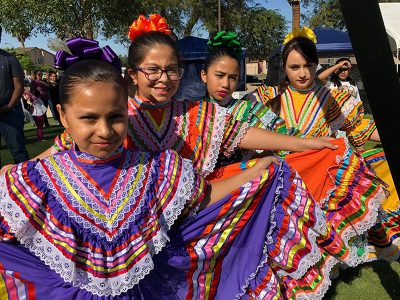 Founded in 2017 by a group of friends, Culturas Music & Arts is a non-profit organization dedicated to promoting the arts and culture in the Eastern Coachella Valley. That collection of friends included Oralia Ortiz, Ruben Gonzalez, Maria Gonzalez, Martha Lopez, Daniel Sullivan, Oscar Guevara and John Duran. “The goal was to give our Eastern Coachella Valley residents a free, safe and healthy art environment. We wanted to break cultural and racial barriers, to break the image and stereotypes of the eastern community,” Ortiz shared.

After discussing the lack of public art and venues for the youth in the city of Coachella, they began discussing a mural project on Shady Lane. They wanted to create something similar to the mural that was previously there in 1979, depicting the history and struggles of the Chicano/Mexican people. 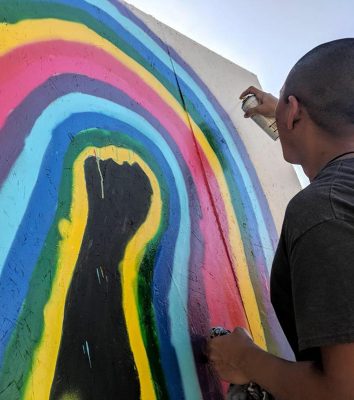 They began to organize and proposed a plan to the city. Once approved, local artists began painting the mural on a voluntary basis and in 2009 they kicked off the project with a music and art event at Dateland Park across from the mural.

The mural was completed in 2012 and to celebrate, Culturas Music & Arts organized the unveiling of the mural by creating Synergy Music & Art Festival. Oritz shared, “At the time of completion, it was the second longest Chicano timeline mural in California.” Synergy has brought people of all ages, creeds, cultures, ethnicities, nationalities and races together to create bridges within the Coachella Valley. 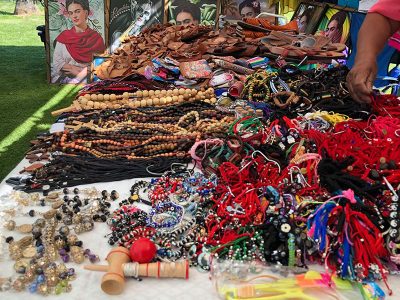 Their mission is to provide a space where self-expression, creativity and diversity can be appreciated. They invite the ENTIRE Coachella Valley to come and share their stories, talents, and aspirations to the community. Through cultural understanding and artistic awareness they hope to share a safe, healthy and educational environment that promotes culture and the arts.

Synergy Fest features a kids’ area, live music by local musicians, live art by local artists, a car show, arts and crafts, vendors and a beer garden. This year they have added the sensational entity CV Food Trucks to the mix. Everyone is invited to come out to Synergy Fest to enjoy the sights, sounds, and flavors of Coachella, California! 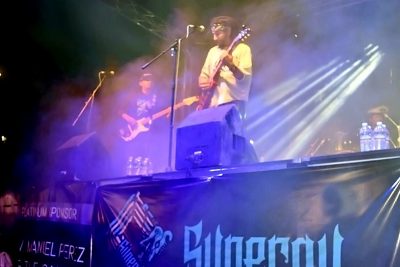 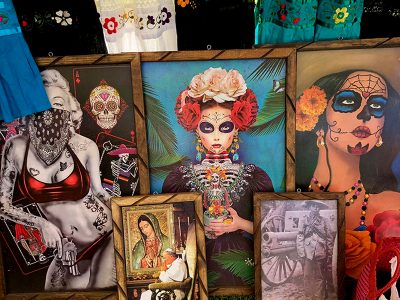 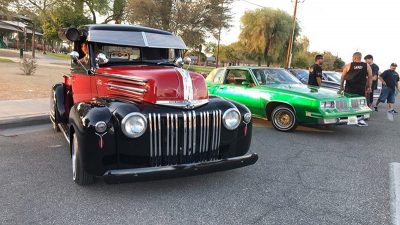 Coachella Valley Weekly spoke with a couple of the artists performing:

“I started working with Tribe-O about four years ago and I just loved Siah and Ann’s honesty to music. We wrote a theme song for Coachella that we will be playing at Synergy Fest. I’ve assembled a really neat band for them with my brother John Stanley King on drums, Wayne Lothian on bass from The English Beat on sax, Michael Belk of Los Nauticals from Orange County and myself on the keys. We’re very excited to give back to the community. It’s one of my favorite things to do. It’s very community conscious music. We’re just going to have a wonderful time.”

Joe Lynn of Call Upon Your Gods

“We’re excited to be a part of a local event celebrating art and culture and we appreciate the all-inclusive aspect of the performers. Heavy Metal isn’t for everyone, but in an event celebrating multiple mediums we’re proud to help represent the heavy scene”.

“The whole band is really excited to play at Synergy Fest and share the stage with such RAD bands and musicians. So save the date, show up and let us MUNK your brains out!”

Synergy Music and Arts Festival is a working-class festival developed from grass roots efforts. The organizers are emotionally invested in their community and truly provide a platform for all artists from all areas of artistic expression. As Ortiz exerts, “We continue to be a strong force year-round in community art and activism.”