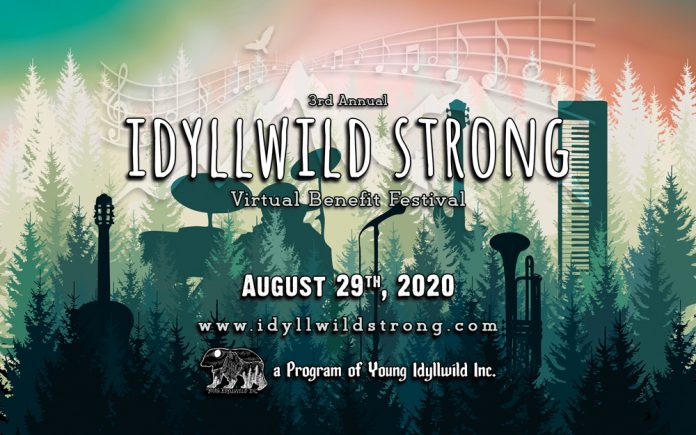 The Idyllwild Strong Benefit Festival, now in its third year, raises money for disaster relief in the sublime mountain oasis of Idyllwild, California. The town relies on regular tourism to survive, which has been severely impacted by catastrophic damage caused by the Cranston Fire in July 2018, massive flooding in February 2019 and now COVID-19 in 2020. The community continues to need our support. Local 501(c)(3) nonprofit Young Idyllwild, Inc. will once again use the healing power of music to present the 3rd Annual Idyllwild Strong Benefit Festival. This year the event will be simulcast live around the world and will feature both artists that have previously performed at the festival as well as performers who are involved for the first time. The organizers accepted video submissions from numerous artists around the world as well as gathered footage from past events, live performance videos and other digital content to feature during the day-long ‘telethon’ style event. The event begins at 12 p.m. on Saturday, August 29, 2020. 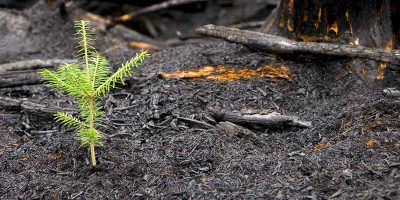 Event hosts Brian ‘Puke’ Parnell, President of Young Idyllwild, Inc. and Nathan DeJarnette, Vice President, are unable to safely organize a live festival in town, so they are doing this online simulcast. They will be streaming it through multiple platforms and encouraging people to donate to the mountain community relief efforts throughout the broadcast.

CVW: Congratulations on staying the course. I know you would rather bring us a live event but it seems this is shaping up to be very unique. Walk us through what we can expect on Saturday.

Parnell: “We’re doing this ‘telethon’ style, a more entertaining version of the Jerry Lewis telethon. Blending together some live footage that we’ve recorded over the last month or so and we’re intermixing that with video that has been submitted by bands that have played the festival before as well as some that haven’t plus splicing together music videos and stuff, it’s video content galore from all varieties. It doesn’t have to necessarily be bands that have played before but the majority are.”

CVW: The last two festivals had huge production value with several stages. Is there a sense of relief with going online this year?

DeJarnette: “I wouldn’t necessarily call it relief, but more hours in the pre-stage to make sure everything is set and prepped and on cue. The day-of might be a little less stress than trying to manage twelve stages haha.”

Parnell: “There’s people that haven’t been able to make it up here in previous years. They get to watch from anywhere in the world.”

DeJarnette: “This also might give us the potential to expand our horizons, maybe we livestream a stage every year.”

CVW: How is the community of Idyllwild holding up during the pandemic and coping with COVID-19?

Parnell: “People don’t really seem to mind as long as everyone is social distancing and wearing masks. Where locals start to get irked is when driving through town for an errand and they see a crowd of half-maskless people, it doesn’t bode very well for a lot of people in town. We’re also a microcosm of everywhere else. We have a contingency of people who don’t want to wear a mask either. For the most part, it’s still been busy, there’s people coming up trying to escape.”

CVW: Many restaurants in Idyllwild provided venues for live music. How are they doing?

Parnell: “A lot of them have expanded, there’s new places thinking about opening up too. It’s not a dire situation as when the roads were washed out right after the Cranston Fire. It’s not nearly what it would be in a normal year but it’s not like that anywhere else either.”

CVW: How can people donate to the cause?

CVW: Are there any performances we should be looking forward to watching?

Parnell: “Nathan recorded some songs from a band called The Spaceman Trilogy. I produced their debut album and it was a lot of fun seeing them interpret those songs live after what we did in the recording, not that the recording was different than what they do live because they basically came into the studio and jammed, but it gave a whole new refresher on everything. I’m looking forward to seeing that in its entirety. Josh Heinz sent a bunch of stuff that I haven’t got to check out. I’ve been talking with John Garcia and he has some exclusive footage of John Garcia and The Band of Gold performing in Australia that he’s willing to debut through Idyllwild Strong. He needs to make sure the director’s okay with it and get that permission. That would be an awesome thing.”

CVW: The last two events have been hugely successful. Has the pandemic presented any new problems for those in need and what do you expect the outcome to be after this year’s festival?

Parnell: “Luckily when we put the word out for people in need from COVID-19 the response wasn’t overwhelming and it didn’t deplete all the funds from last year. We are hoping to build on that and have a good amount in the till for when we’re gonna need it and then figure out how to be more proactive rather than reactive, doing things to prevent the next disaster other than just help people after it.”

De Jarnette: “The main thing is it all goes back into the community. It’s not like we’re able to spend money on lavish dinners haha. The people who need it the most are going to be able to have access to it.”

CVW: I’m sure it’s disappointing for you and your team in not being able to present a live event this year. What has been the response of residents in Idyllwild? 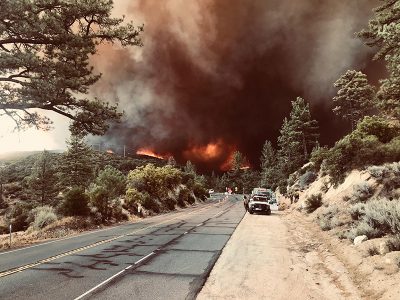 Parnell: “Everyone is looking forward to next year. Unfortunately, I’ve heard from more people express their disappointment it not being a giant live event, it’s something they were looking forward to this year. People are pleased when they hear there’s going to be an online version to see local bands other bands they haven’t heard of before. For them, it’s about appreciating local music.”

DeJarnette: “One of the major complaints in the last two years is that there was too much music going on at the same time and they couldn’t see all the artists that they wanted to see. So this year we won’t miss anything”.

CVW: Will there be any interactive features during the festival?

Parnell: “We want to bring in a chat element so that we can respond to people in real time. People can comment while we’re playing a video. We can say something live on-air recognizing individual sponsors and people who are donating”.

CVW: You two will be the event hosts, how long have you known each other?

De Jarnette: “Brian and I met at a Halloween party where Throw the Goat was performing. Plus, I have a production company called Deej Productions and we specialize in live shows, music videos, studio sessions, and beat making so we have similar interests. We bonded when Young Idyllwild came together.”

Parnell: “Now Nathan is VP and I’m President. We’re calling all the shots on Idyllwild Strong which was a knee-jerk response to the Cranston Fire that’s turned into something that’s way bigger than we ever thought it would be.”

CVW: I remember some initial trepidation before the first Idyllwild Strong but the event has brought a fellowship between Idyllwild and valley communities never seen before.

Parnell: “It’s done more than we’ve realized in terms of unifying people on the hill with people down in the desert and surrounding communities. The support and love that everybody showed after we almost lost our town is remarkable. It helped pull people together. After the inaugural event, someone said that it seemed the town was vibrating on a different frequency that whole weekend. I don’t think we necessarily anticipated the amount of togetherness we brought to the community.”

DeJarnette: “The best part of this whole event for me is not the money, and helping with the disaster relief is amazing, but bringing the businesses to life is the main aftereffect. Everyone is willing to spend and help. We appreciate the donations but people coming up and spending money is good enough. The Brew Pub had the best night they’ve ever had during Idyllwild Strong. We’re going to do everything we can to keep it flowing and keep the vibe alive.”

Parnell: “Seeing businesses packed to the gills with people is the most rewarding, Nathan is right.”

CVW: The silver lining to an online only event is the global appeal.

Parnell: “Every year we expand the awareness of Idyllwild and the festival around the world. As it grows, we have the opportunity to bring in bigger artists for future festivals so people are talking about it through word of mouth.” 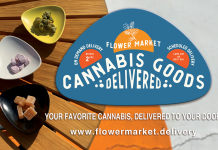 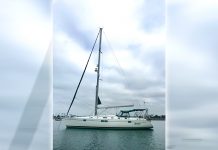 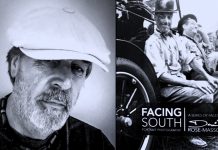