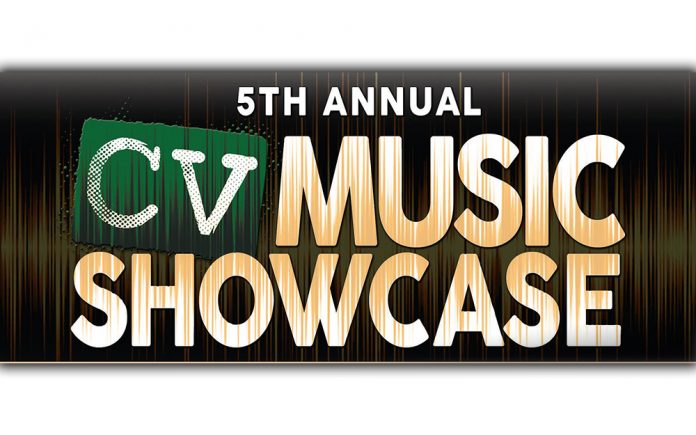 The Fifth Edition of the CV Music Showcase kicked off at The Hood last Sunday night with four bands going head to head for $200.00 cash prize money and the chance to compete in the final CV Music Showcase grand finale in May. Tracy Dietlin, the publisher of CV Weekly and founder of the Showcase, says she created the Showcase to give local bands the opportunity to share their talent in front of industry professionals and win cash, studio recording time and a photo package to further their musical careers. Judge Chelsea Sugarbritches, a former Showcase winner, says her band 5th Town won the second showcase but it wasn’t easy to convince her band to compete. “A lot of bands don’t want to compete but it’s a great way to see all the talent that is out there and gain opportunities, exposure and maybe even money to record an album. It’s fun. I love it!” 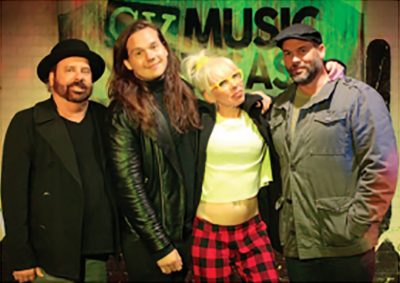 The four local bands faced off to claim top honors and walk away with a little money and some advice from the judges that should help propel their musical careers just a little bit closer to stardom. The night started with a solo act, Derek Jordan Gregg, looping notes and belting out powerful lyrics with deep personal stories. What would seem like a sound between Keller Williams and Zach Deputy morphed from fun coffee house rock into sonic seriousness that forced the audience to notice more than lovely melodies. Farm Trout, a trio from the high desert laid down an impressive rhythm section with ridiculous bass lines that recalled a Seattle era gone by.  Silver Sky, products of AMP, or more officially the Academy of Musical Performance, a music education program whose goal is to enrich the lives of young musicians throughout the Coachella Valley, definitely proved graduation ready with straight-up, no effects pedal needed, direct through the Marshall amp and in your face rock and roll. The closer for the night, Instigator, another band of young bucks blasted their metal through the venue like an army of tanks hell-bent on making a statement that metal has a secure future in these long hairs of future past! Full disclosure: I was a judge last night and had a front-row seat to the musical mayhem on full display and felt bad judging these incredible talent machines while I nibbled on delicious chicken fingers and sipping a Stella. 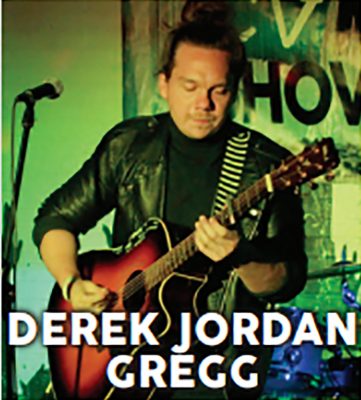 In the end, two bands tied for second and Derek Jordan Gregg stood in shock as the sole winner of the 5th edition of the CV Music Showcase. “I’m just really surprised. You have kids with incredible talent that I don’t even have at my age,” said Derek Jordan Gregg. “It’s bittersweet. I might have more to write about at my age but you want the kids to win because they are so f*&$ing talented!”

He says the prize money will help him with his goal of being able to produce a debut solo album. “I play music for a living and want to leave something behind I’m proud of. I’ve slept on couches and outside but I’ve never given up on music. He ponders on a Tom Waits quote: The world is a hellish place, and bad writing is destroying the quality of our suffering. It cheapens and degrades the human experience when it should inspire and elevate. “I have suffered for a long time. So, a win feels really f*&$ing good tonight. Especially, when this is one I would have been ok losing!” He smiles, masking a sea of deep emotion.