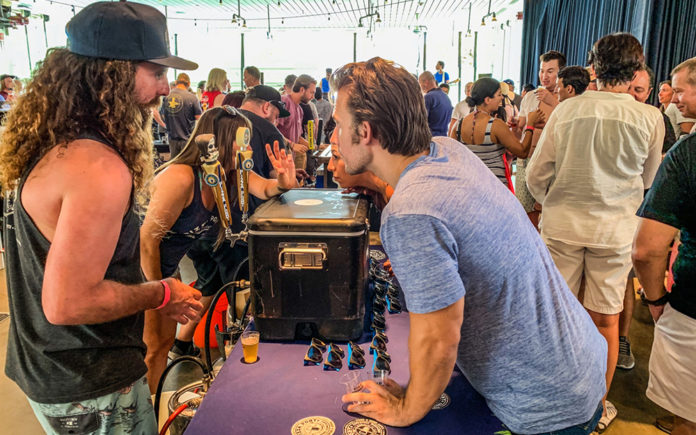 When Pliny the Elder on tap was passé compared to what else was being offered, you know that Ace Hotel’s Craft Beer Weekend was a fest put together by beer geeks for beer geeks. Despite it being 111 degrees out, barrel aged stouts that tasted like whiskey infused cake batter stole the show. Great Notion’s “Cake Party” and Bottle Logic’s “Fundamental Observation” were both world class, but Horus Aged Ale’s “Proper Dose” was best in show. 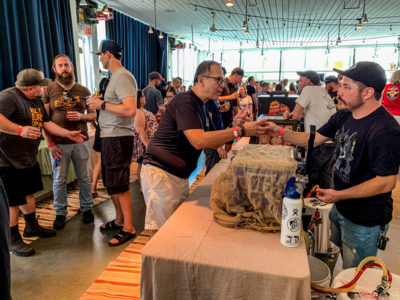 Previous years saw most vendors in an air-conditioned banquet hall with a smattering of breweries placed outside under canopies and umbrellas, but previous summers didn’t incinerate the mirth right off your face the way August 2019 is doing. It’s a warm one this year, folks. Instead, all of the breweries were placed inside, save for one. Bottle Logic’s refrigerated truck stood sentry outside the event, serving Bissel Brothers, Grimm, and Cerebral alongside their own offerings for a total of 8 taps. Despite the withering heat being at anxiety inducing levels, there was always a small crowd enduring the oven-like conditions to enjoy the offerings and chat up the reps pouring out of the truck. 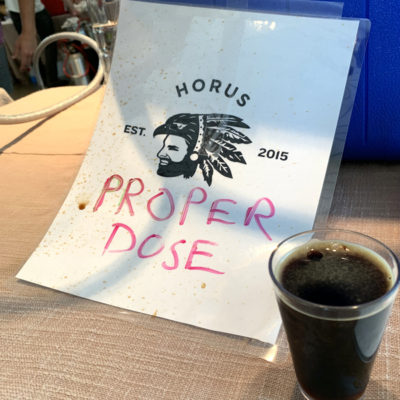 Inside the event room, the layout seemed different than I remember, more spacious and less cramped. Most beer fests will attempt to wow you with the sheer amount of breweries involved, but Ace’s event featured less than 25 breweries, with the caveat being that many of them brought rare and out of production beers to be exclusively enjoyed. While the majority of festivals I’ve attended are overwhelmingly IPA heavy, this one featured as many lagers, fruited sours, and Imperial stouts as hazy and DIPAs. Yorkshire Square Brewery surprised me by serving proper, British-style ale at cellar temperature from a beer engine. Craft beer newbies may have been a little bemused to receive a barely carbonated, 60 degree serving of beer, but real ale, as it’s called, is an experience all its own, and rare to find in the states. While paying homage to the British style, Yorkshire Square is based out of Torrance, CA, leaving Great Notion Brewing as the only out of state brewery. The Portland, OR based company brought sours and stouts, with the 11% ABV Cake Party, and the equally potent Berries n’ Cream stouts being some of the events tastiest offerings. 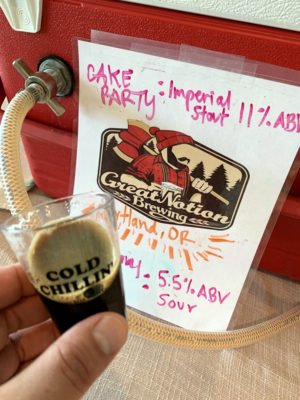 Coachella Valley Brewing Company offered a fantastic Michelada that hit the spot and helped to put any previous-day hangovers to rest. Babe’s Brewhouse had a refreshing wit, and La Quinta Brewing offered a passion fruit infused IPA that drank nicely on a scorching day. Stone Brewing Company, Pizza Port, and Alesmith were all on hand to represent the San Diego style, as well as the IE’s own Sour Cellars, adding to the already delicious selection of barrel and kettle soured beers to choose from.

A DJ spun music while the crowd socialized, networked and made merry, but it was the ultra-hip and very funky band fronted by Bardo Martinez of Chicano Batman that was the soundtrack to this weekend. Groovy bass lines and psychedelic keyboard passages accompanied jagged, staccato guitar riffs, all played by a band wearing matching ADIDAS track suits. While previous years saw the inclusion of food stations around the room, giving patrons bites to nosh on between samples, the only food available this year were $14 plates of fried chicken, or vegetarian “fried chicken” being sold by a vendor also selling bombers of Bottle Logic drink. My friends and I ended up at King’s Highway, Ace’s fantastic restaurant, where we sobered up with wedge salads, nachos, and stuffed, bacon wrapped dates.

With the Brew in LQ and Props and Hops beer festivals still scheduled to entertain the Coachella valley in 2019, Ace’s Craft Beer Weekend has set the bar extremely high when it comes to giving fans a new experience.