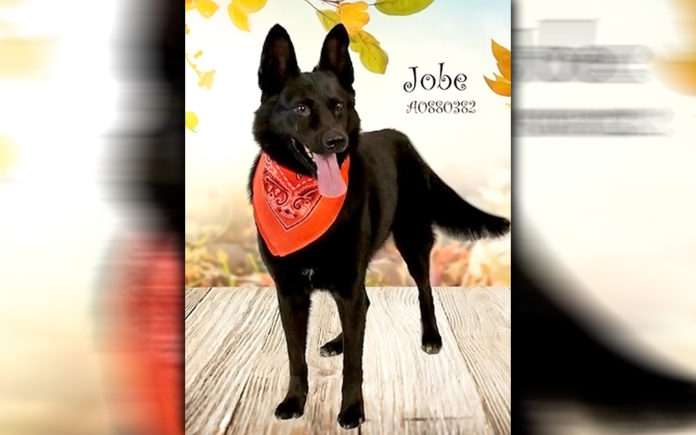 Glorious black rescue dogs and cats are waiting for you to adopt them!  Their shining ebony coats glisten in the winter sun, and their striking amber gold eyes peer at you lovingly.  Unfortunately, black animals are shrouded in superstitions, and they have a harder time getting adopted than their light colored buddies.  Shelter adopters are more likely to select a light colored or multicolored pet with interesting markings.  There are no scientific studies to explain the reasons for this, although theories abound.

October 1, 2019, is National Adopt a Black Dog day to encourage folks to give these black colored animals a second look.  Many rescue groups feature special adoption events to promote these animals, including Best Friends Animal Society’s “Back in Black” month of adoption events.

BLACK ANIMALS ARE HARD TO PHOTOGRAPH – With many rescue adoptions being facilitated by social media, a great photograph is critical.  The best of photographers must make a special effort to light a black dog or cat enough so that its facial features can be clearly seen.  Potential adopters often connect with an animal’s eyes, and have a harder time connecting to their personality when they can’t these.  In kennels containing multiple animals, those with black fur are harder to see.  People often fall in love with animals at first sight, and animals that are easier to see are more likely to be picked up, played with, and adopted.

BLACK DOGS IN MOVIES – The lighter colored dogs get the leading roles in your favorite television shows and movies.  Lassie, Old Yeller, and The Shaggy Dog are easier to film when their facial expressions are more obvious to audiences.  A brown and white St. Bernard played the happy family dog in the movie Beethoven, while the black Doberman Pinschers played the bad dogs who threatened our hero dog.  Just like the villainous cowboys in old movies who wore black hats, black dogs in the media are portrayed as the bad guys. 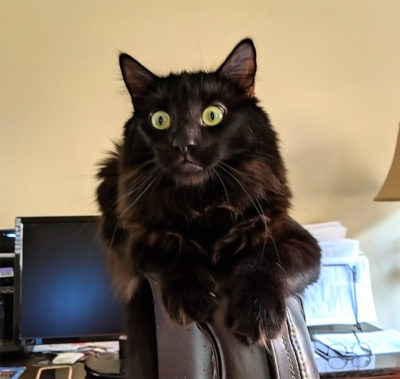 BLACK CAT SUPERSTITION – In the past, black cats with associated with witchcraft and bad luck.  Today, they are the poster pets for Halloween, portrayed as scary creatures that conjure fear.  While people know intellectually black animals have no association with evil, these stereotypes can unconsciously impact our preferences.  It’s almost Halloween, and in the past some rescue groups hesitated to adopt black cats during October, fearing they might end up in the wrong hands.  With proper screening, most organizations and shelters realize we need to find adoptive homes throughout the year because there are so many homeless animals.

Pictured here is Jobe, a handsome black male German Shepherd mix dog, decked out in a fall scarf.  Large black dogs like Jobe have an even greater challenge getting a home.  You can meet Jobe and other wonderful dogs and cats of every color at the Coachella Valley Animal Campus, 72-050 Pet Land Place, Thousand Palms.  Jobe is dog ID#A0880382.  View all their animals at www.rcdas.org or call (760) 343-3644.

Contact Loving All Animals at (760) 834-7000, www.lovingallanimals.org for assistance adopting a rescue dog or cat.  They will help you find a new faithful 4-legged friend, whatever shade that might be!