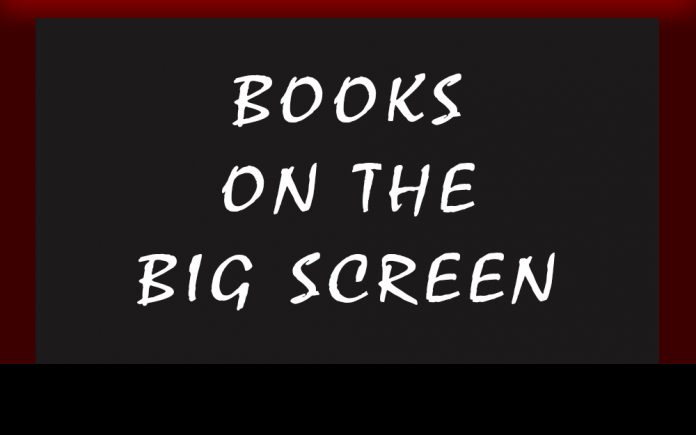 The 31st Annual Palm Springs International Film Festival begins this week with over 125,000 movie buffs in attendance.  Part of the fun of the festival is the wait in line.  Yes, you read that correctly.   While waiting for a festival movie, there is always a queue, and it is an absolute delight to engage with the folks standing near you in a conversation about the films they have seen and are looking forward to seeing.

Cinephiles are eager to share their thoughts and opinions, and are quite articulate about film narrative.  When a favorite book is made into a movie, the conversation is especially engrossing and entertaining.

The timeless story Little Women by Louisa May Alcott is once again on the big screen.  It is the sixth film iteration of the literary classic.  Auteur Greta Gerwig brings her creative spirit and modern sensibility to the material, which is certain to draw attention and entertain a new generation of moviegoers.  The beauty of great books is they continue to reach into our lives and be meaningful.

One of my favorite features of the PSIFF is the “Talking Pictures & Book to Screen” segment.  This is where the pavement hits the ground.  The festival turns its focus on the all-important source material.

PSIFF hosts discussions with directors, writers and actors from the year’s top titles.  This event is a great way to hear about the process of turning a book or article into a big screen production.

The film “Hustlers,” which stars Jennifer Lopez, is based on the magazine article The Hustlers at Scores written by journalist Jessica Pressler.  The story is about exotic dancers who turned their line of work into a profitable business by bilking men out of their money with the promise of “private entertainment.”

Pressler’s article was nominated for a National Magazine Award before it was developed for the screen.  Pressler, and “Hustlers’” director Lorene Scafaria, will participate in a discussion about making the movie from the New York Times article.

“Jojo Rabbit” tells the tale of a boy, and member of the Hitler Youth, who discovers his parents are hiding a Jewish girl in his home.  The movie is bases on the novel Caging Skies by Christine Leunens.   Author Leunens will share what it’s like to have a novel adapted into a major motion picture.

The movie follows the character Lionel Essrog, who makes a local street gang his family.  When the leader — his mentor — is killed, he seeks the truth about the man he held in such high regard.  Essrog manages to be a very good detective, his OCD along with Tourette’s syndrome – a condition where he uncontrollably shouts out nonsense – perhaps enhances his ability to control and understand his environment.

Filmmaker Norton and author Lethem will have a conversation about the creative challenges to bring the book to the big screen.

PSIFF will screen “Harriet” about American hero Harriet Tubman, which was adapted from the novel The Tubman Command by Elizabeth Cobbs.  Leading actress Cynthia Erivo will answer questions after the showing.

There is always a debate about movies vs. books — which is better?  I like to think movie adaptations are an interpretation of a book – a visual short story of the full-length literary narrative.

A book always remains unchanged and can be interpreted over and over as long as the narrative continues to engage readers.

Like Little Women, some books have timeless themes and that’s why many novels continue to be made into films and filmmakers look to adapt books into films.  Movies and books are two dynamic mediums that continue to inspire and entertain.

PSIFF provides our community with a wonderful opportunity to hear directly from authors and filmmakers.  Many festival events feature Q&As in Palm Springs venues.  For the next 11 days, film (and book) lovers will be moving about our valley excited to see great stories come to life on the big screen.

Here’s hoping you find yourself in a PSIFF line passing the time with a great conversation about books and movies.  Enjoy!