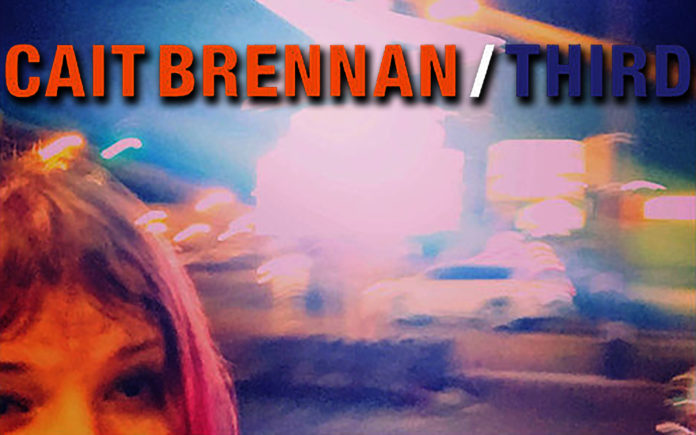 Last year, it seemed like singer-songwriter Cait Brennan came out of nowhere. With a five-octave vocal range and a kaleidoscopic sense of songcraft that incorporated hints of Glam-Rock, Psychedelia, vaudeville and Power-Pop, her inaugural album, appropriately entitled Debutante, landed on several “best of 2016” lists, including the prestigious Village Voice Pazz & Jop critical survey. In reality, her debut has been years in the making.

Wendilyn Marielle Caitlin Brennan was born Michael Sortino in 1969. Her parents were traveling musicians, so she was raised primarily by her great-grandmother, Mae, a seamstress for Thoroughbred Horse Racing. Growing up in a trailer on the outskirts of Phoenix, Cait’s musical talent revealed itself during childhood. By the tender age of five she began writing her own songs, singing them into a tape recorder. Three years later she was learning guitar.

By her teen years she knew she wanted to be a performer but by this point, she had just come out and began her transgender journey. While her great-grandmother and parents were supportive, audiences were less so. Cait put her musical ambitions on the backburner and earned her keep as a writer.

In the ensuing years she worked as a journalist, teacher, blogger and screenwriter, but her passion for music never waned. Her influences were eclectic; David Bowie, Big Star, Nilsson, Etta James, Husker Du, Joni Mitchell, Sparks, Iris Dement, the Undertones, Judee Sill, Roy Orbison and Depeche Mode. She was also inspired by the dreamy harmonies of the Mills Brothers and even the Osmonds’ slightly Beatlesque Latter-Day-Saint concept album, “The Plan.”

A few years ago, Cait re-focused on making a music career happen. Her profile was raised exponentially when she participated in Laura Jane Grace’s “True Trans” podcast series. Around the same time, she connected with Fernando Perdomo.

Something of a wunderkind, Fernando emerged from the same fertile lorida music environment as life-long pal Chris Price. The friends shared production chores on Linda Perhacs’ long-awaited comeback album, The Soul Of All Things. A multi-instrumentalist, Fernando has worked with everyone from Fiona Apple and Jacob Dylan to idiosyncratic icons like Todd Rundgren and Emitt Rhodes.

After crowd-funding via Kickstarter, Cait and Fernando hit the studio with a surfeit of material. They resurfaced five days later with a 12 song set aptly entitled Debutante. Critical acclaim was instantaneous and unanimous. Barely allowing herself to enjoy some well-earned approbation, she was back in the studio crafting a follow-up, Introducing The Breakdown According To Cait Brennan, (which is scheduled to be released in 2018).

In the midst of this frenzied activity, Cait and Fernando attended a Grammy Museum event honoring the 50 year anniversary of Ardent Recording Studio. There, the pair met Jody Stephens, drummer (and only surviving member) of Big Star, as well as President of the studio. Jody invited them to record an album there.

Of course, the duo jumped at the chance, sequestering themselves at the infamous space that recorded everyone from B.B. King, Big Star and Isaac Hayes to Raconteurs, Replacements and R.E.M. Like kids in a musical candy store, they employed many of the instruments and amplifiers that created Big Star’s timeless records. This included Alex Chilton’s Hi-Watt Amps, and mellotron, plus Chris Bell’s cherry red Gibson guitar. They recorded 13 songs in an astonishing three days. Apropos of location and inspiration, they named the album “Third,” after Big Star’s dark masterpiece.

The record gets off to a rollicking start with the one-two punch of “Bad At Apologies” and “Stack Overflow.” The opening cut crashes out of the speakers with pummeling percussion, shards of splayed power chords and shuddery organ notes. The lyrics offer a defiant mea culpa; “Yeah I’m the asshole who stole your boyfriend,” and concludes “I’m sorry, I guess, that I’m bad at apologies.” Um, no shit.

On “Stack…” thundering drums ricochet through the mix as guitars buzz, fuzz, snap, crackle and crunch. The vivid narrative is dense, somewhere between Dante and Dylan, begging for absolution one second and demanding unconditional love the next for “one little girl in a world starving for love.” 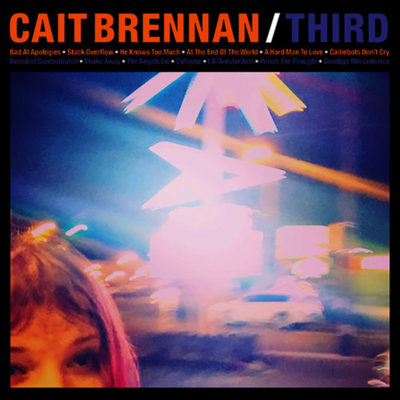 This album is a smorgasbord of sound and style, painstaking and perfect, but never precious. The Glitter-tastic “Benedict Cumberbatch” shares some musical DNA with the Bowie/Mott The Hoople classic, “All The Young Dudes” and the Oasis epic, “Wonderwall.” Initially, serpentine guitars slither around pulsating keys and a rock steady beat before speeding up at the chorus. Here our heroine cheekily informs an ex that he is he is undeserving of her love and her sharp songwriting skills, so she’s dedicating her song to versatile British actor, Benedict Cumberbatch. What a chop!

“He Knows Too Much” weds handclap rhythms to Doo-Wop harmonies and sandblasted guitar riffs. Playful lyrics threaten homicide if the object of her affection ever acknowledges her attraction; “Well, he knows too much I think I’ll have to kill him…What if he tells the papers, what if he tells my mother?/He won’t be very talkative from 14 feet below the ground.” Following a rippling guitar solo, in true vaudevillian fashion, Cait offers hysterically deadpan “legal disclaimer,” wherein she promises she might just “lose her shit.”

It’s clear Cait came of age in the early ‘80s. “A Hard Man To Love,” wouldn’t seem out of place sandwiched between songs by Tears For Fears and Duran Duran. Here, layered vocals blend with swirly synths and pliant keys. A pummeling beat adds ballast, and her staccato delivery recalls Michael Jackson in his “Smooth Criminal” era.

Meanwhile, “Catiebots Don’t Cry” is a ‘70s Soul pastiche that features wah-wah guitars, phased percussion and buttery falsetto vocals. In real “Me And Mrs. Jones” fashion, she breaks off an illicit relationship insisting “we’ll just smile real kindly and go our own way.”

In an album stuffed to the gills with wily songcraft, inventive arrangements and crisp instrumentation, two back-to-back tracks stand out. The impossibly catchy “Shake Away” recalls the Bo Diddley bluster of George Michael’s “Faith” and the shabby chic of Billy Joel’s “Keeping The Faith.” Prickly piano, slippery organ notes and chicken scratch guitar dance around lyrics that offer an antidote to a morbid sense of mortality; “We can dance till we shake away the darkness, we can sing till We shake away the night, you can cry till we shake away the lonely, we can scream till the morning light…/We can love with a love nobody loved ‘til we know we’re going to be alright.”

On “The Angel’s Lie” a rumbling backbeat connects with rubbery bass lines and searing power chords. As lyrics conjure a Rock N’ Roll afterlife featuring Prince, David Bowie and Merle Haggard, the jittery rhythm only accelerates, popping and locking on the bridge, as Cait, in a moment of meta perfection instructs “insert the bridge here, I think the bridge goes here.”

The action slows for three tracks, the breezy “Collapse,” the reverb-drenched Torch n’ Twang of “At The End Of The World” and the slow-cooked Soul of “L.A./Amsterdam.” The last tune features Cait’s most impassioned vocals over a see-saw tempo that gathers speed, ratcheting up the tension before downshifting for a quiescent denouement.

The album closes with “Goodbye Missamerica.” This piano-driven requiem seems to question this country’s need to save the world while it neglects its own citizens; a contemplative end to a wild ride.