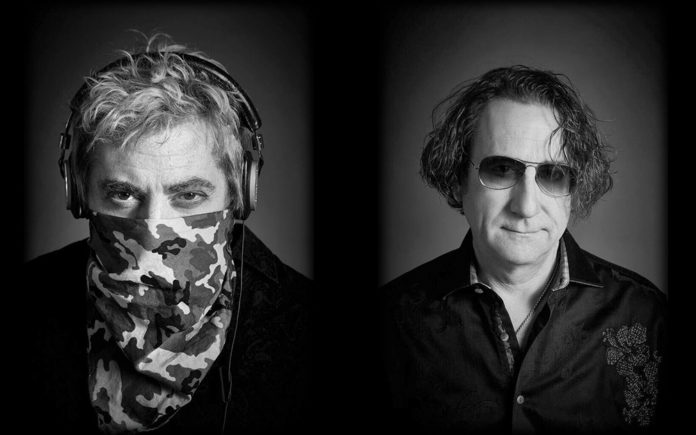 Returning to their core of two members, Chill Magnet is proud to feature TomTom Murray as lead vocals, bass guitar, and keys alongside producer Randy Banis on lead guitar. The LP to be released by SRRecords on June 30th, starts off with a soundscape that most who have experienced the ocean know—foghorns and waves. A chilling resonant sound sets in, distorting the listener’s experience and solidifying that this is going to be one hell of a summer.

A sturdy bass line crashes into the soundscape, leading the way for the lyrics to album opener “Wish U Well”. Chill Magnet begins urging the listener to “dance with the devil one more day.” Any long time listener of Chill Magnet will acknowledge the musical evolution from their EP and singles off of Gringo Mariachi.

Expect to hear a mix of electronic beats, maracas, and lyrics about love found, love lost, and love ignored as heard on their first single off the LP, “Girl on a Wire,” which shares influences from Oasis and Blur mixed with Chill Magnet’s very own “electronic dance rock” feel.

“Breath Away” is one of my personal favorites from the LP. Starting with a crescendo of experimental beats leading to the following deliberate ambient synth, Chill Magnet channels an earlier new wave sound. TomTom’s vocals share a surprise as his voice suddenly soaks in influence from Robert Smith of The Cure, and Bernard Summer of early New Order. Strings throughout the hook add emotion to the lyrics “You take my breath away” being repeated. 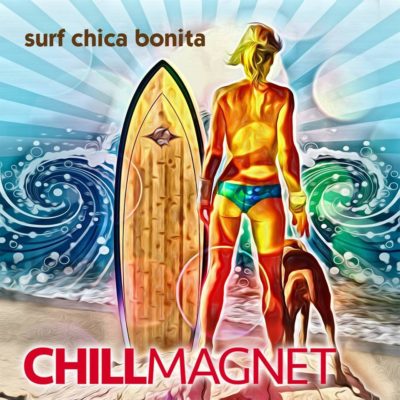 Chill Magnet’s goal with Surf Chica Bonita was to create a mature and experimental album with a surf and psychedelic feeling to it. Chill Magnet is proud to be pioneering the genre “electronic dance rock.” The lyrics penned by TomTom share the desire of not wanting summer to end, making it the perfect soundtrack for summer of 2017.

“Come on Over” cements the seasonal feelings with whimsical vocals featuring guest vocalist Claire Dore, alluring synths, and deep bass riffs. Randy’s guitar plays the extremes during this song. The lyrics encourage escapism, intimacy, and connection ending with “When it’s over/I will love your wicked mind/So come on over.”

With a different feel from the LP, “Vampire” introduces itself with a heavy bass line and distortion, followed by TomTom’s vocals. As the turning point of the album, “Vampire” incorporates a solid driving drum beat by guest drummer Caleb Householder. As the only song on the album with an explicit, “Vampire” paves the way for the second half of the album with lyrics like “Did you ever really mean what you said/Now I want to rip out my soul” reminding us that summer is ending, connections are fragmented, and soon the swimsuits will be put back into the closet.

The second half proves to the listener that this LP has its very own electronic dance rock opera storyline to it, starting us off at the beginning of summer with new prospects for friendships and love and then riddling us with the remorse, loss, and eventual acceptance of the seasons changing and leaving behind the memories of summer.

As the LP comes to an end we find “Rip It Up,” a heavy punk rock song with a driving drum beat. TomTom’s vocals become rough, harsh, and pissed. The intensity of the song continues into the end of the album with the title song “Surf Chica Bonita” the apex of the storyline is revealed in the first verse. TomTom tightly croons, “I saw you surfing with some other guy/A broken prince in exile/I paddle out to sea just to die…”

The LP finishes off with “Worlds Away”, a melodic and upbeat song about the end of the summer. Chill Magnet’s LP Surf Chica Bonita will be released June 30th off SRRecords. Be sure to follow them on Facebook for details about the upcoming album release party.