There are an abundance of new and older movies available for home viewing.  It may take some time to find titles and sources for purchase or rental.  But when you find that terrific movie you forgot about or never heard of, the pay off can be very satisfying, even if you’re not watching on a new 80-inch QLED television.

For the most part, big screen indoor venues remain mostly shuttered for the near future, and patrons still uncomfortable going to theaters that enforce awkward social distancing in their seating.

Disney has pushed back the much-anticipated Scarlett Johansson’s “Black Widow” superhero adventure to May 7, 2021.  Also delayed are Kenneth Branagh’s “Death on the Nile,” Marvel’s “Eternals,” and Steven Spielberg’s “West Side Story.”  United Artist’s James Bond outing “No Time to Die” is still set for November 20.  Check out the terrific trailer on Apple Trailers.

In the meantime, this column will spotlight movies both new and old that deserve to be experienced again or for the first time.

With Halloween around the corner, eerie classics are rising on the Home Theater Top 20 list.

This week, the spooky Hocus Pocus moved up to No. 4, from No. 12, and Tim Burton’s Beetlejuice and The Nightmare Before Christmas join the chart, at No. 11 and No. 16, respectively. Ava holds on to the No. 1 spot, while Alone (No. 7) and The Silencing (No. 19) return to the list, contributing to the thrills. Meanwhile, South Park: Season 24 brought another kind of scare to the chart at No. 13. The first episode of the season is “The Pandemic Special.”

Here are the most widely watched titles on disc and digital during the last week (except for outside subscription-based streaming platforms).

The weekly list showcases enthusiasm for home viewing of the newest film and television releases.

The King of Staten Island (Universal) 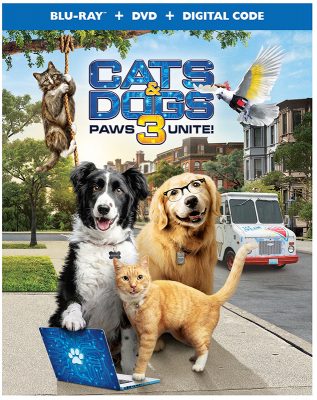 It’s been 10 years since the creation of the Great Truce, an elaborate joint-species surveillance system designed and monitored by cats and dogs to keep peace when conflicts arise.  But when a tech-savvy villain hacks into wireless networks to use frequencies only hard by cats and dogs, he manipulates them into conflict, and the worldwide battle between cats and dogs is back on!

Now a team of inexperienced and untested agents will have to use their old-school animal instincts to restore order and peace between cats and doges everywhere. 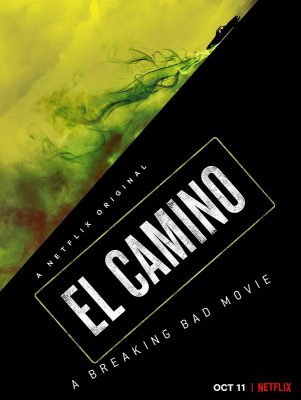 Now fans can reunite with Jesse Pinkman (Aaron Paul) in the wake of his dramatic escape from captivity.  Now he must comes to terms with his past in order to forge some kind of future.  This riveting thriller was written and directed by Vince Gilligan, the creator of Breaking Bad.

Write me, I like hearing from readers and fellow movie buffs.  Question of the week: What movies do you most look forward to seeing — at home or in theaters?