There are some people in the entertainment industry (like Stephen Spielberg) who don’t think films released on streaming platforms like Netflix should be allowed to compete for Academy Awards because they’re not “real” movies!  Or words to that effect.

But seriously, what’s the difference?  Now that home theater screens have gotten significantly larger with stunning improvements to both picture and audio, the viewing experience is not so dissimilar — except for the size of the audience in front of the screen.

But there is certainly something to be said for the shared communal experience of watching a film on a big screen with hundreds of others.

Two well-crafted films formatted for a big theater screen have already garnered huge anticipation and are set to stream this month on Netflix.  Is this the start of a trend?  I hope so. 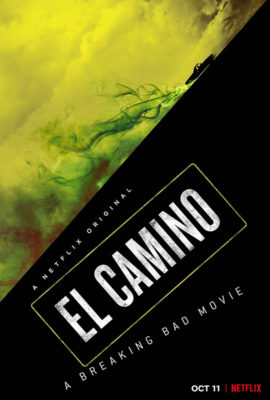 Writer-producer-director Vince Gilligan, the creator of “Breaking Bad” continues the series with a follow-up to the last episode (Felina) during which Walter White’s meth cook and partner Jesse Pinkman (Aaron Paul) escapes from his captors and goes on the run chased by law enforcement.

Gilligan shot this film in a cinematic widescreen aspect ratio reminiscent of old school westerns.  Some people connected with the film call it a “neo noir western.”  The big question is: will Jesse find resolution to the sins of his past as well as his inner turmoil?  The bigger question is whether or not Bryan Cranston will make an appearance as Walter White (I’m guessing he will, probably in a flashback).

The film will get a limited theatrical run and also begin streaming October 11. 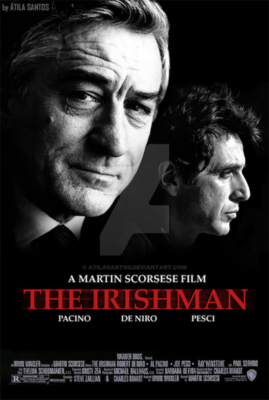 Martin Scorsese revisits familiar territory with this biographical crime thriller about Frank Sheeran (Robert De Niro) as he remembers his time working for the Bufalino crime family.  Now older, the WWII vet recalls his dastardly deed and specifically his involvement with the infamous 1975 disappearance of his good friend Jimmy Hoffa.

This long (three and a half hours) and big budget ($160 million) has been on director Scorsese’s mind for more than a decade.  It’s great seeing Joe Pesci, Al Pacino, Harvey Keitel and Robert De Niro on screen together and under Scorsese’s direction again.

The film will get a theatrical release on November 1 and begin streaming on the 27th. 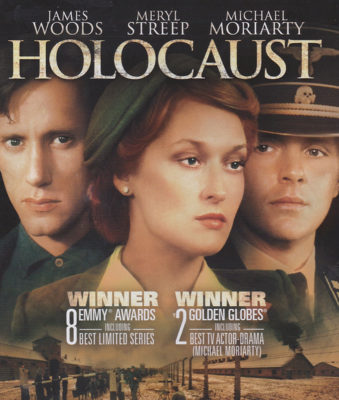 Meryl Streep, James Woods and Michael Moriarty star in this epic miniseries that follows the tragedy and triumph of the Weiss family of Berlin and intertwines their fate as European Jews with the story of a German family, the Dorfs, whose members include a high ranking Nazi officer.

Filmed on location in Germany and Austria, the film uses the stories of these fictional families to portray the atrocities against Jewish people from 1930s to 1945, and presents a heart-warming portrait of their struggle.  Blu-ray.  Paramount. 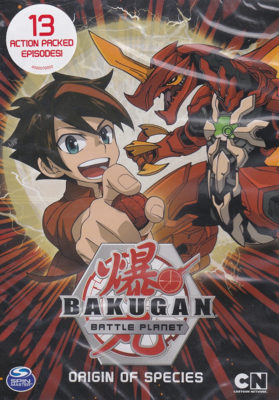 After discovering the mysterious Bakugan race, Dan Kouzo and his best friends return to defend the mysterious creatures in the first volume of Cartoon Network’s global series.

When the Bakugan began emerging from the earth’s crust during the “awakening,” Dan and his best friends Wynton Styles and Lia Venegas discover the Bakugan and immediately form an undeniable bond.  Together they go face-to-face against those who are looking to enslave, control and destroy the alien creatures.

This series has a devoted cult following that sees it as a metaphor for real world events.  DVD.  Cartoon Network/Warner bros. 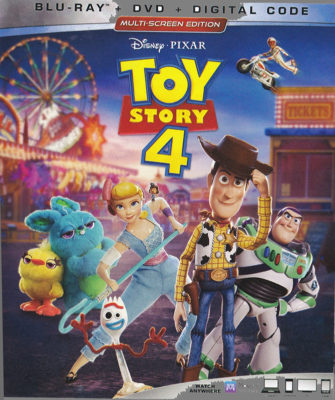 The theatrical release has been covered on these pages, but the great looking hi-def home video is a joy to watch even if you’ve seen it on a bigger screen.   Especially poignant is the relationship of Woody (voice of Tom Hanks) and Bo (Annie Potts) as they come to terms with their very different lives as toys and something even more troubling.  Don’t miss this beautiful and unexpectedly emotional film that brings the series to a fitting close (?).  Generous extras.  Blu-ray.  Disney.