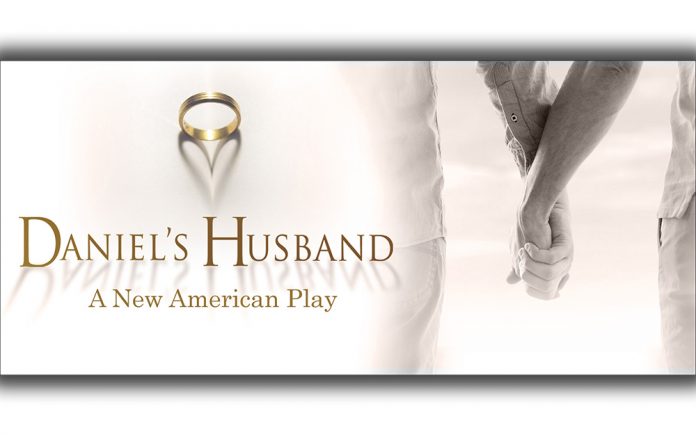 There are few things more exciting for an audience member than to walk out of a show and feel as if they have witnessed something immensely personal and significant. A show whose incredible impact continues to linger long after the curtain has come down.  Such is the case with Dezart’s production of Michael McKeever’s drama, “Daniel’s Husband.” 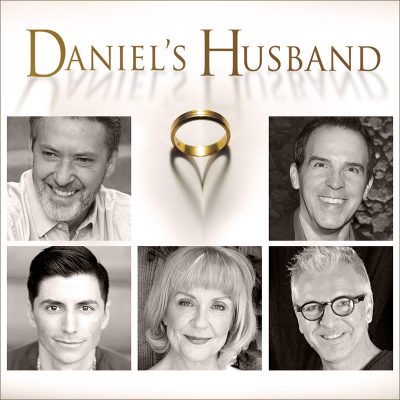 The story begins by luring the viewer in to a sense of well-being and normality.  A gathering of friends.  Daniel, (Michael Shaw,) and Mitchell, (David Youse) are happy and secure in their seven-year relationship.  They live a good life.  Daniel is an architect and their home reflects his impeccable taste. (Thomas L. Valach’s authentic and elegant set design sets the perfect scene.) Mitchell, is a successful fiction writer who calls himself  “the 21st century gay equivalent of Barbara Cartland.”  Daniel and Mitchell’s long term and stable relationship is in direct contract to their friend Barry, (Chuck Yates,) a middle-aged man who prefers fleeting relationships with younger men.  Twenty-something Trip, (Hanz Enyeart,) is Barry’s love de-jour, though before the second scene, Barry has moved on.  Laughter, friendship and deep thoughts light the stage as the topic of marriage arises and Mitchell begins his soliloquy on the topic and why he is opposed to marriage, regardless if it’s between Heterosexual or Homosexual couples.  Daniel wants to be married, but the evening ends without a resolution on the subject.  Daniel and Mitchell prepare for a visit from Daniel’s mother, Lydia, (Deborah Harmon.) Lydia, a woman with more time and money on her hands than she knows what to do with, appears to be the perfect mother, she loves that her son Daniel is gay and seems to adore Mitchell. 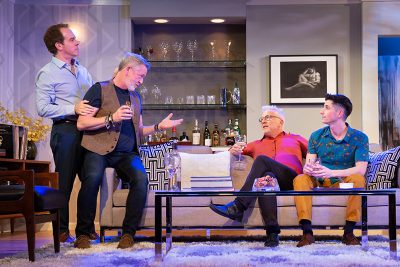 Few of life’s journeys follow a safe and straightforward path and without warning, McKeever’s script throws the lives of his characters a dramatic twist and we are left with the awareness and understanding that hindsight and insight are always seen best in a rearview mirror.

Darin Anthony directs this quality drama, presenting every piece of the story in a kaleidoscope of raw emotion and performances that will leave you understanding what brilliant theatre does to the soul. 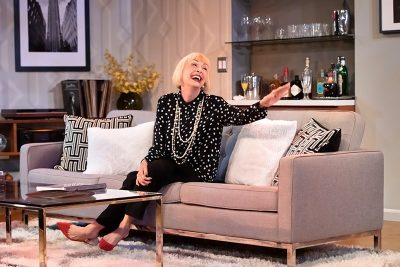 This cast undeniably brings their A-game to this production. Shaw and Youse, as David and Mitchell, share so much beautiful chemistry.  Both actors have the ability to seduce the audience and pull them in for the ride.  They made me laugh and cry with their perfect yin and yang persona’s.   Youse, was absolutely mesmerizing in his deeply personal and heart wrenching performance.

Yates as Barry, the Peter Pan character who never wanted to get old, was touching as the perfect friend who makes you laugh in the best of times and then hands you a drink when the tides turn.

Enyeart, the young and inexperienced Trip, who started out as Barry’s throw-away lover, gave such warmth and depth to this role and was an integral part of the heart of the story.   And last, but certainly not least, Harmon, as Daniel’s mother Lydia, gave the most imperfectly human performance of all.  Harmon was so believable in her earnestness as this deeply flawed woman with good intentions and selfish motivations.

“Daniel’s Husband,” is without doubt, one of the best shows you will see on the stage in 2020.  It is the culmination of an incredible script, deeply profound performances by top tier actors and a flawless production, with set design, Thomas L. Valach, Lighting design, Derrick McDaniel, Costumes, Michael Mullen, and sound design by Clark Dugger, all merging into a symphony of drama that will cling to your psyche long after the curtain comes down.

If there are tickets left, grab them.  This is one of the hits that Dezart will long be celebrating in the days ahead.