Culture Club – consisting of singer Boy George, guitarist Roy Hay, bassist Mikey Craig, and drummer Jon Moss – took the world by surprise in 1982 when they dropped their hit single “Do You Really Want To Hurt Me.”  Coming up in the era of synth based new wave, Culture Club took the route of a reggae/soul sound.  This move paid off and helped them have three Top 10 singles on the U.S. charts from their debut album, Kissing To Be Clever.  Not since the Beatles, had any band had three Top 10 hits on a debut album.

Their sophomore offering, Colour By Numbers, was an even bigger selling album topping the UK charts and peaking at No.2 on the U.S. charts.  Their hit, “Karma Chameleon,” off of Colour By Numbers is their biggest hit.  “Karma Chameleon” ended up hitting No.1 in 30 countries.  After two more albums, Culture Club broke up.  They would reunite several times since, and even record a new album in 1999.

In 2014, Culture Club headed to the studio again to record with producer Youth (Paul McCartney, Killing Joke, The Orb, and more.) The band announced a tour to follow later that year and the album release shortly after the tour; neither of which came to fruition.  After some complications, the band bounced back for a highly successful mini tour in 2015.  The success of the mini tour helped the four original members launch a full tour in 2016. 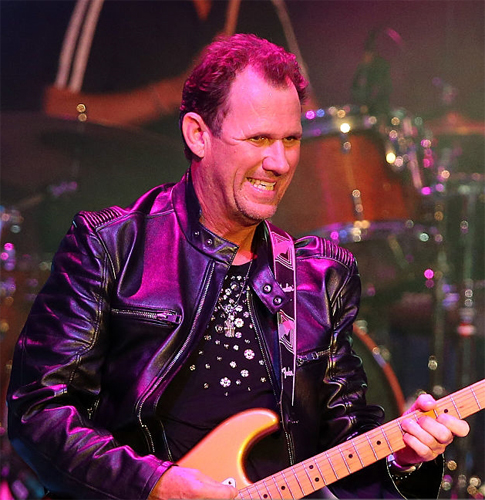 CV Weekly had the privilege of interviewing guitarist Roy Hay.  We discussed everything from recording the new album to his experience at Desert Trip.

CV Weekly: What did Youth bring to the classic Culture Club sound when you recorded with him in 2014?

Roy Hay:  “You know I hadn’t really done much song writing in a while.  Youth has a great studio in Spain and we booked ourselves some time down there.  He let us just play basically.  He let us be a band again.  It was really fun.  We hadn’t done that in a really long time.  It might even come out one day.  I’m actually going back to London after the tour and we’re going back into the studio to do more tracks.  Hopefully we’ll get it out in the fall of next year.”

CVW: Are you going to be recording with Youth again?

RH:  “No, we’re going back to a little studio in London.  We may go back in with Youth one day.  I’d like to.  I also bumped into Trevor Horn (Frankie Goes To Hollywood, Pet Shop Boys, Tori Amos) the other day in the airport and talked to him about it.  I’d also like to do a couple with him since we never got to work with him in the 80’s.  Trevor is very special, and it’d be great to have a go with him.”

CVW:  Was it easier to escape the nostalgia circuit since Culture club is less of a synth based new wave band and have more of a reggae/soul root to your music?

RH:  “That’s an interesting question.  I think our music has transcended just 80’s.  I mean I hear our music on other stations.  However, the image is locked in the 80’s a bit and it’s sort of tough to shake.  You know, one of the reasons the album hasn’t come out yet is we thought we needed to get the brand back out there and see that people remember the band and see us as not just an ongoing nostalgia act.  People often think nostalgia is a dirty word, in fact George even does.  I’m not so sure.  Having just been to Desert Trip, that’s pure nostalgia.  I think the saddest thing about the whole concert was when Paul McCartney brought Rihanna out.  I thought, ‘You’re Paul McCartney man, you don’t need Rihanna.’  To me, Rihanna could spend the rest of her life at No. 1, she will never compete with Paul McCartney.  All Desert Trip was missing was Zeppelin.  Those are the bands I grew up with.”

CVB:  I know you’ll be playing the hits, and possibly some from the new album, but are there old songs you’d like to play live that you don’t get to?  Ones that never got a fair shake or maybe a personal favorite?

RH:  “Well every now and then we go back into the catalogue and mess around with a couple, but they never seem to make it to the set for more than a couple of shows.  The one that we have introduced is “The War Song.”  We do a kind of very cool broken down, dynamic, version of the song which is really cool.  We come out and hit you right between the eyes with a few hits, then take you down with a little reggae section, then do some of the ballads, then a funky section in the middle with some new songs, and go out with a bang and come back with a few surprises.”

RH: “We’ve got a kick ass band.  A horn section, a percussion section, and the girls we found are out of this world. It’s added another level to it. They blend well with George’s voice.  It’s a big sound.  It’s an expensive show, I’ll tell you that. We’re spending the money we make to give the fans a great show.”

CVW:  That brings me back to Desert Trip.  Roger Waters got paid a ton of money, I’m sure, but with the production, he couldn’t have pocketed much.

RH:  “That 5.1 surround sound was fantastic.  Animal is actually my favorite Pink Floyd album and I couldn’t believe it when he went into “Dogs.”  I was so excited.  With the surround sound, I thought to myself, ‘I’m never going to hear this like this again, so enjoy every note of it.’”

CVB:  What feels different about the band and your performances compared to when you first started?

RH: “Well I think everyone is a little more accomplished and a little more confident.  We were kids when we started and we were doing our thing, and then within a year, we were playing arenas.  It was awesome.”

CVB:  During the band’s initial stardom, do you think George’s flamboyant style distracted from what you, Jon, and Mikey were doing musically, because those first two albums were very sophisticated stylistically.

RH: “In retrospect I think maybe we should have slowed it down.  I think we maybe should have sat back a little bit after the first two albums and really thought about it rather than going ahead with the next two.  I actually really liked the From Luxury To Heartache album.  I thought it was a very good piece of work, but there was a lot of stuff going on with George.  I think that hat became bigger than the music… yeah, that’s how we say it around here.  Now there’s quite a good balance, because he’s such a great frontman now.  A lot of people come to see George.” 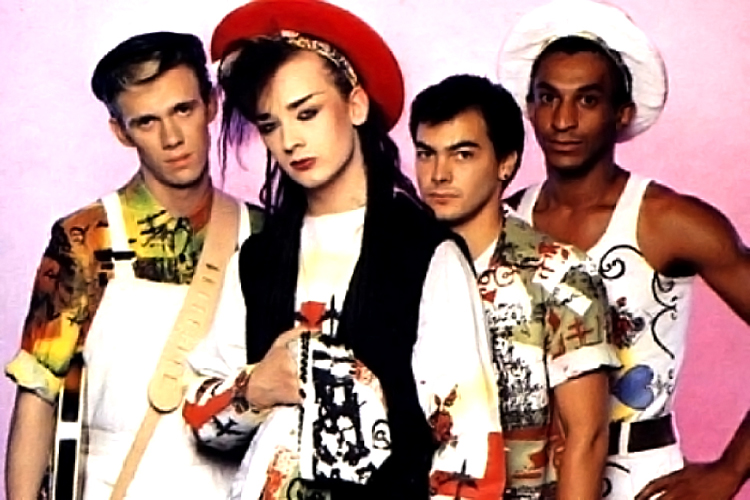 CVW:  If you could distill Culture Club’s lasting influence and long term impact into one idea, what would that be?

RH:  “You know I always say if you grew up with Culture Club posters on your wall, you might be a slightly more open minded person.  I like to think we had a bit of a message of tolerance, love for your fellow man, and open mindedness and I think, hopefully, that translated.  We didn’t attach ourselves to any style of music and didn’t attach ourselves to any style of dress, or sexuality, or race, or anything.  I think that’s quite a worthwhile thing to have done in your life, so I’m quite proud of that.”