Last Sunday evening, The Hood Bar and Pizza once again played host to the 5th round of competition for the 4th Annual CV Music Showcase where the desert’s best musicians from multiple genres go head to head with their eye on the final prize which includes, $2,000 cash, studio recording time with David Williams owner of Melrose Music and a photo shoot with Steven Young Photography.

The judges for the night included Julie Montante owner of PSA Organica and the 420 Lounge, TK Program Director from 93.7 KCLB and David Williams of Melrose Music. 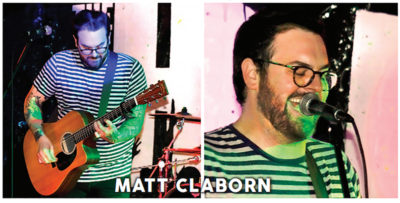 The first to take the stage is no stranger to stages all over the desert. Local crooner, Matthew Claborn, performed a strong, passionate and heartfelt acoustic set that not only showcased his compellingly distinct vocals, but his fantastic guitar skills. Truly a writer’s, writer…Claborn’s music is lyrically driven and dripping with heart. There is something beautifully dark about so many of his songs, yet, he is simultaneously giving you a piece of soulful Americana in his style. He truly is a compelling performer and if you ever get a chance to check him out live, do so without hesitation.

Member in good standing with local, hip hop supergroup, Death Merchants; Nolan Lowlife brought his solo act to the Hood stage and did not disappoint. Being in a multi-genre competition can be an uphill battle for a rapper but, “A games” were brought by all and Nolan showed heart and soul that accompanied high energy, confidence and lyrical prowess. His DJ provided tracks that had the kind of kickback flow that you crave from West Coast rap which highlighted a set that was polished and solid. There is no surprise as to why Nolan oozes confidence in his performance; with 5 albums under his belt over the past decade, Nolan Lowlife is a virtual veteran of the desert hip hop scene. That said, I am looking forward to seeing a lot more from him in the future. 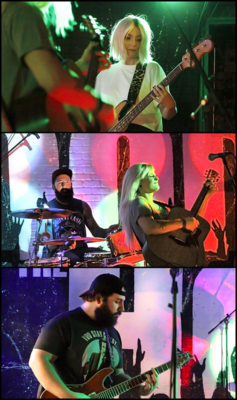 Jetta King will join previous Showcase Finalists: Empty Seat, Giselle Woo & The Night Owls, Ormus and Derek Jordan Gregg at the ultimate showdown! The CV Music Showcase Finals are on Saturday, May 4th at The Hood Bar& Pizza. $5.00 at the door.