Two disappointing feature films dabble in movie tropes that tap into two fundamental emotions that are the life-blood of contemporary cinema: fear and faith.  Neither film is noteworthy or particularly effective in triggering those feelings. 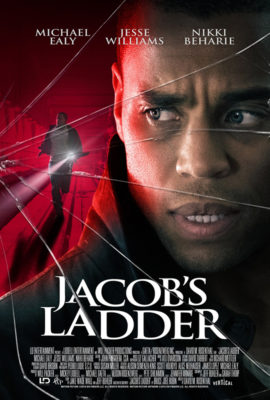 This remake of the disappointing but still better Adriane Lyne directed 1990 existential horror offers little to recommend it.  It’s easily among the worst films of the year.

Jacob Singer (Michael Ealy), a successful surgeon in a VA hospital, is finally getting his life back together after the death of his brother in Afghanistan.  He’s got a beautiful wife and a new-born child.

One day a stranger tells him his brother’s actually alive and living in an underground shelter with other homeless vets.  Singer searches for him, begins hallucinating, thinking he’s being followed. He becomes paranoid about what really happened to his brother.  When he finds that his brother is truly alive and addicted to an experimental drug, he uncovers an incredible secret for which he’s unprepared.

Somewhere embedded deep within this mess, there’s a metaphor for PTSD that hints at horror but fails to deliver on the fear factor in spite of its intermittently cool visual and pretentions. 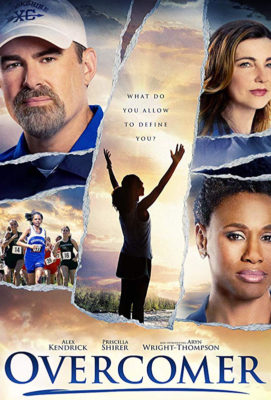 Life changes overnight for coach John Harrison when his high school basketball team dreams of a state championship are destroyed by unexpected news. It seems the largest big steel plant in town is shutting down and hundreds of families are leaving town.  John and his family now face an uncertain future.

After reluctantly agreeing to coach cross-country track, John and his wife Amy meet an aspiring athlete who’s pushing her limits on a personal journey toward discovery. Inspired by the words and prayers of a new-found friend, John becomes the least likely coach helping the least likely runner attempt the impossible in the biggest race of the year. 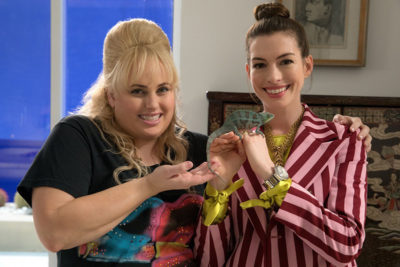 The two leads almost make a comedy team, i.e, if the plot, main characters and locale were more imaginative.

Rebel Wilson is awful and Anne Hathaway is as always beautiful but not particularly funny in this heavy-handed, overtly preachy feminist reboot.   Caveat emptor.

For what it’s worth, extras include behind-the-scenes footage, commentary (from cast and filmmakers) and more.  Something went wrong but the commentary offers no insights.  MGM/Universal. 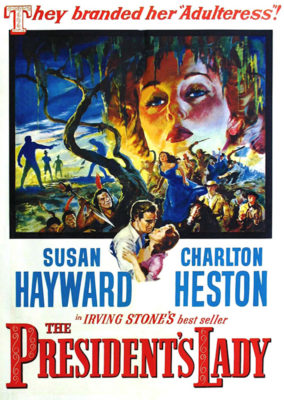 Henry Levin’s romantic frontier adventure is based on Irving Stone’s 1951 bestseller that adheres closely to the truth of the lives of the seventh U.S. President and his wife.

This first-ever authorized release in a hi-def transfer stars Susan Hayward and Charlton Heston who are just about perfect as the beautiful frontier woman (the unhappily married Rachel Donelson) and the Indian fighter, Tennessee lawyer and future White House resident (Heston’s first of two vigorous screen portrayals of Old Hickory).

GODZILLA: KING OF THE MONSTERS 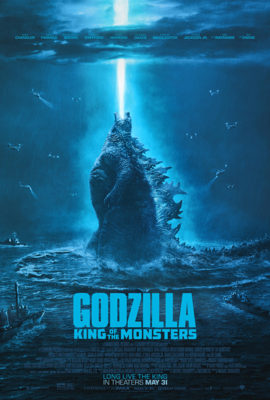 The new chapter in the ever-expanding Godzilla saga follows the crypto-zoological agency Monarch as its members bravely face a multitude god-sized monsters, including mighty Godzilla, Mothra, Rodan, and his ultimate nemesis, the three-headed King Ghidorah. When these ancient super-species – wrongly thought to be mere myths – rise again, they fight for supremacy, leaving humanity’s existence dangling in the balance.

“Godzilla: King of the Monsters” is Big, loud and dumb.  And that’s not necessarily a bad thing, especially in 4K UHD!  It doesn’t need an original story since, like all kaijū movies, the only requirement is awesome monsters, epic fights and some not so subtle social commentary.

Director Michael Dougherty seems torn between dazzling us with the hulking immensity of the action scenes or wagging his finger at us for the environmental hubris of our species.  Warner Bros. Home Ent.