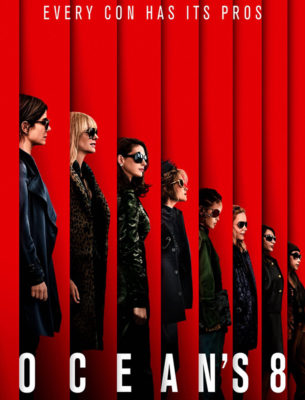 In real time, it’s been 58 years since director Lewis Milestone’s Rat Pack edition of Ocean’s Eleven (an uncredited Billy Wilder contributed to the writing) was on the big screen.  In 2001, Steven Soderbergh directed the first of his Ocean’s trilogy. Two more followed in 2004 and 2007.

There’s no reinvention of George Clooney’s formula here, but the crew’s camaraderie and talent make for a fun female heist flick that combines fashion wit. I was surprised that Gary Ross directed instead of a feminine hand on the helm. I missed the heart and suspense this repackaged formula could have used. 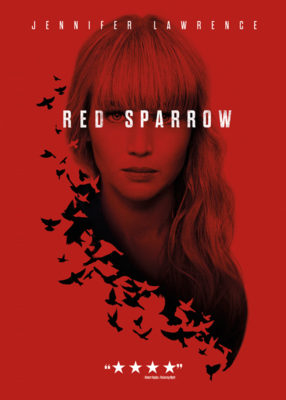 The same name best-selling book from local CV author and former CIA agent (not spy) Jason Matthews was the source for director Francis Lawrence’s stylish drama set in contemporary Russia and based on real Soviet “sexpionage” practices. Nice location work in Hungary, Austria and Slovakia adds greatly to the convincing look and tone of the film.

Author Matthews was an advisor on the production and Jennifer Lawrence studied with the New York City Ballet while preparing for her role of Dominika Egorova, a famed Russian ballerina who supports her ill mother. Following a horrible leg injury, she’s contacted by her uncle Ivan, who works in Russian intelligence. She is tasked with seducing Dimitry Ustinov, a Russian gangster, in exchange for her mother’s continued medical care. Ustinov rapes her, but is killed by Matorin, a Russian operative authorized by Ivan. Ivan offers Dominika a choice to begin working for Russian intelligence, or be executed so there are no witnesses. She’s sent to train as a Russian operative, known as a ‘Sparrow’, capable of seducing her targets.

Dominika excels in her training, despite friction with her trainers, and is assigned to Budapest where her life becomes more complicated and dangerous since her involvement with an American CIA agent. Lawrence is terrific in the demanding lead, but the movie is a bit of a let down. There’s an interesting director’s commentary and the 90 plus minutes of extras about spying, the cold war and tradecraft are very watchable. 29th Century Fox. Blu-ray/ 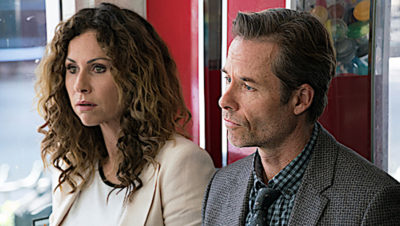 Evan Birch (Guy Pearce) is a family man and popular professor of philosophy at a distinguished college. When a female student goes missing his wife (Minnie Driver) question his alibi because of previous dalliances. Brusque Detective Malloy (Pierce Brosnan) has even more reason to be suspicious when crucial evidence makes Evan the prime suspect in the young woman’s disappearance.

A great cast in this nice-looking thriller does their best to make everything work, but the screenplay lacks suspense and the third act has too many twists and false endings that further detach the audience from the world of the story.

There are some clever philosophical exchanges, but this film – and story – goes nowhere. The deleted scenes and commentary by director Simon Kaijser don’t help.  Lionsgate.  Blu-ray.

A WRINKLE IN TIME 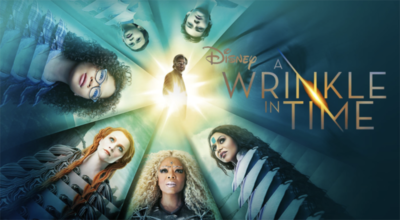 It’s been more than 50 years since Madeleine L’Engle’s heart-felt story of a young girl’s coming of age through time and space was awarded the prestigious Newberry Medal.

This is the second version of L’Engle’s novel for Disney. And maybe not the best one. (There was a 2003 TV movie.)  Director Ava DuVernay has a great eye for composition and an understanding of the emotion of a scene, but the story as filmed departs from the book in many little ways that greatly impact the emotional threads of the story.

The first act is kind of weak, and the kids are undeveloped as are Mrs. Whatsit (Reese Witherspoon), Mrs. Which (Oprah Winfrey) and Mrs. Who (Mindy Kaling) the three celestial guides. I loved how the book had one guide at first seem to be a homeless woman. Are they archetypes (of what?), fallen stars or angels?

Strangely, the Charles Wallace character is more annoying in the film than the mostly quiet (at school) genius he is in the book. 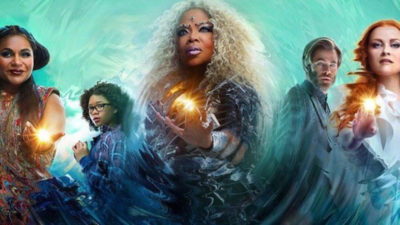 There’s a somewhat smarmy “inspirational” thread that surfaces from time to time but the best element for me is the subtle and refreshing notion that there may be little separation between true religion and real science – especially astrophysics. Eye-popping effects and the positive message of self-confidence, inclusion and nurturing one’s imagination are a nice mix in this family film.

The exceptional book title and original cover art linger long in a generation’s memory, perhaps even more than the story itself. Certainly long after the movies have faded away. At a screening I attended, one young adult said he he’d love to see this again “on shrooms.”  Disney.  4K Ultra HD.