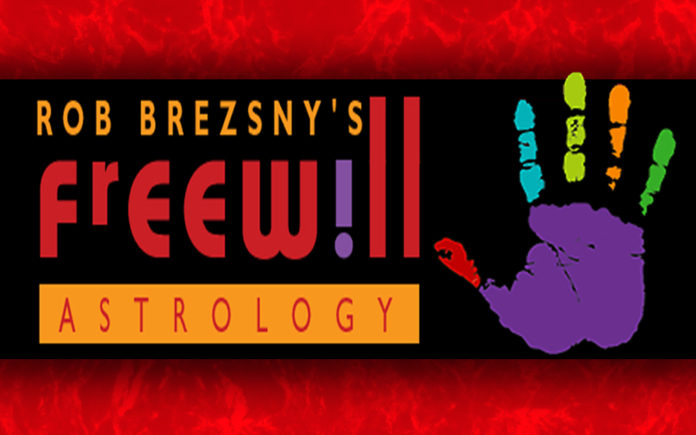 ARIES (March 21-April 19): During the coming weeks, everything that needs to happen will indeed happen only if you surprise yourself on a regular basis. So I hope you will place yourself in unpredictable situations where you won’t be able to rely on well-rehearsed responses. I trust that you will regard innocence and curiosity and spontaneity as your superpowers. Your willingness to change your mind won’t be a mark of weakness but rather a sign of strength.

TAURUS (April 20-May 20): In the animated kids’ film Over the Hedge, ten talking animals come upon a massive, towering hedge they’ve never seen. The friendly group consists of a skunk, red squirrel, box turtle, two opossums, and five porcupines. The hedge perplexes and mystifies them. It makes them nervous. There’s nothing comparable to it in their previous experience. One of the porcupines says she would be less afraid of it if she just knew what it was called, whereupon the red squirrel suggests that from now on they refer to it as “Steve.” After that, they all feel better. I recommend that you borrow their strategy in the coming weeks. If a Big Unknown arrives in your vicinity, dub it “Steve” or “Betty.”

CANCER (June 21-July 22): Musician Carole Kaye is the most famous bass guitarist you’ve never heard of. Over the course of five decades, she has plied her soulful talents on more than 10,000 recordings, including gems by Frank Zappa, Stevie Wonder, Frank Sinatra, Simon and Garfunkel, and the Beach Boys. Twenty-seven-time Grammy winner Quincy Jones has testified that Kaye has written “some of the most beautiful themes I’ve ever heard in my life” and that she “could do anything and leave men in the dust.” I trust this horoscope will expand the number of people who appreciate her. I also hope you’ll be inspired to become more active in spreading the word about the gifts that you have to offer the world. It’s high time to make sure that people know more of the beautiful truth about you.

LEO (July 23-Aug. 22): “When you want happiness, what are you wanting?” asks aphorist Olivia Dresher. The repeat of an event that made you feel good in the past? A sweet adventure you’ve thought about but never actually experienced? Here’s a third possibility. Maybe happiness is a state you could feel no matter what your circumstances are; maybe you could learn how to relax into life exactly as it is, and feel glad about your destiny wherever it takes you. In my opinion, Leo, that third approach to happiness will be especially natural for you to foster in the coming weeks.

VIRGO (Aug. 23-Sept. 22): There are old traditions in many cultures that pay special attention to the first brick or stone that is laid in the earth to initiate the construction of a future building. It’s called a cornerstone or foundation stone. All further work to create the new structure refers back to this original building block, and depends on it. I’m pleased to inform you that now is a favorable phase to put your own metaphorical cornerstone in place, Virgo. You’re ready to begin erecting a structure or system that will serve you for years to come. Be sure you select the right place for it, as well as the best building materials.

LIBRA (Sept. 23-Oct. 22): Born under the sign of Libra, Ivan Kharchenko (1918–1989) was a military officer and engineer for the Soviet army. His specialty was disarming explosive devices before they detonated. Over the course of his career, he defused an estimated 50,000 bombs and mines. Let’s make him your patron saint for the coming weeks. Why? Because I suspect you will be able to summon a metaphorical version of his power: an extraordinary capacity to keep volatile situations from blowing up. You’ll be a virtuoso at waging peace and preventing strife.

SCORPIO (Oct. 23-Nov. 21): There was a time, less than a century ago, when pink was considered a masculine color and blue a feminine hue. In previous eras, many European men sported long hair, wore high heels, and favored clothes with floral patterns. Franklin D. Roosevelt, one of America’s most prominent twentieth-century presidents, sometimes wore skirts and feather-bedecked hats as a child. With these facts as your keystone, and in accordance with astrological omens, I encourage you to experiment with your own gender expressions in the coming weeks. It’s prime time to have fun with the way you interpret what it means to be a man or woman—or any other gender you might consider yourself to be.

SAGITTARIUS (Nov. 22-Dec. 21): According to estimates by population experts, about 109 billion humans have been born on planet Earth over the millennia. And yet I’m quite sure that not a single one of those other individuals has been anything like you. You are absolutely unique, an unmatched treasure, a one-of-a-kind creation with your own special blend of qualities. And in my prophetic view, you’re ready to fully acknowledge and celebrate these facts on a higher octave than ever before. It’s high time for you to own your deepest authenticity; to work with extra devotion to express your soul’s code; to unabashedly claim your idiosyncratic genius.

CAPRICORN (Dec. 22-Jan. 19): We don’t know as much about European history between the sixth and ninth centuries as we do about other eras. Compared to the times that preceded and followed it, cultural and literary energies were low. Fewer records were kept. Governments were weaker and commerce was less vigorous. But historians don’t like to use the term “Dark Ages” to name that period because it brought many important developments and activities, such as improvements in farming techniques. So in some ways, “Lost Ages” might be a more apropos descriptor. Now let’s turn our attention to a metaphorically comparable phase of your own past, Capricorn: an era that’s a bit fuzzy in your memory; a phase about which your understanding is incomplete. I suspect that the coming weeks will be an excellent time to revisit that part of your life and see what new evidence and insights you can mine.

AQUARIUS (Jan. 20-Feb. 18): Why do some American libraries ban certain books, ensuring they’re unavailable to local readers? The reasons may be because they feature profanity or include references to sex, drug use, the occult, atheism, and unusual political viewpoints. Marjane Satrapi’s Persepolis is one of the most frequently censored books. Others are Maya Angelou’s I Know Why the Caged Bird Sings, Beloved, by Toni Morrison, and The Kite Runner, by Khaled Hosseini. In my astrological opinion, these are exactly the kinds of books you should especially seek out in the coming weeks. In fact, I suggest you commune with a variety of art and ideas and influences that are controversial, provocative, and intriguing.

PISCES (Feb. 19-March 20): At the age of 97, Piscean cartoonist Al Jaffee is still creating new material for the satirical Mad magazine, where he has worked since 1964. There was one 63-year stretch when his comic stylings appeared in all but one of Mad‘s monthly issues. I nominate him to be your role model during the next four weeks. It’s a favorable time for you to access and express a high degree of tenacity, stamina, and consistency.