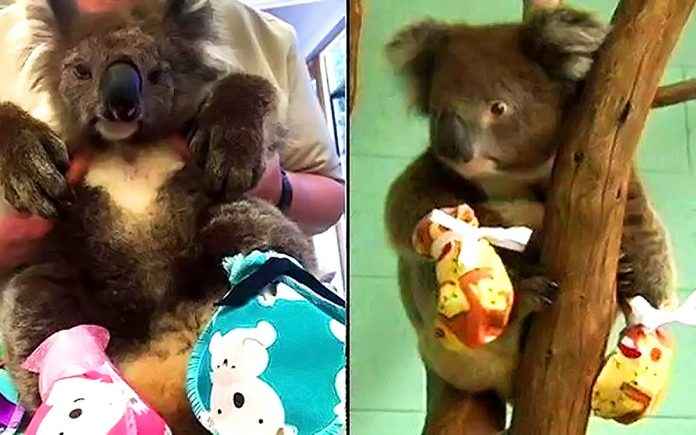 The world watches the devastating news as the bush fires continue to rage throughout Australia destroying 28 million acres so far, an area the size of the state of Louisiana.  We mourn the loss of the 25 people killed thus far, and despair as we learn over 2,000 homes have been destroyed.  As animal lovers, we are heartbroken to see footage of burned Koalas drinking from rescuers’ water bottles, and view herds of desperate kangaroos running from the flames.

Ecologist and professor at the University of Sydney, Chris Dickman, estimates that a billion animals may have perished (a number that only includes mammals, birds and reptiles).  The numbers are staggering, and the survival of some species is now in jeopardy.  Survivors suffer from burns, smoke inhalation, and the destruction of their food supply.  Experts predict it could take decades for Australia’s wildlife to recover.

We savor the good moments when firefighters from around the world arrive to help the struggling Australian firefighters who battle the endless blazes with little rest.  Our hearts are warmed with the story of brave volunteers who ventured into scorched areas to rescue the dogs at the Bargo Dingo sanctuary.  We watched in amazement a video of a woman rescuing a burnt koala, bundling it up in her shirt and racing to safety.  We cried collective tears when we learned the rescued koala named Lewis perished from his wounds at a koala hospital a week later. 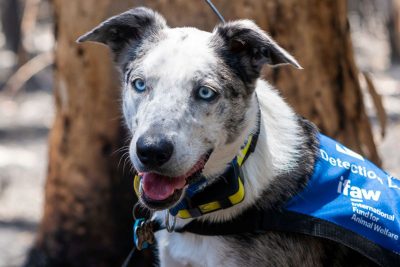 Rescuers are assisted by an amazing 4-legged hero named Bear.  Once an abandoned puppy, this Border Collie-Koolie-Cattle mix dog, is now deployed helping the search and rescue of koalas and quolls (small Australian marsupials).  Discarded by an owner who claimed the dog didn’t like to play, Bear was rescued and trained at the Sunshine Coast University to track and rescue sick and injured wildlife for conservation purposes.  With a dog’s amazing sense of smell, Bear was recently trained to detect the location of koalas and quolls. Wearing protective socks to protect him from the scorched earth, Bear now works valiantly to help save these little fire victims.  The International Fund for Animals (IFAW) is sponsoring Bear’s mission.

Massive efforts are underway to assist the animal fire victims, with domestic rescue groups and wildlife hospital services working tirelessly around the clock.  Planes are doing massive food drops in areas where surviving animals are in peril from the destruction of their food sources.  Automatic drinking stations are being installed in key locations to provide water for wildlife.  Crafters knit mittens for injured koalas and sew pouches for marsupials.  The Australians are passionate about their animals, and want to do all they can to save their national emblems.

Many of the fire areas are yet to be declared safe for volunteers and wildlife professionals to enter.  Once the fires are extinguished, the work for these care givers becomes even more challenging.    How can you help?  Our local Living Desert provided a website www.zoo.org.au where you can find a link to donate to an Emergency Wildlife Fund.

The Port Macquarie Koala Hospital has a GoFundMe www.koalahospital.org.  They are currently caring for an endless stream of sick and injured koalas.  The hospital celebrates small victories, including the recovery of fire victims Paul and Anwen, recently moved from Intensive Care to the outdoor Rehabilitation yards.

WIRES www.wires.org.au is another wildlife nonprofit rescue organization that rescues and cares for thousands of injured and orphaned animals.  The World Wildlife Fund Australia www.wwf.org.au is directing efforts towards long term preservation of koalas, as their survival was already under threat from deforestation, disease, and invasive species.  We have a responsibility as stewards to help these helpless creatures who depend upon us for survival.