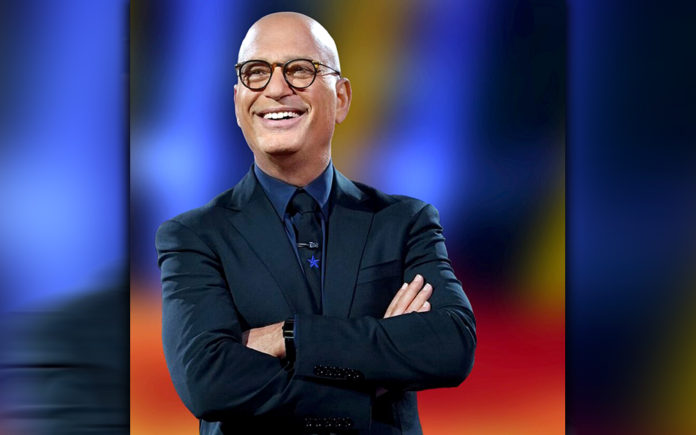 Howie Mandel has been a show business force for more than 30 years. From his star turn as Dr. Wayne Ficus on the Emmy Award-winning medical drama “St. Elsewhere” in the 1980s, to creating the beloved children’s animated series “Bobby’s World” in the ’90s, to his current stint as a judge on the hugely popular “America’s Got Talent,” the Toronto native has found success across the entertainment spectrum.

But it’s stand-up that Mandel, 63, refers to as his “savior.” The stage, he says, is the only place he truly feels comfortable in his own skin.  He released his first solo special in 20 years, “Howie Mandel Presents Howie Mandel at the Howie Mandel Comedy Club,” earlier this year to rave reviews, and on Saturday, August 3rd he performs at Fantasy Springs Resort Casino in Indio. Mandel spoke to us in advance of the show and touched on a variety of topics, including his well-documented mental health struggles, how politically correct culture has changed comedy and why he has no time for quiet time.

CV WEEKLY:  Good morning, Howie. How are you?

CV WEEKLY: Good. Excited to talk to you. You’ve had a really diverse career that has spanned decades —

MANDEL: [Interrupts] “I don’t know if my career has been diverse, I’ve just been a white guy.”

CV WEEKLY: [Laughing] That’s true. What I mean is you’ve done many different things in entertainment. What are you most recognized for today? What do people say to you on the street?

MANDEL: “Currently, ‘America’s Got Talent.’ What was interesting in my career, in the late ’70s and early ’80s, people knew me from HBO as a stand-up comic. Then when I started on ‘St. Elsewhere’ I got all this mail saying, ‘I have a bet with my husband that you’re not the same guy that blows up the rubber glove.’ Then I started doing Saturday mornings with ‘Bobby’s World,’ which is a whole new audience of young parents watching with their kids, and they have no idea that the guy doing the voice was on ‘St. Elsewhere’ or was the comic from HBO. And when I did movies, nobody knew I did the voice of Gizmo [Gremlins] and nobody knew I was Maurice from ‘Little Monsters,’ so I’ve always had this very eclectic, bizarre audience that was split. Not until I did ‘Deal or No Deal’ did they all come together. But the one through line that people don’t realize is stand-up. I’ve never stopped doing stand-up. Up until 10 years ago I did almost 300 dates a year, and now I do maybe a hundred because I’m doing so much television. But stand-up is my favorite place, my most comfortable place, and is the one thing that informs almost everything else I do. Even today I get Tweeted or email or text or on Intagram, people write, ‘you should do stand-up.’ Well yeah, I do.”

CV WEEKLY: Growing up in Canada, who were your comedy influences?

MANDEL: “Growing up I didn’t have any comedic influences. I just loved laughing, and ‘Candid Camera,’ and Steve Martin and Wood Allen and all these people I used to see on ‘The Tonight Show.’ Not until I got into stand-up comedy on a dare, you know I came down here [to Los Angeles] in the late ’70s and was hanging out at The Comedy Store. The person who influenced me the most, and you will not see a trace of him in me but he’s my comedy god, is Richard Pryor. And it was just his delivery and his honesty, and I watched him work. I watched him each and every night put together ‘Live On the Sunset Strip.’ I watched him cobble that together and work on that, and just the reality and the bravery and the honesty and the authenticity of somebody talking about really tough times in their life. And he started putting that together right after he was burned, you know in that freebasing accident, and this is his first thing back. I was just like, oh my god. This is how you do it.”

CV WEEKLY: Do you feel like performing stand-up is a kind of therapy or a way of coping with life?

MANDEL: “I can’t speak for everybody but that’s the only thing I do it for. I don’t care about notoriety or money or fame or fortune. I found this by accident and my time on stage is my most comfortable time in life. I’ve been very open about battling mental health — anxiety and depression and OCD and ADHD — and the only time I feel purely in the moment is on stage. So it is my savior.”

CV WEEKLY: Speaking of anxieties, what’s the most awkward social encounter you’ve had with another celebrity?

MANDEL: “Every encounter with a celebrity is awkward and uncomfortable for me. You know, I always tell people, probably the most famous victim of OCD was Howard Hughes, whose life at the end was alone in a room naked in the fetal position urinating into a bottle. And I tell people I’m not really far from that. I have to be very well medicated and well taken care of as far as therapy, so I kind of understand that. But just being out anywhere in public and even not out in public, just talking to you, is a struggle. But it’s a struggle that’s well worth it and I’ve learned how to handle it. So there’s nothing that isn’t awkward and uncomfortable and weird in my own mind. I would be much more comfortable in a dark room by myself not talking to anybody.”

CV WEEKLY: Well, we’re glad that your not. How has your stand-up material evolved and how does it fit into today’s culture? 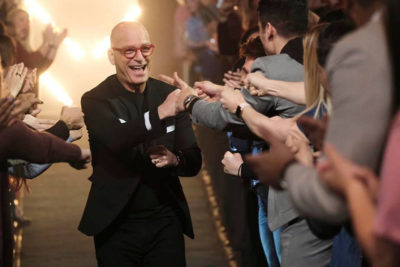 MANDEL: “My material has always evolved just as I’ve evolved. You know, if anyone comes to see me it’s kind of an escape. It’s silly and it’s fun and it’s in the moment, and even after 40 years I obviously have a plethora of material, but I look to be taken off the path and improvise and interact with the audience. Each audience and each night is different and new and fun, but if you’re talking about the current climate, it’s scary. What I did find in going to The Comedy Store and watching Richard Pryor was the safety of it being in the context of comedy. The only analogy I have for each and every person is if you said something and somebody looked like they were offended you’d go, ‘I was only kidding.’ And that would fix it. That would be the Band-Aid. As a comedian they would look to you to cross the line and learn where that line is, and kinda balance on that line. And now with the advent of social media — you’re legitimate, you’re working for a publication. You’re not a guy alone in his underpants… maybe you are, I don’t know that.”

MANDEL: “That’s good, thanks. So now the thing is I have a fear that I never had before. Even talking to you, I may say something in this interview or on stage and you reinterpret it, and then somebody at home takes a piece of the statement out of context and that snowballs into something and I lose a job. Which never happened before. So it’s a scarier time. You know, they took away the net. And the net balanced on something called comedy, and that net is gone.”

MANDEL: “Because of my mental health issues, and that’s what stage does, I don’t know that I take less risks because I’m very in the moment. But I used to not feel incredibly anxious and depressed after a show and now I do. I’m afraid, asking myself did I say something? Did I offend somebody? Did something come out of my mouth? Because it’s not that planned.”

CV WEEKLY: You seem like a workaholic. You’re involved with so many different projects all happening at once.

MANDEL: “That also goes back to my mental health. I don’t like quiet time. Quiet time lets me invert into my own head. And I need to be stimulated on the outside and constantly busy so the silence is the inside and I gotta make a lot of noise on the outside, and when I’m not working there’s always something to do. I find something, whether it’s an interview, record something, whether it’s to write some material and show up at a club unannounced and do stand-up, I just need to be constantly busy.”

CV WEEKLY: When you do have those rare moments of quiet time, how do you occupy that time? What does Howie Mandel do for fun?

MANDEL: “I will knock myself out and go to sleep. Quiet time is not fun for me. Fun is what I do. Fun is coming to Fantasy Springs this weekend.”

CV WEEKLY: What can your fans expect from your show Saturday?

MANDEL: “I don’t know, and that’s the beauty of it. I don’t know. I’ll show up and somebody will say, ‘Ladies and gentlemen: Howie Mandel!’ And then the fun begins and hopefully I’m taken on a path that I’ve never been before and never will again. I look at it like a giant party, and I’m just trying to be the center of attention.”