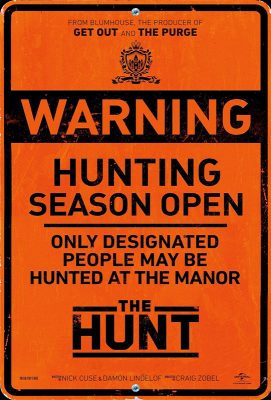 This action-thriller from the producers of horror movies like Get Out and The Purge.  is about a group of strangers who realize they’ve been kidnapped by a group of wealthy elites (one per-centers?) to be hunted for sport!

One of them, Crystal (Betty Gilpin), decides to change her fate and starts to methodically kill her wanna-be killers.  The film also stars Emma Roberts, Ike Barinholtz, as well as Hillary Swank as the mastermind behind the hunt.  This violent, blood-soaked piece of contemporary entertainment is definitely not a family film and It’s hard to identify any significant underlying meaning that might justify trading a couple hours of your life for it.

The basic premise for this film has been done better before.  See if you can find 1932’s superior pre-code “The Most Dangerous Game” starring Joel McRae and Fay Ray.  Based on Richard Connell’s famous short story that follows big game hunter Bob Ransford as he becomes prey for the deranged Count Zaroff after washing up on his private island. 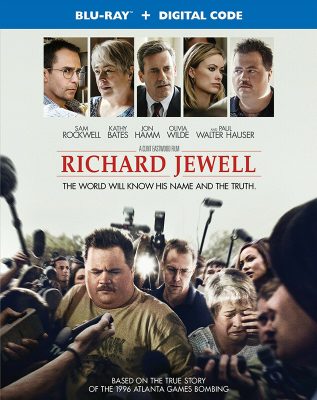 Directed by Clint Eastwood and based on true events as recounted in Marie Brenner’s “Vanity Fair” article.  This compelling film tells the story of the security guard who discovered a bomb at Centennial Park during the 1996 Atlanta Games and took swift, heroic action, saving countless lives.  But in an unexpected turn of events, he went from hero to one of the most hated men in America and the FBI’s number one suspect.  Vilified by the press and public alike, he quickly became known as the man who planted and then “found” the bomb to earn praise.

With the help of an outraged attorney (Sam Rockwell) Jewell maintained his innocence and was finally fully cleared by the FBI 88 days later.  His reputation was never restored and his health damaged.  Jewell went on to become a police officer, but died of heart failure a few years later at the age of44. 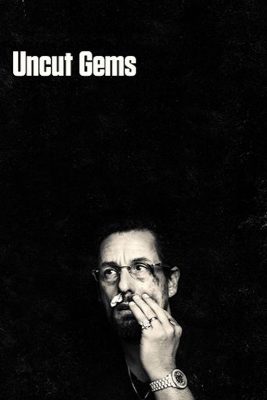 Adam Sandler gives one hell of a performance as a diamond merchant with a gambling addiction in this compelling, critically acclaimed thriller from writer-director brothers Benny and Josh Safdie.  After the private preview screening I attended, there was a heated discussion that this film’s true subject was filmmaking itself in all it’s various aspects and components – acting, editing, sound design, directing and production design.

But there can be no doubt that this astonishingly sophisticated piece of accomplished cinematic craftsmanship is nearly flawless as it puts the viewer in the world of diamond dealer Howard Ratner’s (Sandler) dangerously unraveling life as he obsesses about getting full appraised value for a rare uncut opal that a potential NBA star (Kevin Garnett) buyer believes has magical powers.

Amazingly, Sandler was offered the role ten years ago, and turned it down.  If you only know Sandler from his sophomoric comedies, this is a must see.  Blu-ray.  Lionsgate. 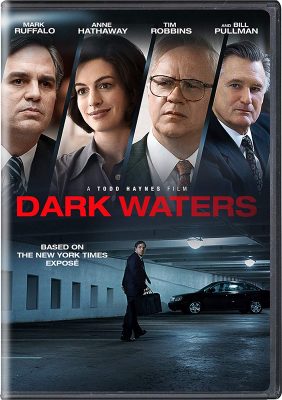 Academy Award® nominee Mark Ruffalo is the tenacious attorney who uncovers a dark secret that connects a growing number of unexplained deaths to one of the world’s largest corporations.  In the process, he risks everything – his future, his family and his own life – to expose the truth.  Ruffalo is accompanied by outstanding performances from the critically acclaimed supporting cast including Anne Hathaway, Tim Robbins and Bill Camp in this gripping thriller.