There’s no doubt that traditional movie production and distribution has just about come to a grinding halt.  What I miss most is the communal experience of sharing big screen films at an indoor venue with a bunch of strangers surrendering to the same shared emotion.

Theater chain managers and studio spokespersons insist that cinemas will again open n the not too distant future.  But will it safe to go?  Most medical experts are cautious about embracing a return to crowded indoor gatherings of any kind in the months to come.

On Thursday, February 25, the annual Film Awards Gala will kick off the festival at the Palm Springs Convention Center. Full days of film screenings will begin February 26 including the Opening Night presentation that evening and will conclude with Best of Fest on March 8.

The date change is to ensure the health and safety of our patrons, staff, filmmaker guests and partners and to make sure we can have a memorable and enjoyable festival experience.

Film submissions will be accepted through FilmFreeway. Film Award Gala seats and tables and Festival passes will go on sale in October.

One good thing is that we still have access to fun TV series collections (see below) and a plethora of watchable streaming titles.

The world’s most epic race against time continues… 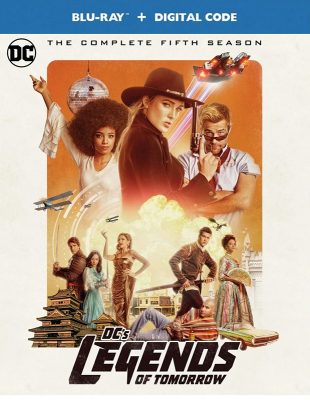 Suit up for all 15 captivating one-hour episodes from the fifth season, plus enjoy the  epic extra content including a post-production featurette, deleted scenes and a gag reel.  A limited-edition bonus disc featuring all five DC Crossover vent Crisis on Infinite Earths episodes will be exclusively for available exclusively for fans who purchase the Blu-ray.

The popular hit series follows a group of misfit heroes as they fight, talk, and sing (yes, sing!) their way through protecting the timeline from aberrations, anomalies, and anything else that threatens to mess with history.

After saving the world via the power of song and themed entertainment in last season’s finale, the Legends are major celebrities.  Some struggle with the transition from  lovable losers to A-list stars, while others start letting fame go to their heads.  When a documentary crew decides to film the Legends in action, distracting them from their original mission, Astra Logue frees history’s most notorious villains from Hell in a desperate bid for power.  It’s up to the legends to forgo fame and stop these reanimated souls (who they quickly dub “Encores”) from wreaking havoc on the timelines, whether it’s Rasputin popping out of his coffin and trying to become an immortal tsar or Marie Antoinette (and her head) turning the French Revolution into a deadly non-stop party!

After five strong seasons, DC’s Legends of Tomorrow continues to score in ratings as one of the top series for The CW.

Embrace the weird, and get ready to binge on wild plot twists and engaging storytelling from the unique “Legends,” as well as unbelievable bonus content that will hold your attention for hours!  Warner Bros. Home Entertainment. 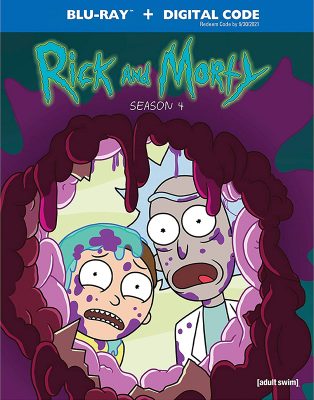 America’s favorite crazy scientist and his grandson return for more misadventure with the latest season of Adult Swim’s hit series.  From creators Justin Roiland (“Adventure Time”) and Dan Harmon go on an intergalactic journey across the multi-verse with the award-winning comedy featuring all 10 episodes from Season 4,  and outrageous bonus content including A Day at Rick and Morty; Inside Season 4, Inside the Episode for every episode, Creating Snake Jazz, and more.

Buckle in for disappointment because there’s no way these episodes will be good enough for how long you waited.  But maybe they will b?  It’s season four!  It’s sexy and smooth.  Buckle in!  But I already said that.

Rick and Morty remains a ratings leader for Adult Swim and retains an and unbelievably loyal fan base season after season.