Raw as the desert, and as colorful as the culture he embodies, Camilo Gomez, better known in the music world as J. Patron, shares in a storied legacy of successful immigrants creating something from nothing. He says it was a relative of his Dad’s, who helped the family find a home in the Coachella Valley. He was four years old when the family needed to escape the brutality of the cartels in Colombia.

“We could have gone to New York or L.A., like so many other Colombian families did, but we ended up in the desert. I remember thinking there was nothing out here…and it was hot as f*^k! We could have been by the beach, but our relative convinced my dad to come to the Coachella Valley instead,” he laughs. “Now, I see the beauty and appreciate this place so much, especially after being on the road. It’s home and feels good to be here because it’s not New York or L.A!” Gomez eventually found himself studying Multi-Media Design in college, seaside in San Diego, and blended this experience into his artistic development.

Fresh off a tour that included two official SXSW shows in Austin, TX, Camilo Gomez, says this was the first “official” performance at the massive multi-media arts festival that draws nearly 500,000 attendees from around the world. “I’ve been going to SX(SW) for the past four years but this was the first ‘official’ show. I’ve performed every year at ‘unofficial’ shows and there is definitely a difference between the two. The unofficial in some ways is better because it comes from the culture. The crowd that goes is really into it. Texas shows up! The promoters that put it together really throw a party! Peligrosa is a DJ crew that promotes and they throw bad ass parties. It’s invite only and they bring a line-up of the top Latin American and U.S. talent to perform. There are always surprise guests, too, that no one knows about until they hit the stage. It’s a great turnout!”

Gomez says that the official has a lot more polish with press and media and that platform definitely opens doors to new opportunities and outlets especially because media from all over the world are in Austin to discover new music and talent. “Some artists complain a bit because it can be a lot to handle and gets a little crazy, but I think everything is really what you make it. I know I had a great time and was able to expand my opportunities. I have a great team around me, too, so that helps a lot. It’s truly a blessing.” With his two official SXSW gigs, J Patron dropped his latest EP at the festival.

Since early 2000, J Patron has crafted a sound that has been heavily influenced by Reggaeton, a style that originated in Puerto Rico. Throughout his musical journey of discovery, Camilo reconnected with his roots in Cumbia, a folkloric rhythm and dance from his native Colombia and blending Hip Hop and Latin Trap. “It’s been an evolution of sound in my music. I don’t want to just create the same thing but to explore and discover different styles and sounds. When I was younger, I didn’t feel like I could do that but as I’ve matured as a musician, and learned more about the industry, I see the evolution helps you become a more complete artist.” He says the music changes as do the crowds that show up and the community around the different styles. “The dance crowd versus hip hop, have their own vibes. I love both and each community of artists has their own thing, too. Playing in South America or Mexico, the vibe is more collaborative and the (crowd) spends way more on merch!” 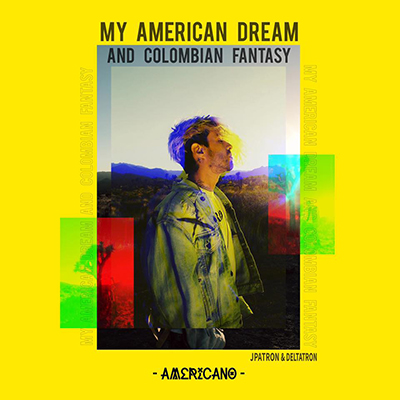 He has arrived. “I don’t feel like I’m chasing after it, anymore. I hate that feeling. I feel like I am here. I don’t have a Grammy and I’m not on a Billboard but I’m where I need to be. My family is happy. My girl is happy. That’s all I need. I feel good where I’m at. I look around rooms I’m in, full of people creating- it’s fun! I’m making music with a lot of talented people, some have Grammy’s and that’s cool. I’m making the music that keeps me inspired and I hope people out there are, too. I have a team now and the only other job I’m keeping is graphic design!”

His single (with DJ Ba5e), “Tesero Ojo,” (Third Eye), drops Friday, April, 5th. “This song is about your dream becoming your life when you realize your life is a dream. It’s about opening up and realizing, we are all one,” says CV talent J Patron.