Alternative folk/rock singer-songwriter Jasmine Rodgers is from London, with a Japanese poet mother, and a Middlesborough rock singer dad, who just happens to be Paul Rodgers (Bad Company, Free, The Firm.) Her first foray into music was as front woman for the British, indie rock band Boa, which also included her older brother, Steven. The band formed in 1993, and Jasmine was invited to sing the chorus part of one of their first songs called “Fran,” and she soon became the lead singer of the group.  Boa has a loyal international following due to their single “Duvet” used as opening theme song to award winning Japanese anime Lain Serial Xperiments.

Following on from the anime theme, Jasmine wrote and performed for the soundtrack of Armitage III, a US/Japanese anime film featuring Juliette Lewis. Jasmine Rodgers took time out from the musical world, and Boa, to complete a degree in Zoology. After graduating she recorded an EP of original acoustic songs and began performing at well-loved venues across the UK (including Edinburgh Fringe Festival and the Royal Albert Hall) and Italy (including Venice Biennale), collaborating with musicians including Indian classical musicians such as Mendi Mohinder Singh and Waqas Choudhary for the New Art Exchange’s Mela. 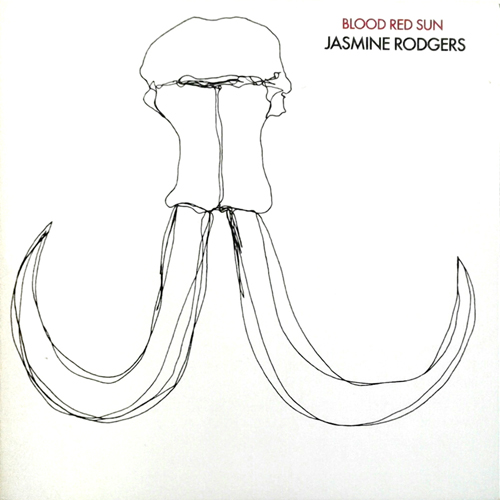 Most recently, Jasmine has recorded her first full-length CD, Blood Red Sun, and will be performing live at Schmidy’s Tavern on Saturday, March 5. Her beautiful, ethereal vocals are both, mesmerizing and captivating, reminding me a bit of Natalie Merchant, yet offering something even more unique and stripped down. Jasmine took time to chat with me about her CD and upcoming show.

CVW: How long did it take for you to put this album together?

Jasmine Rodgers:  “I started forming ideas about 5 years ago, but some of the songs were written whilst recording back in June last year so are very current and still growing as the get played.”

CVW: What is your writing process?

JT: “It changes from song to song, but generally I start to get a sense of a theme that keeps recurring in my world….the songwriting itself is a joining of ideas and melodies that I keep hearing in my head.”

CVW: Your Mom is a poet, your Dad, the very famous Paul Rodgers from Bad Company, and your brother Steve Rodgers is also a musician. How do you think that shaped you musically and how much of an inspiration have they been in your career?

JR: “I tend to think that poetry is a demanding and less appreciated art form, but at the same time, is the one that everyone uses every day. That sounds kind of trite but words really have power; something your loved one says can make all the difference and that is poetry to me. Having my dad as my dad, is great, he’s very inspiring to be around and at the same time I love to hear him sing simply because he is my dad, and that he is so good is a major bonus obviously. My brother and I were in a band together for many years and he’s always very positive about my music.”

CVW: Do you live here or in Europe?

JT: “I live in the UK, coming here to catch up with family right now, and to get sunburnt ;).”

CVW: Aside from family, who are your biggest musical inspirations?

CVW: If you weren’t a musician what else would you be doing?

CVW: What has been the most exciting moment of your career so far?

JR: “Possibly turning up in Venice to play a show in this beautiful old building with candles in the walls and as I start to play my ukelele, seven guys with all different ukuleles, sit down beside me and play accompaniment to my song (my friend the promoter organized this as a surprise for me). The sound was incredibly beautiful in such a magical setting.”

CVW: What do you hope to achieve with this album?

JR: “Well, so far the sound of the songs has been the thing, and I’m very happy with what we have achieved so far. I’m looking forward to touring it with the band and growing the songs as we go.”

CVW: Is your stop here in the desert at Schmidy’s part of a tour?

JR: “It’s part of my tour to see my family who are here at the moment.”

CVW: I heard you spend some time here in the desert but you especially like the high desert?

JR: “Ah, I’m afraid I definitely am a tourist as I don’t know what the high desert means. All I can say is that I dreamt of this place when I was writing Blood Red Sun, and when I came out here last year so much of it was as I’d imagined.”

CVW: What is something nobody knows about Jasmine Rodgers?

JR: “This all started when Eleni told me about Pappy & Harriet’s cheesy fries. I hear they’re really good.”