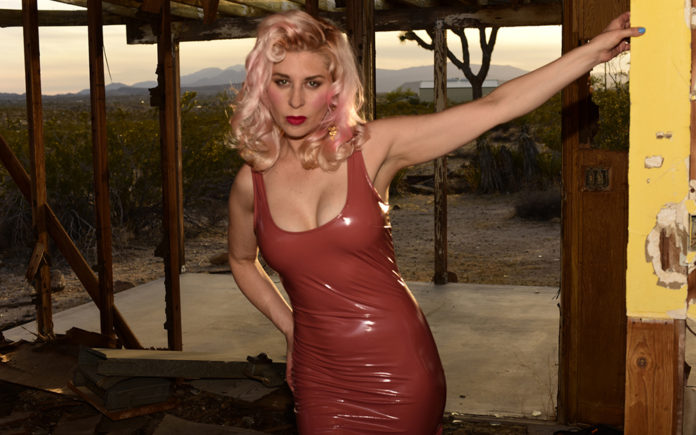 Dessert Rock (yes, that’s spelled right), takes full advantage of the full band. You can hear the depth in every song on Dessert Rock. Even the more “electronic” sounding songs like “Palm Springs Living” have a nice funky groove to them thanks to the rhythm section. Adding a full band gave von Rabbit the sound she needed to record some more straight up rock sounding songs like “Innuendo,” and “Going Down.” If you know von Rabbit’s body of work, you know the term “straight up rock song” needs to be taken with a grain of salt. Nothing von Rabbit does is fully conventional. She’s developed her own sound and it shines here. 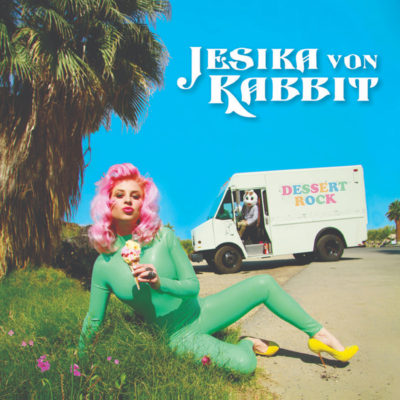 “Calypso Facto” is a prime example of the quirkiness of von Rabbit’s music. It starts with a crazy big band on acid sounding intro and goes right into a groovy rhythm backing von Rabbit and her keys. “Make Me Feel Better” also screams Jesika von Rabbit. In fact, the album in its entirety gives you a sense of the craziness one sees while attending a Jesika von Rabbit live show. This in part is due to the song order. The songs go up and down and left and right in direction, but somehow the order works magically. This is definitely an album you want to listen to all the way through in one sitting.

The tail end of this album has some gems on it. “My Medicine” is the second to last song and has a dark sound to it. It is very reminiscent of the band Morphine. This song, and “Mushroom Head Girl,” are stand outs to me. “Mushroom Head Girl” is exactly the song I’d be listening to in high school. It sounds like it belongs on a Crystal Method album or the soundtrack to Spawn.

Dessert Rock ends with von Rabbit’s cover of Culture Club’s “Do You Really Want To Hurt Me.” This song has been available for about a year now, but still feels fresh. The cover is so good that Boy George shared it on his social media. The truth is, overall, the whole album is fantastic and should be spread around social media. This album puts to bed the myth of “the sophomore curse.”

Dessert Rock will be available September 14 digitally everywhere and on vinyl and CD on Dionysus Records. Be sure to pick it up in whichever format suits you best and listen all the way through. Long live Dessert Rock.

Jesika von Rabbit will be performing at Pappy and Harriet’s on Saturday Sept. 1, Alex’s Bar in Long Beach on Sunday, September 9 (matinee show), and the record release show will be at La Luz de Jesus in Los Angeles on Saturday, September 15.