What can we say about FITZ that hasn’t already been printed in previous Coachella Valley Weekly articles featuring him? The fact that we’re writing about him again and that he is one of CV Weekly’s Top 12 Most Interesting & Influential Men of 2016 is an indicator that he continues to maintain his integrity while developing and promoting events throughout the desert. He continues to be the calming voice of the ‘Fitz in the Morning’ show on CV 104.3 FM each weekday morning. He continues to host the ‘Fitz’s Jazz Café’ series at the McCallum Theater, now in its 18th year. The heavy-hitters Fitz has worked with are listed in his bio and reads like a who’s who in entertainment.

TIMELINE
Fitz has had a long road to get to where he is. He gives us the short and sweet of his chronology. “I had bands when I was a teenager, I got into radio when I was 19, I started promoting concerts in small clubs. I ended up getting on a country station just outside of Washington, DC. That got me into country and got me promoting country concerts. At the same time I was working at a DC rock station, just before Howard Stern got there. I had a deal with the Grand Ole Opry to take the old timers on tour. I was involved when the Oak Ridge Boys and the Gatlin Brothers were getting started. I was producing concerts with them and did a show for NBC called the World’s Largest Indoor Country Music Show. I then went on the road with the Oak Ridge Boys for about a year and a half. I was managing the back-up band and performing and recording with them. I then got an offer to be an agent with the Agency for the Performing Arts. I spent a lot of time with Rodney Dangerfield and I got to work with people like Tony Bennett, Manhattan Transfer and Tina Turner.” In a short time Fitz felt everything was falling into place. 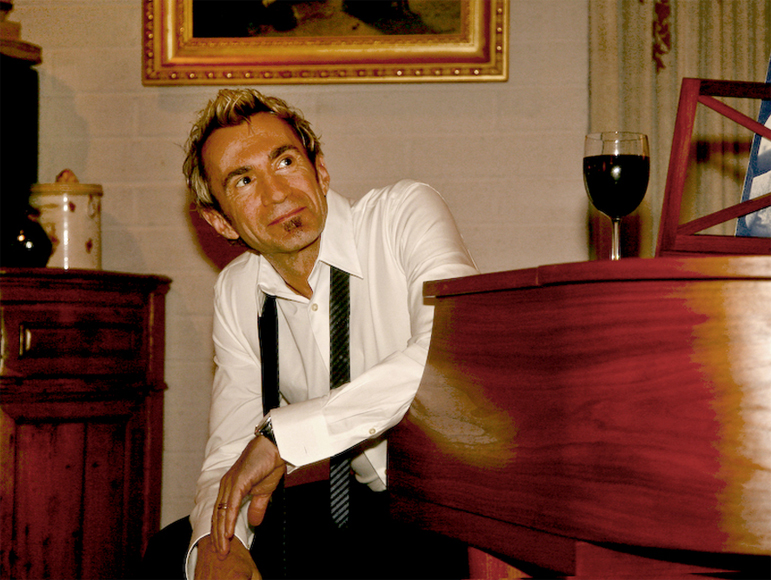 Fitz quickly realized that everything happens for a reason. “I told my boss I don’t know if I really want to do this for the rest of my life and he fired me that day. We stayed friends. Six months later I had my first music video on MTV which was called ‘No Good For You,’ which was one of the first videos to air on MTV. I got a record deal with an independent record label and then my second MTV video was released called ‘Audio/Video’ which was my biggest hit. I had a #2 record in Italy with that song. I was signed to open for Joe Cocker then I unexpectedly lost both of my parents within four months of each other. It was devastating. I didn’t do the tour. I kept making music. I met my future wife Wendy a couple of years after that. I started directing television shows. I directed Howard Stern’s first pay-per-view show. I did the first reality show for Disney called ‘Weddings of a Lifetime.’ That was Wendy’s background, the bridal industry. I then produced a big concert at Giants Stadium with Johnny Cash, Waylon Jennings Tammy Wynette, the Oak Ridge Boys, the Gatlin Brothers and Eddie Rabbit, who was a good friend of mine. Wendy and I then did a show called, ‘This Country’s Rockin,’ in 1989 at the Pontiac Silverdome . I was then signed to William Morris Agency as a producer. I was blessed to work with Crystal Gayle and Roy Clark.”

WHY THE DESERT?
“In the late 80’s we were working on a show in Los Angeles and I asked, where is all this California sunshine I heard about? We were told it was in Palm Springs so we rented a car and drove out. We ended up going three weekends in a row and fell in love with the desert.”

Fitz is comfortable with how things have transpired. “All of these things seemed to happen. I was doing the right things and building on things. I’m just blessed to be in the business and wear different hats.” Fitz shared his blueprint: “My major keys to success is always trying to be creative and optimistic. Not getting discouraged when things don’t go the way they should. I never really planned my career path. It was laid out. I love to record, write, being on the radio, communicating and creating.”

NOW
Fitz’s upcoming album is once again being produced by Lewis Richards of 17th Street Records. Fitz has also been working with Penny Unniversity and recently released his dual single, ‘For What It’s Worth,’ the Buffalo Springfield hit, and a Fitz original, ‘Citizens of the Universe.’

Fitz has consistently provided support to many of the desert’s charitable organizations. “The charity I’m representing for this event is ACT for MS. Gloria Greer started this nonprofit many years ago. She was a wonderful lady and Wendy and I worked with her on many occasion. Gloria left an amazing legacy. I believe in all the work that great organization has done.” ACT for MS provides assistance for Coachella Valley residents living with Multiple Sclerosis.

Saturday, December 10 – jimi FITZ and Friends – A CV Christmas at the McCallum Theater.