Released on 4/13/17 through Star Tribe Records and recorded in Nashville, Tennessee, Kelly Derrickson’s second full-length album, I AM, will get its proper introduction at 9 p.m. on ‘Earth Day’ Saturday, April 22, 2017 at Big Rock Pub 79-940 Westward Ho Drive in Indio, California.

The event is free and open to the public. Taking place in the midst of Coachella Weekend II, the event is sure to be a required stop whether you’re attending Coachella or not. Joining Derrickson, the 2015 winner and 2017 Coachella Valley Music Award nominee for ‘Best Country Band/Artist’ is the ‘Coachella Valley’s Music Ambassador,’ Ronnie King! Performing on drums and co-writer on the album, from the ‘Cancino Connection,’ is Benny Cancino, Jr. and on bass is world-class musician James East. For this performance there will be Native American drummers and chanters performing.

King approached Derrickson about being her musical director earlier this year and has incorporated a multi-dimensional show that will include her First Nations roots. In their collaboration, Derrickson and King have given life to a new sound, ‘Country Tribal Rock,’ and are prepared to show it off with their new band. King won the 2016 CVMA for ‘Best Producer’ and is up for the same award again in 2017 as well as ‘Best Keyboards’. In addition to the CVMA nomination, Derrickson is also nominated in her hometown of Kelowna, Canada for ‘Best Band/Musician’ in the ‘Best of Kelowna 2017’. Also performing on this momentous evening is Desert Music artist Courtney Chambers! 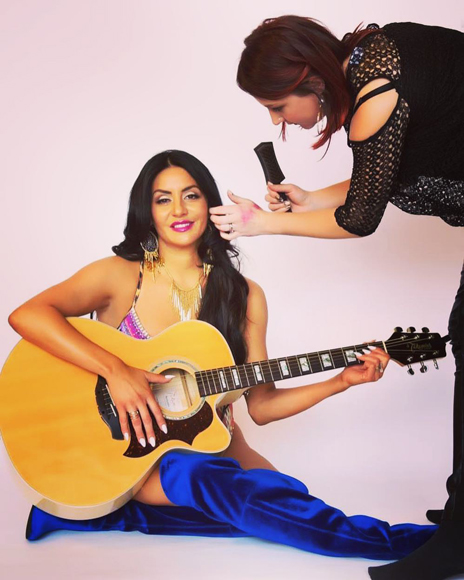 As if the night can’t get any better for Derrickson, she will be celebrating her birthday and perform some of her new album. The album includes the songs; “I Am (Mother Nature),” “Turtle Island,” “1st Avenue North,” “Good Place,” “Place I Call Home,” “Nobody’s Business But the Moon,” “Higher Ground,” “Pine Needles and Rust,” “Over Oklahoma,” “All I See Is Red (10 Little Indians)” and “Suicide Song,” a song that was written for the warrior children of her native land. You can purchase now on all digital music outlets including iTunes.

Derrickson’s first album, Warriors of Love, established her as a bonafide native country music artist and continues to be a light that shines on the issues she cares about. The new album is wonderful and has thematic elements surrounding Derrickson’s love for nature and all things Earth related. She also is passionate about human rights and defending the honor of ALL Native American individuals.

Derrickson will also be celebrating her new release with an album release party on Friday, July 21, 2017 at Two Eagles Golf Course in West Kelowna, British Columbia. From Derrickson to her fans: “Always rise above. Always be of love.”

You can still vote for Derrickson, King and all the other nominees at www.coachellavalleyweekly.com through May 4 at midnight. 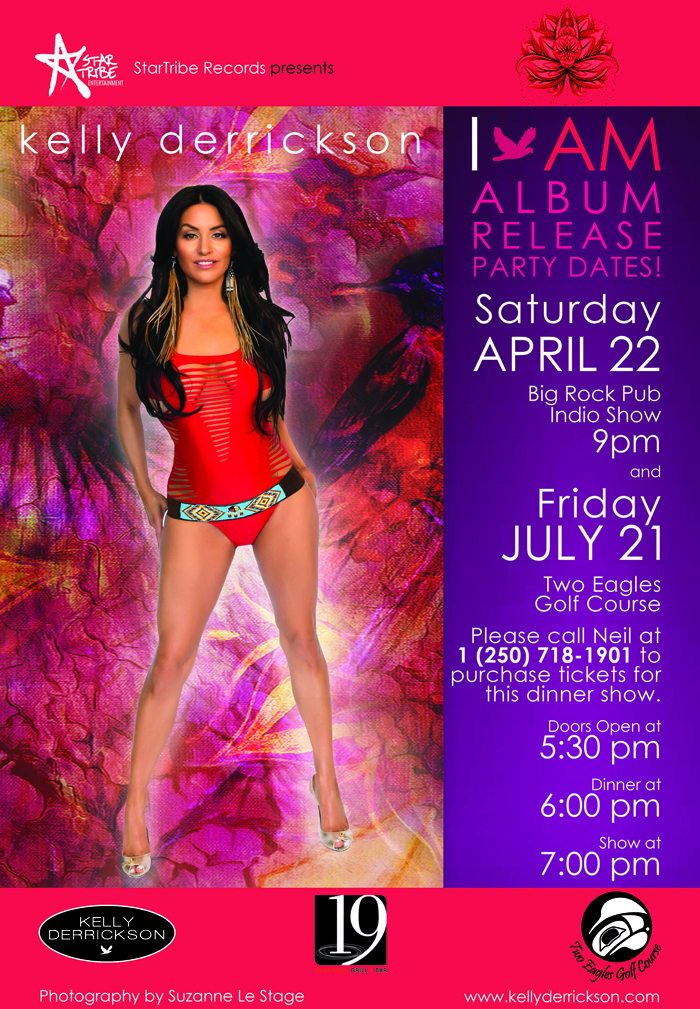