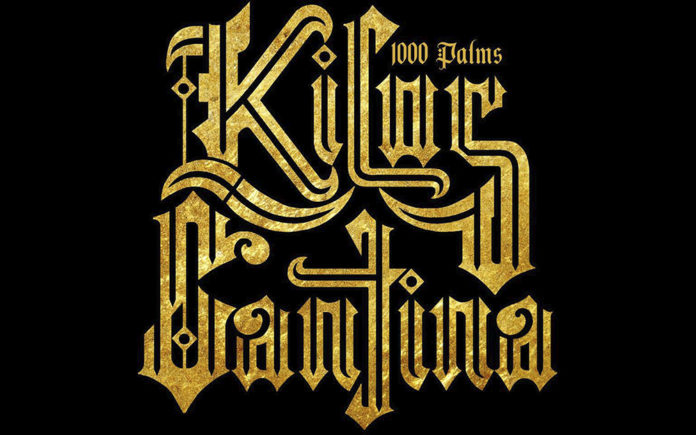 Accomplished. A Master of One’s destiny. Felipe Oros, at age 28 can be considered a man living the American dream. Felipe had a vision since his early 20’s to open a restaurant and nightclub. He began to plant the seeds to make his dream come true, and on February 24th, 2014 the doors to Mundo’s Mexican Grill (now Kilo’s Cantina) opened for the first time.

As we approach the 4yr anniversary to the grand opening of Kilo’s Cantina, Felipe looks back fondly to February 24th, 2014. After nearly 3yrs of going back and forth with the county to secure the proper permits, he was finally able to see the fruits of this labor. Friends and family gathered at Kilos Cantina to celebrate not only the grand opening, but Felipe’s birthday as well. In many ways Felipe was reborn that day. At 24yrs old he couldn’t be happier. “I was still so overwhelmed with the business side of things, but it was still a very exciting moment for me to see everyone there, having a good time, enjoying the space we worked so hard on. “Felipe continues, “All we ever wish for as business owners and entertainers is to have that base of friends that are there to come out and look at you do what you love to do. That was one of my happiest moments.” 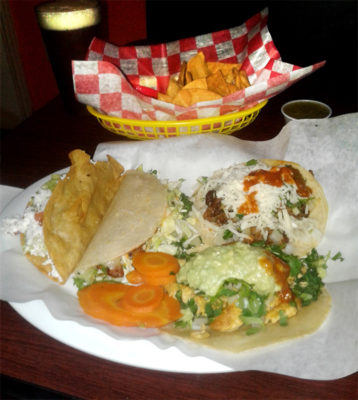 For the first 3 1/2 years Kilo’s Cantina functioned only as Mundo’s Mexican Grill, serving great authentic Mexican food. After Felipe graciously provided me with a sample plater of tacos, I was convinced I was in heaven. “We’re really family based in the sense that my mom is one of the head cooks. There are some plates that can only be found here; special recipes that my mom has from Mendoza, Guanajuato; a small town in Mexico.” Felipe prides himself on the quality of food as “it may be the same plate but it definitely has its own flavor with momma’s home-style cooking.”

On October 20, 2017, the nightclub debuted with the help of childhood friend and fellow rapper Carlos Cruz, known as 2Toxic. “He has been one of the people I’ve relied on in terms of networking with the night life. He’s a professional, much like myself.” Felipe credits their love of music for their continued friendship. “Now we’re older and are seeing the business side of what we love, hip hop and music.” Felipe continues to say, “None of this would have been possible without a strong team. My brother Edmundo works hard behind the bar, busting 20 hour shifts right next to me and there’s my best friend Omar Ruiz; he’s been my right hand man, a great business partner, DJ, photographer and sound engineer. Omar and I run Sleepwalkers Ent., an entertainment company focused on producing outdoor festivals.” 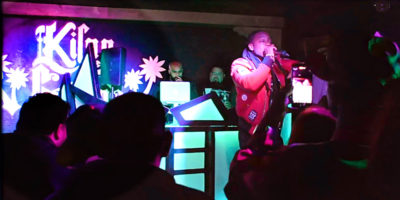 Since the opening of Kilos, the nightclub has seen a steady increase of patrons making their way down for American music on Fridays and/or Banda nights on Saturdays. While this is a hip hop rooted nightclub you can still find rock, punk, EDM, corridos and more on Felipe’s stage. Kilos Cantina even has a green room located behind the stage for the entertainer’s privacy.  With a variety of entertainment, prestige lighting and sound, like a fire, word is spreading about Kilos Cantina. You can expect to see some large acts come through the nightclub in the near future.

Felipe is now focused on remodeling the outside of the building hopefully by the years’ end. With a background in Architecture and Carpentry, Felipe will be taking on the task of renovating the cantina.  Felipe hopes to draw more attention to the building as it’s located on the outskirts of 1000 Palms. Much like you don’t want to judge a book by its cover, the outer appearance doesn’t do justice for what you’ll find on the inside.  Love, friendship, family, soul, unity, hospitality, good food, drink specials and more can be found at 72390 Ramon Road 1000 Palms, Ca 92276. For Bottle Service and private event hosting, you can contact the cantina at 760-835-1363. And/or follow them on both Instagram and Facebook under “Kilos Cantina”.