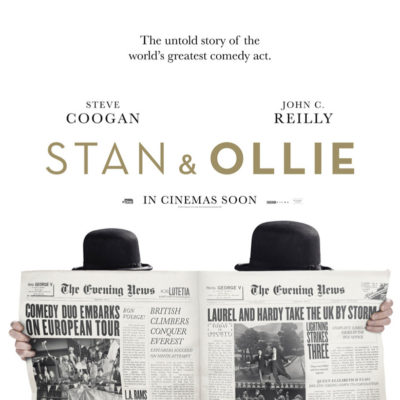 It’s been said that every second of every day, 24/7, someone somewhere in the world is laughing at a Laurel & Hardy comedy. What a magnificent legacy for these two enormously gifted performers who have hundreds of millions of fans.

Laurel and Hardy matter now more than ever. Their unique brand of timeless comedy is much more about mirroring the human condition than engaging in slapstick or “getting even” for some perceived slight. In many ways, Stan and Ollie are the prototypes of Samuel Beckett’s two “Waiting for Godot” characters Vladimir and Estragon.

Stan and Ollie are indeed two tattered souls just trying to fill up the time that has been bafflingly granted them – and us – during their, and our, short stay on earth.

But what is so engaging about Laurel and Hardy is that despite their constant quibbling and set backs, their on-screen friendship is never permanently broken.

In real life Stan Laurel and Oliver “Babe” Hardy remained friends to the end. That bond bled through the screen and audiences recognized it, however subliminally. Maybe that’s why they are embraced with such affection by hundreds of millions of global fans. The camera does not lie.

Director Jon Baird’s new film, based on Jeff Pop’s insightful screenplay, is a bittersweet and heartfelt look behind the scenes of the friendship of the great comedy duo as they begin a variety hall tour of Britain in 1953. 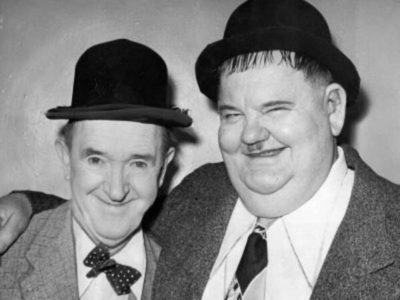 Aging now, their golden era behind them, the uncertain future awaits. Their, at first, poorly attended stage performances soon re-connected with adoring fans and the tour became a big hit.

As Stan & Ollie deal with health matters and old business issues, they discover how much they mean to each other. And the secret of their on-screen popularity.

This wonderful film about the mysterious business of being funny contains great truths. Our shared laughter is a healing balm that soothes the pain and despair triggered by the chaos of the world. It unites us with reminders of universal truths embedded in our common humanity and fragile mortality.

The triumphant performances of Steve Coogan as Stan and John C. Reilly as Ollie are devoid of caricature and so utterly convincing you will forget you’re watching actors and not the real thing.

Don’t miss this poignant and moving love story about the two greatest of all movie comedians. Be prepared to laugh and cry. 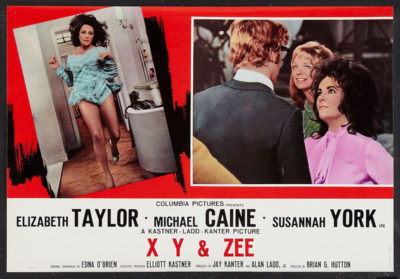 The screenplay allowed Elizabeth Taylor to come out. Pauline Kael said, “The aging beauty has discovered in herself a gutsy, unresrained spirit that knocks two terrific performers off the screen – and, for the first time I can recall, she appears to b having a roaring good time on camera.” Taylor’s exhuberance is almost palpable it’s so visceral.

Edna O’Brien adapted her own campy soap opera of a novel novel starring Elizabeth Taylor, Michael Caine and Susannah York as the three points of a triangle that has very little to do with love.

Taylor’s a sharp-tongued vulgarian, determined to break up her architect husband’s latest affair, even if it means seducing his mistress hrself! Direcor Brian G. Hutton coaxes out every bit of sophisitcated/smartypants humor his trio of superb stars can provide; cinematographer Billy Williams and composer Stanley Myers bring on the gloss. Twilight Time Movies. Only 3,000 units available at www.screenarchives.com Once they are gone – they are gone!