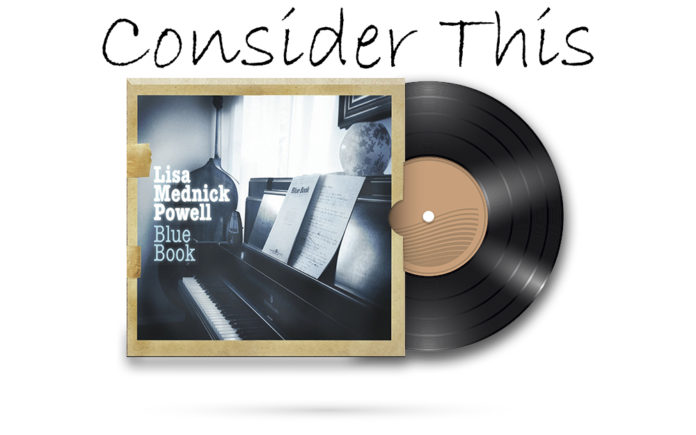 If you aren’t familiar with Lisa Mednick Powell, you have been missing out on decades of great music. The Washington D.C. native has been a part of so many seminal scenes that her sound isn’t easily categorized. That’s a good thing.

Like most musicians of a certain age, Lisa’s first flash of inspiration came via the Beatles. Specifically, the Meet The Beatles record her Grandfather gave her when she was just six years old. A year later she began studying Classical piano. Itching to play music, she dropped out of college and began performing in her hometown, as well as New York City.

Lisa played in bands like The Chumps and Half-Japanese before forming Pop Decay in 1979. Although their name indicates a grotty Punk style, their sound was an intriguing blend of Folk and Funk. Still, they regularly played at Punk establishments like CBGB’s and Max’s Kansas City before breaking up in 1982.

Following an audition with Joe Jackson, Lisa began pursuing a formal musical education at the Howard Musical Conservatory in Washington, D.C. studying Jazz, she spent time under the musical tutelage of pianist John Malachi before pulling up stakes and heading south to New Orleans. There she received instruction on the saxophone from Charles Neville. (Yes, the Charles Neville of the Neville Brothers, the Crescent City’s first family of music).

Apart from formal studies, living in New Orleans offered a pretty complete musical education. Lisa honed her skills playing in bars and clubs with the Rock ensemble the Song Dogs and Reggae band Exuma. Looking for a new challenge she relocated to another vibrant music town, Austin, Texas, it was there she really came into her own.

Known as the Live Music Capitol of the World, Austin has offered a safe haven for artists and musicians for decades. It was there Lisa and Bill Conley formed the acoustic duo Ship of Fools.  She later collaborated with Alejandro Escovedo, Michelle Shocked and recorded with New Zealand’s premier Guitar Pop combo, the Chills. Contributing keys, alongside heavyweights like ex-db’s front man Peter Holsapple and multi-instrumentalist (and ‘60s Pop visionary) Van Dyke Parks. It was around this same time that she met her future husband Kip Powell.

A bassist and respected side-man, Kip had played with myriad bands and musicians, leap-frogging genres from Rock, Country, Jazz, Swing and Gospel. Both Kip and Lisa played in Ray Wylie Hubbard’s band (at different times) and later became friends. Both played in Radney Foster‘s band. While touring the Lone Star state they bonded as the only vegetarians on a BBQ heavy tour. The couple have been married 15 years.

With family in Southern California, Lisa has been visiting Palm Springs and the High Desert for more than three decades. Five years ago, she joined the musical diaspora and migrated to the Joshua Tree area. Throughout the years earned her keep as a musician for hire, while pursuing a solo career. She has released two solo albums, Artifacts Of Love arrived in 1994 and eight years later she released Semaphore. She was also half of another duo project, Two Headed Dog, they released one record entitled Better Than One. Now she has returned with her third solo effort, Blue Book.

The album opens on an ambitious note with “Smoke Over Carolina.” Plaintive mandolin connects with rustic Weissenborn a stuttery beat and swirly, Psychedelic organ. The lyrics tackle myriad themes; The Civil War, workers’ rights, the de-unionization of America. Even though defiant lyrics like “Where did we go all the ones you disappeared, who you marched blindfolded across the square/You can do your best Pol Pot, Papa Doc or Pinochet, we’re not going anyway” were written years ago, they Speak truth to power and seem like a prescient denunciation of the current political climate.

Throughout her career, Lisa has been called upon to master myriad musical genres and that fluency is evident on three tracks. The melody for “Cold Coffee” shares some musical DNA with the Johnny Cash classic “I Still Miss Someone,” but the arrangement and instrumentation is pure Nawlins.  Breezy guitar riffs envelope wheezy accordion and a chunky back-beat. The lyrics recall simpler times; “It was sweet olive and vetiver, the river breeze blowing through our hair, long night at the Maple Leaf, you could drown in a memory/Everette on the bar stool watching the dance floor, while we played like fools, never knew what we were in for.”

“To The Wilderness” is rockin’ and anthemic, evincing an expansive ‘70s sound that wouldn’t feel out of place on a Jackson Browne record. Rippling guitar, twinkling piano and a walloping beat nearly camouflage cryptic lyrics that question the tendency to shy away from conflict and controversy; “I played with fragile things I could not afford to break and pay for/I fell down on my knees, never thought to pray for you.” A spitfire guitar solo extends and transcends, undercutting a bit of the self-flagellation.

Meanwhile, “I Am Not Gold” finds a middle ground between Traditional Folk music and a Jazzy Torch song. Propelled by a martial cadence, plangent keys wash over mournful pedal steel, tart electric guitar and sparkly mandolin. A study in self-deprecation, lyrics like “There are days you might mistake me for a precious jewel buried in a stone/But you’d best look beyond your longing, go find a girl who’s Flesh and bone,” also hint at emotional emancipation.

Although these songs were written over time, a couple, “Give The Guns To The Girls” and “Checkpoint” tackle topics that resonate right now. The former opens with a match-strike, rattling percussion, Sturdy bass lines and insistent piano notes. As spiraling accordion colors and jangly acoustic guitar chime in, Lisa offers this simple solution, perhaps lessening the epidemic mass shootings; “Give the guns to the girls, quit talking to me about peace in this world/Let the girls have guns, let them hunt down the hunter till he has nowhere to run.”

The latter is equally serious, offering a brittle meditation on the narrow opportunities afforded to women. An age old inequity, it feels particularly true in the current misogynist culture. Slow and contemplative, the arrangement is accented by lowing trumpet, reedy Wurlitzer, and spectral lap steel. Roiling bass and a kick drum beat provide ballast. The opening verse uses vivid imagery to illustrate the continued divide between the sexes; “Did you see her walking along the river road, her head held high her pockets full of stones/She is one of the many, you are one of the few, when she imagines kindness she doesn’t think of you.” Guitar and lap steel intertwine on the break, wrapping the song in a dusty chiaroscuro.

Other interesting tracks include the predatory tone-poem of “Crow,” the plaintive title track and the Country-Blues of “Piece Of Your Soul” which features this trenchant couplet; “Some things we carry some things we must let go/You lose pieces of your heart but you might find pieces of your soul.”

The album closes with the Gritty Gospel Rock of “Highway Prayer.” The tune is powered by bendy bottleneck guitar that lattices over honeyed keys and propulsive rhythms. Slightly Spiritual lyrics insist it’s not necessarily the destination, but the journey that’s important; “Full moon shining your blue lights all around me, when I get a little closer, gonna see a little clearer/Don’t show me any signs I know the way, when I get to the place I belong-please let me stay.”

Blue Book is produced by Lisa with some assistance from Chris Unck, Tommy Malone and Gar Robertson. The album was recorded close to home at High Lonesome and Red Barn Recorders, as well as Tarziejack Studios in Rochester, New York and Blue Velvet Studios back in the Big Easy.

There’s a plethora of aural pleasures found on Blue Book, from the inventive arrangements and crisp instrumentation, to the meandering melodies and penetrating lyrics. Lisa’s vocals sandwich nicely between Nanci Griffith’s tremulous catch and Lucinda Williams’ steely grit. Lisa Mednick Powell is an authentic artist who takes her time and hones her craft. That attention to detail has paid off, now it’s the listener who reaps the rewards.