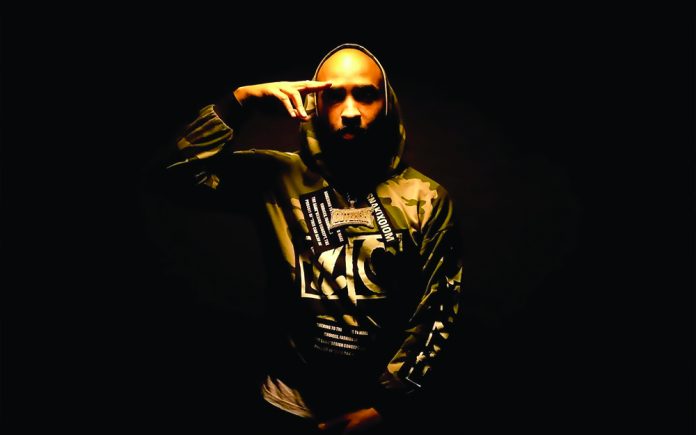 During the last several years Lootenant has remained a leader in the Coachella Valley Hip-Hop and Rap community. His brash and bold attitude has provided him a platform that would not have been obtainable otherwise. On March 14th, 2020 Lootenant will bring that tenacity to the Date Shed stage in Indio, California to celebrate his birthday with support from Frank Villa, Sol Akiva, G.O.O.N.S Ent., Kash Rules, C. Kidd and DJ DTomp. Tickets are $10 and can be purchased on-line (eventbrite.com) or at the door. Doors open at 8 p.m. and the show is ages 18 and up.

Coachella Valley Weekly snapped to attention when we interviewed Lootenant in anticipation of his birthday bash.

CVW: Your recent ‘LooPac: A Tribute to the Legend 2Pac’ show at Coachella Bar was a huge success. I know you were a bit skeptical at first and slowly grew into the idea. You’ve hinted at some big things that came out of that. What are you at liberty to share now about the next step for LooPac?

Lootenant: “I honestly thought it was a joke when my team presented the idea to me. After a performance at Coachella Bar in December, 2Toxic told me we should do a 2Pac tribute. My response was, ‘Ok, but I still want to perform Lootenant tracks at the end of the night.’ After seeing the 500 people expected to attend on the Facebook event page, we realized that this was a big deal for the Coachella Valley. During the month of promoting the event, my team worked with me to fully embody Tupac from his voice to his mannerisms. I studied his interviews, live performances and rehearsed his songs every day leading up to the event. The night of the event was CRAZY! We had a packed-out venue full of Tupac fans from all over the valley and Southern Cali to see Pac in the flesh! It’s probably the most fans in attendance for an event without a celebrity headliner I’ve ever seen in the valley. Since the event, we’ve been getting inquiries from venues in Mexico, Canada, and Las Vegas. The overall goal is to push LooPac as a separate entity from the Lootenant brand and bring Tupac fans the best version of a live show they can only see by watching Lootenant. All I can say is, big things are underway for LooPac.”

CVW: Your upcoming birthday show at Date Shed features a performance from you as well as Frank Villa, Sol Akiva, G.O.O.N.S Ent., Kash Rules, C. Kidd and DJ DTomp. What can you share about each artist? 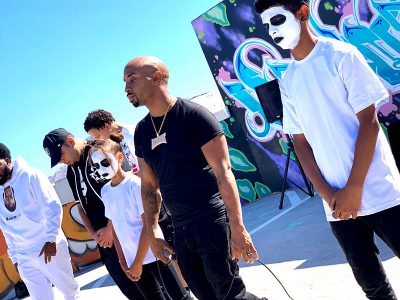 Lootenant: “The best part about putting together my own line-up is picking my favorite artists that I’ve grown with and setting the bar for CV shows. I’ve crossed paths with these artists over my past decade of doing music in the Coachella Valley and I felt the need to bring an All-Star cast to my show at the Date Shed. Frank Villa and Sol Akiva are my teammates. We work together on 2Toxic Music along with my brother 2Toxic who coordinates everything we do with music and events. I’ve watched the G.O.O.N.S grow from young teenagers to forming the hardest Rap group in the valley since Death Merchants. Kash Rules is the best young talent I’ve seen in a long time. He reminds me of the potential that I showed at a young age. He’s one of the artists that takes all the advice I give and executes it immediately. He has everything it takes to have longevity in the music industry. Ckidd is one of my favorite artists because he doesn’t just stick to one genre of music. He can literally go from R&B to Hip-Hop in the same song. That’s why he’s such a great performer. DTomp is my official DJ for all of my performances. We mesh well together when I perform and he knows exactly what is needed to give a stellar performance to the fans. In addition, he’s a producer with a huge project on the way, featuring some of the best artists from the Coachella Valley. He’s putting on for us! Overall, I’m excited to see what these guys can do on a big stage at the Date Shed. I’m super grateful to Date Shed for opening their doors and trusting me to bring them such a dope local function for my birthday celebration.”

CVW: You’re originally from Mississippi and relocated here after the aftermath of Hurricane Katrina. Looking back, what are your feelings about that decision and how difficult was it?

Lootenant: “I was actually working in Los Angeles with my team when Katrina hit. The devastation from the disaster is what encouraged me to stay in Cali. My manager lived in the Coachella Valley. I moved in with him after Katrina and started my new life in the valley. Since I touched down with my music out here, I’ve gotten nothing but love from the fellow artists, DJs, promoters, and venues with open arms. I’ve been back home to visit Biloxi since Katrina a few times. I love Mississippi and I’ll never forget where I’m from. For artists like myself that come from such humble beginnings, I often have to remind myself that I’m out here doing this for both areas. I’m putting the Gulf Coast of Mississippi and the Coachella Valley on with what I do. So I have to go all out.”

CVW: Lyrically and musically, you’ve come a long way since your first release, We Ready. You also have learned a lot about the industry in becoming the successful independent artist you are today. How are you feeling about your music career and what do you have left to accomplish? 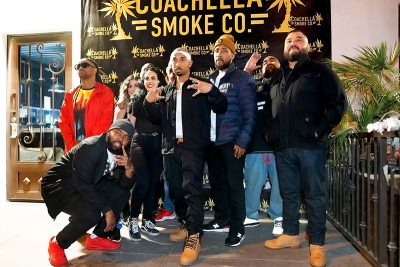 Lootenant: “I have learned a lot about the perception the new artist has about the ‘Rap Game’ compared to what it really is. Most artists don’t understand that the industry is a ‘business’ and the artist is the ‘product’. You basically have to look at yourself as the face of your brand and your’e actually showcasing your talent through your brand. Once I realized that marketing is just like any other business, things got way easier. This is why I’m so huge on setting the bar with promotion and brand awareness. And I’m always learning new things every day. I’m a student of the game at all times, because ways of pushing yourself as an artist change daily. It also feels good knowing that you can accomplish what most people pay companies to do for them.”

CVW: You have some thoughtful and entertaining videos. What’s that process like? Do you use a storyboard? How do you develop your vision in bringing your lyrics to life?

Lootenant: “I used to depend on the videographer to come up with the storyline of my videos. For my two latest videos Ghetto Gospel and Bag, I sat down and wrote each scene and looked up locations. I wrote down everything from wardrobe to how we would position each shot. I added the funny movie factors to the videos to keep the fans drawn into more than just the music. My daughter Tiana and nephew Spizzy Drako were key actors in the videos as my ‘All In’ mascots. They literally made both videos more fun for all of us. I love them to death. They killed it. My videographer Khrave brought the videos to life with his crazy editing and graphics he adds to the process. Together we’re unstoppable. Of course, this was more work on top of what an artist usually does, but we’re writing history by being fully independent. On top of that, the videos took no longer than an hour to shoot, because we knew exactly what needed to be done, so we were in and out. Now, I can say that I know how to put together a dope visual on my own. It definitely woke me up to what I am capable of.”

CVW: Where are we at with Hip-Hop and Rap in the Coachella Valley?

Lootenant: “I think we have a new set of artists emerging that are talented enough to compete in the larger market with the big dogs. This is why I’m doing what I can with the All In ‘Cypher Saturdays’ to help showcase the talent out here. All they really need is a bit of guidance to show them where to take their next steps to be seen. I’ve taken quite a few losses on the way to where I am now and I’ll do whatever it takes to make sure another artist doesn’t have to go through what I went through. I believe we’re onto a huge movement in the Coachella Valley. All we need is a catalyst to fire us all up together instead of working separately. My business partner 2Toxic and I are working hard to bring together some of the elite artists in the valley to put in work and show them the ropes. We’re working on something big.”

CVW: You’re a father and husband. How have those roles affected your music?

Lootenant: “I don’t think I’d be where I am without my family’s support.

As artists, we go through so many ups and downs to the point of almost giving up. My wife and kids have been there through all of it. I know they’re proud of how far I’ve come without giving up. I love them for always believing in me.”

CVW: What’s next for Lootenant?

Lootenant: “It’s been a LONG ROAD for me with over 20 years of experience. I feel like now I am finally focused enough to really push my team and brand to the next level. The industry had humbled me and my trials and tribulations have disciplined me. Now it’s time to take it to the next level.”