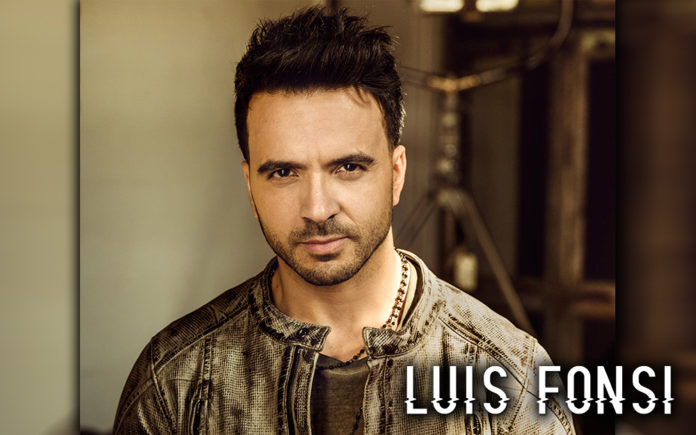 Luis Alfonso Rodríguez López-Cepero, better known by his stage name Luis Fonsi, is a multi-award-winning Puerto Rican singer, songwriter and musician. He is known for racking up Latin-Pop smashes, one of them being the record-breaking Despacito, featuring Puerto Rican rapper Daddy Yankee and the equally smashing remix with Justin Bieber. The song’s video is also the most watched video on YouTube EVER with more than 6.4 billion views and counting! The Reggaeton Pop single Échame la Culpa, recorded with Demi Lovato, was also a huge hit.

He released his new album VIDA in February 2019, and it has sold over 1 million copies in the United States.

Coachella Valley Weekly spoke with Fonsi by phone as he continues his path to Indio, California for his performance at Fantasy Springs Resort Casino on 9/20/19. Tickets are available at their box office or online at fantasyspringsresort.com.

CVW: Over 70% of our population in the Coachella Valley is Hispanic and your music is very popular in this area with your romantic ballads, dance tunes and rock songs. What should attendees expect from your show?

Fonsi: “That’s music to my ears. I’m excited to be there with you on the 20th. We started this tour about three months ago. We’ve been in Europe since early June performing in amazing cities and connecting with the crowds. We started our West Coast run and it was an amazing kick-off. I’m looking forward to performing in Indio for the very first time. I have six guys in the band and four dancers. It’s a cool show. My early songs were very romantic so there’s a lot of singer-songwriter acoustic guitar tunes and my new album, VIDA, has that Hybrid/Urban Pop sound. I designed a show like a roller coaster. I want people to know who I am. I’m not a one-sided artist. I love the acoustic guitar and I love the big dance numbers. I’m taking the audience on a trip with me.”

CVW: What are some of the contrasts between European and American audiences?

Fonsi: “Every single crowd is different, even if you’re in the same country. For example, the north of Spain is completely different from the south. When you compare a European show to a U.S. show, the main thing in the U.S. is that it’s a mixed crowd. You don’t know if it’s going to be a more Latino audience or a more American crowd. When you’re in Spain you’re going to get Spanish fans. We did a show in Zurich, Switzerland and we had a 70% Swiss crowd with many Latinos who are out there studying, visiting or living. It’s always nice to connect. Every show is completely different in the U.S. and that’s what makes it exciting. I usually go out there and feel a crowd out and speak in both languages. That ‘s what music is about. It’s about bringing people together. It doesn’t matter whether I’m singing English or Spanish, it’s music, that’s the best language ever.”

CVW: What are your thoughts on the direction of Latinos in the music industry?

Fonsi: “I think we have great representation and we have a long way to go. Latin music is in a really good place, but we still have things to do. We can’t deny in the past few years that Latin music has grown incredibly. You go out to Europe and to the clubs where half the music they play is Latin music. You see artists like me and my colleagues performing in festivals and American television shows like regular American artists more than we did 5 or 10 years ago. Every other week you see a Latin artist performing on The Tonight Show. I’ve performed on there twice in the last two years. I feel as though there is a space that has gotten wider, a door that has opened and there’s more acceptance of Latin music in the U.S. where before it was a bit more taboo that if you didn’t understand the language you automatically turned away from it. The success of Despacito opened a lot of doors. You have Justin Bieber performing with Luis Fonsi and Daddy Yankee, it makes you dance and feel good, and it became a #1 hit and broke every record. We see artists like Bad Bunny performing with Drake or J Balvin doing a remix with Beyoncé. It’s part of the culture now. It’s in a beautiful place and I’m proud to be an artist and to live in the time that we’re living in, however, we need to grow even more.”

CVW: What can we do to improve opportunities for Latin artists and their music?

Fonsi: “I think it just takes time for people to open up. It must be one of those things where you tell yourself, ‘I like this, and I want to enjoy this culture’. From my point of view, as an artist, we must make great music. We want to go out there and have people connect with what we do. That’s my main job, make great songs, collaborate with other artists and mix things up. That’s what I did with Demi Lovato, we recorded a #1 single and we both sang in English and Spanish. Let’s all come together, let’s celebrate each other’s cultures and languages. Let’s not draw a line between genres. I grew up here in the states listening to the same music American people listened to. I’m influenced by Stevie Wonder and Boyz II Men and at the same time I listened to José José. It’s cool that I can bring that little angle to the table. It’s up to us to bring our ‘A’ game every time we’re recording or on stage and hopefully, we’ll continue to grow.”

CVW: You’re the father of two children, a boy and girl, what has changed for you as an artist since becoming a family man?

Fonsi: “It gives me a sense of direction. Suddenly everything went into focus a lot more. There’s somebody at home waiting for me. It’s not about my success, it’s about them now and leaving a legacy behind and making sure that they’re proud of what I’ve done. The destination has become a lot clearer. I’ve always been really motivated and organized but now the motivation is even more. It’s about balance. I’m a workaholic. I love to be on tour and in the studio but there’s nothing I love more than to be with my family. It’s a constant balancing act. It keeps me on my toes. If you’re able to find that balance where you’re able to be there for your family and your fans, then it’s a win-win situation. There is a happy medium.”