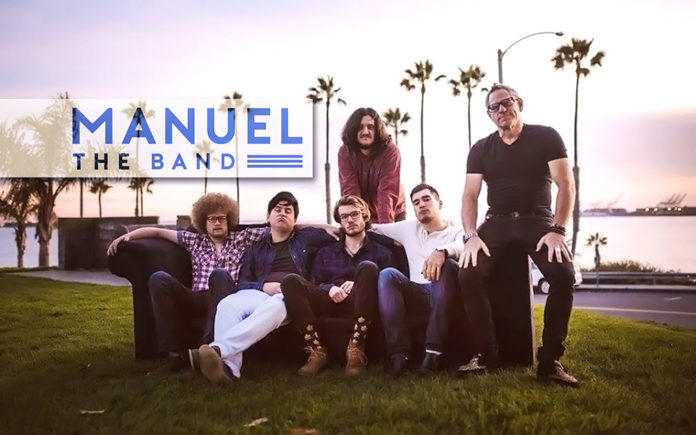 It isn’t often that folks like myself happen to catch a band they know nothing about and get completely blown away. This my friends, is one of those times. I first caught this eclectic 5 piece at the finals for the 2018 CV Music Showcase where they placed 2nd after Willdabeast and Desert Rhythm Project, (which is a feat for which there is no shame). The flow of their set takes the audience on a beautifully structured, melodic journey with a sound that is sensuously palatable to pretty much anyone. Showcasing multiple genres skillfully and seamlessly, a Manuel the Band show is something you could take your parents to or your kids to and everyone would love it. That’s not to imply that they don’t have any edge because that is certainly something they have plenty of.

A group of guys living in the LBC that are bound by music, Manuel the Band consists of, Brandon Charlesworth on drums, George Madrid on the pedal steel, Richard Fernandez on trumpet/trombone, Matt Kalin on the saxophone, Kevin Nowacki on bass and of course, the group’s namesake and frontman, Manuel Grajeda on guitar and vocals. I chatted with Manuel about their journey and destination.

CVW: So tell me about how Manuel the Band got together and started making music.

Grajeda: “A little over a year ago, Brandon, the drummer and I had just come off another project and I was kinda just wanting to do my own thing for a while so I was doing solo, acoustic gigs. Eventually Brandon was like, ‘Hey, I would love to drum…’ and pretty much one thing led to another. We started connecting with these other musicians in the city and it just kinda grew into what it is today. It started out as an acoustic project and just continued to evolve with different dynamics and instrumentation.”

CVW: One thing that struck me about you guys is the fact that, for a band that has only been together for about a year, your set is so skillfully tight and polished which shows that you are a group of performers with a lot of focus.

Grajeda: “For sure. I would say that we are a group of somewhat veteran musicians on different levels. Everyone has been involved in multiple projects in the past and generally knows what they are doing. For instance, Matt Kalin who plays sax used to play with the Violent Femmes all the time. Richard is a composer and George has played in bands touring all over the U.S. Kevin is like, a theory nut and of course Brandon and I have been playing together for a long time. So, I think it just came together in a way that was like, if we’re going to do this, let’s not waste any time. These guys are definitely those most dedicated group of musicians I have ever worked with and the moves we make are very strategic.”

CVW: Okay, Manuel. This band is your namesake. You are ‘that guy’ so, let’s talk about you. What’s your story? 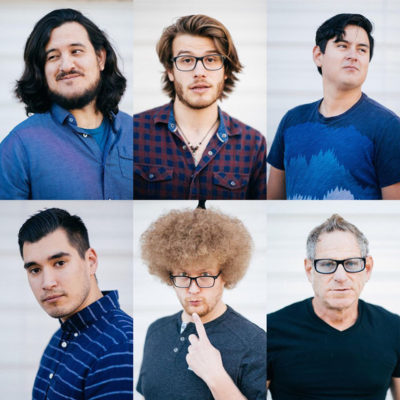 Grajeda: “For me it all started in the womb. I grew up with my mom who is a pianist and a singer and my dad played trumpet. When I was 6 she put me in piano lessons for 5 or 6 years and I absolutely despised it. I couldn’t stand going to my lessons. My instructor was one of those rigid ladies in a turtleneck who constantly told you to sit up straight and stop messing around while correcting your fingers. I think that rigidity was essential to the way I do things now. So, my mom told me that if I stuck it out for 5 years, I could either decide to continue or do whatever I wanted.  After that I ended up finding a steel from band that I got to tour with from about age 12 to 18. I have been very fortunate to be able to train under some really incredible instructors and gain a wealth of experience at such a young age.”

CVW: So, the Coachella Valley music scene is one that is thriving but many of us know it can be hard to penetrate for outsiders. Somehow you have been able to successfully do that and seem to be gaining quite a local fan base.

Grajeda: “I am not sure if we would have had such an easy time doing so well in the desert if it was not for a buddy of ours who was able to get us some gigs out there. Since then we have built up what we call our, ‘desert family,’ which has been a great experience and journey that we want to continue.”

Manuel the Band will be performing at Hotel Zoso in Palm Springs on June 22nd and 23rd. You can also check them out online.