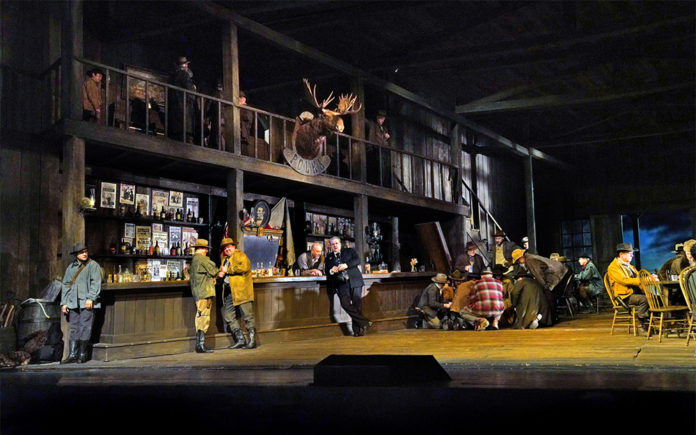 Live and in HD, Along with Performances from World Famous Bolshoi

In addition to the The Met Opera productions, performances from the Bolshoi 18-19 season that have been captured live from Moscow will also be playing along with a number of other Art and Culture type events, all of  which are a result of the new partnership between D’Place Entertainment and Fathom Events.

In addition to the high-definition productions, movie goers will experience behind the scene content with the people who make up one of the most renowned opera companies in the world – including exclusive interviews with cast, crew and production teams.

Bolshoi Ballet performances kick off in January with LA BAYADERE  followed by SLEEPING BEAUTY in March, THE GOLDEN AGE in April and CARMEN SUITE / PETRUSHKA in May.

Information about upcoming Opera and Ballet Events and other Art and Culture events can be found online at D’Place Entertainment.com.  Ticketing is also now available for all scheduled performance which when purchased in advance online will cost less than if purchased at the box office.

Managed by D’Place Entertainment, the state-of-the-art Mary Pickford Theater is located in Cathedral City, California. D’Place Entertainment designs, builds, manages and operates Entertainment Centers that incorporate a number of upscale, quality attractions like Bowling, Cinemas, and Amusements all fused with exceptional food and beverage options while maintaining the highest levels of guest service. Mary Pickford Theater offers luxury recliner seating, and is the only theater in the Coachella Valley with D-Box motion seats. The theater is also  known for its Cinema Café offering a variety of food options, adult beverages and for making their own house made ice cream.  Located in downtown Cathedral City across from city hall, at 36-850 Pickfair St Cathedral City, CA 92234.  Movie line (760) 327 7100.