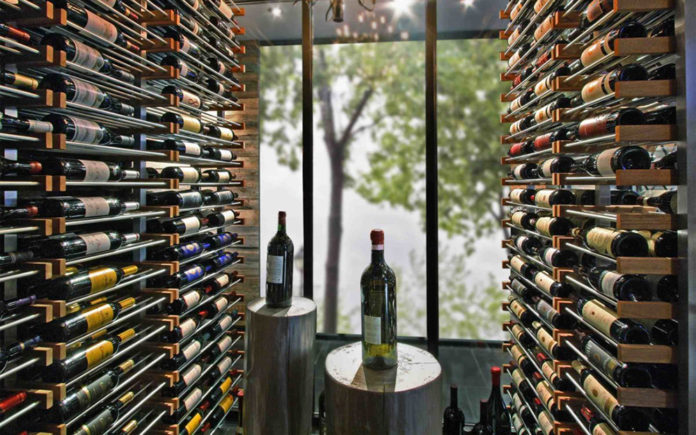 For you vino lovers who actually saw and sat through the two hour and 15 minute 2004 documentary, “Mondovino”, about the impact of the modern globalization of the world’s different wine regions, bringing this movie up again is kind of our homage to the current Palm Springs’ Modernism Week’s signature 11-day festival taking place currently and comes to a close on February 25th.

Of course for you artist and artisan types, you already know of this world famous February event that “celebrates and fosters appreciation of midcentury architecture and design, as well as contemporary thinking, by encouraging education, preservation and sustainable modern living as represented in the greater Palm Springs area.”

In addition to the events in February, Modernism Week hosts the “Fall Preview” weekend in October as a “mini-Modernism Week” to kick-off the active social and recreational season in Palm Springs and our beautiful surrounds.

Modernism Week is also a charitable organization, providing scholarships to local students pursuing college educations in the fields of architecture and design; as well as supporting local and state preservation organizations and neighborhood groups in their efforts to preserve modernist architecture throughout the state—Cheers to that!

The Arts mix well: Art of Architecture, Films, and Fashion, and of course the Art of Wine—it’s a natural! With all of those listed activities above, I’m certain there will be an appreciable and desirable amount of wine enjoyed throughout the week!

Getting back to Mondovino, that curious, perhaps interesting, but often panned documentary that explores and considers how just a few players in the international game of wine can influence and affect the wine you may well be drinking right now.

Actually, maybe it was the wine you were drinking ten years ago, for this movie is 14 years old.  But maybe not!—if you are a big fan of the full-on frontal fruit bomb wines that can blow you away with purple power, there’s still that influence permeating the air—and in the glass!

Most of us wine enthusiasts know the “big purple influencers” who are depicted in the documentary as aggressive characters:  wine maker Robert Mondavi, wine critic Robert Parker, wine consultant Michel Rolland, as well as the crew over at Wine Spectator Magazine who “supposedly” got the world of wine into quantitatively thinking of wines on a 100 point  scale. 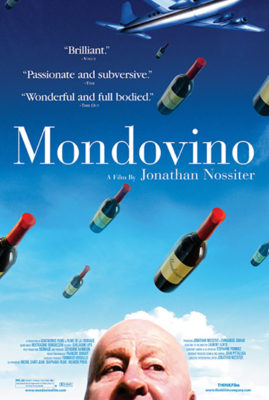 I think we still cherish the late Robert Mondavi—“Mr. California wine history”.  As to Robert Parker and Frenchman Michel Rolland, sure they loved the big brawny red wines and pursued and urged a generation of wine makers and quaffers to stop worrying and love the fruit bomb. Hey—if you don’t like them—don’t buy them!  These days, light, medium-bodied, and complex full-bodied wines are wonderfully produced everywhere else as well.

And although the modern artist’s sensibility is to shun quantifiable measures in discussing or identifying artisan winemaker’s métier, most folks still look to the rating scores of wines when they’re out shopping.

You can catch Mondovino on Netflix, and, I’d also recommend bringing a full bottle of red wine to the couch to help get you through the movie.  For wine diehards, as myself, I liked the flick—because, well it’s about the wine game, business and otherwise.

I read a pretty funny on-line review of this movie—check out some of its comments:  “The main problem with this documentary is the low technical quality that makes its weak substance even worse. Whoever shot the movie had no idea of what he’s doing. The camera shakes, the angles are all wrong and the focus is all over the place. Some wine maker is being interviewed and the camera just zooms in on his eye and on his mouth so I can see how bad his teeth are.

“The editing is also abysmal. Every dog that the crew encountered during the making of the documentary gets a good 5 seconds of close ups in the movie. The movie likes to show the world’s most influential wine critic’s French bulldog farting. Why is this important? Why was this not cut out?

“Everything seems make it into the documentary: Useless conversations, the wine consultant’s assistant off to buy some cigars and flowers—so what?  Some little kid, we don’t know who he is, is being washed in a sink on a porch in South America.  There are countless such distracting elements that have no relevance.  High-school kids could achieve better production value with their cell phones.”  Funny stuff—huh?

For those who don’t wish to drench themselves with two-plus hours of point-of-view argument, you may wish to catch some more agreeably fun wine movies such as Sideways, A Heavenly Vintage, A Walk in the Clouds, A Good Year, Year of the Comet, The Secret of Santa Vittoria, Bottle Shock, A Year in Champagne, even the hectic Somm—if you’re up for it.  And for you Kevin Kline and Meg Ryan fans, the very enjoyable French Kiss is sort of a wine movie too.

Modern times!—you’ve got to love them.  Cheers!