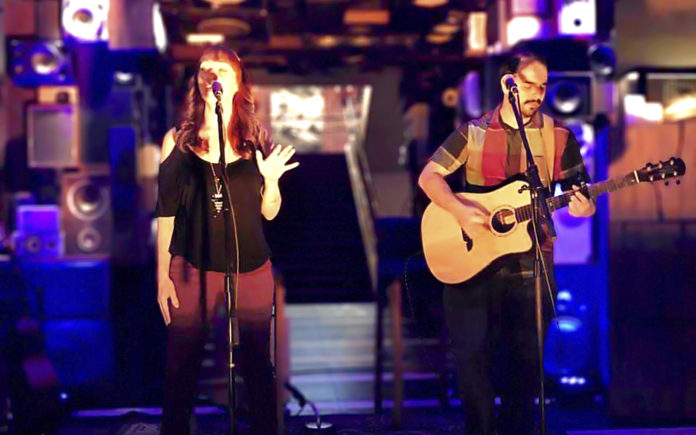 “Some believe in destiny, some believe in fate, but I believe that happiness is something that we create.”  -Anonymous, maybe, in fact it’s a little of all three. This certainly rings true for Morgan Alise James and Johnny Carmona from The Sieve & The Saddle. They’re a Blues/Country-Rock duo from the Coachella Valley. Nearly 5yrs ago Johnny and Morgan’s stars aligned when Morgan was asked to do collaboration in a musical theater class. The founder soon decided to bring in another guitarist, so she called Johnny.  They formed a little country band called James Town. Although, it was short lived, with only a few performances the seed for future success had been planted.

With a shared passion for Alternative Rock, Johnny and Morgan formed the Alternative band Pocket Yellow, which was considered to be a full cover band. You could find Pocket Yellow playing cover songs from band’s like The Black Keys, No Doubt, Cage the Elephant and Muse. Although, Pocket Yellow is still available for booking, the duo’s main focus is on their acoustic project-The Sieve & The Saddle. 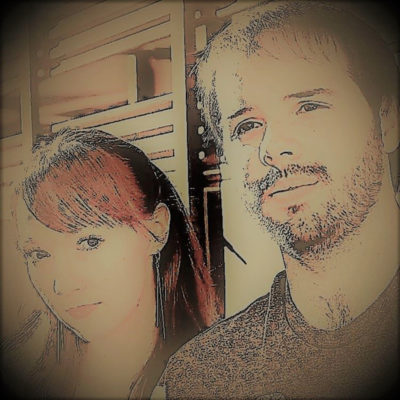 About 6 months ago, after writing many original songs, the duo decided it was time to rebrand Pocket Yellow. The originals are Blues infused with Country Rock. Morgan credits Johnny for naming the band. There’s a 1579 painting by Gorge Gower, “The Plimpton Sieve Portrait of Queen Elizabeth 1” with an inscription on it; “The good fall through, the bad remain in the saddle,” Morgan explains; “Our music is so heavily blues infused and woven with themes of good vs. evil and we just thought it fit. One of our popular songs “Big Bold Lie” has a line; ‘the devil’s claws are ripe and red, but my baby’s mouths are full and fed.’ For me personally becoming an adult and especially becoming a parent, you realize what’s important in life, the kids, friendships, and relationships. You may have to work 3 jobs to afford your home, but you do it. Life has ups and downs and that’s where having music to pour yourself into can be therapeutic.” The Sieve & The Saddle are so deeply rooted in Blues and it just seems to come out when they work together.

By the looks of Morgan today you wouldn’t know she’s only been singing since her and Johnny’s paths crossed.  Johnny has played for a little longer. They even started the CV Open Mic competition just to network and create opportunities for their band and other artists alike. The CV Open Mic Competition became a cherished past time for many local musicians to go out and support one another. Morgan did all the talking and the strong, but silent Johnny, ran the sound system. It took a little nudging from Steve Johns, a local promoter to get the duo to sign on as the hosts for the competition at The Tilted Kilt. Both Morgan and Johnny were worried about creating competitive behavior amongst artists, but found themselves pleasantly surprised at the nurturing environment that unfolded. Tracy Dietlin, the owner of CV Weekly, would sponsor the event and soon hired on Morgan as a journalist for the paper.

Even though they started the CV Mic competition at The Tilted Kilt, Morgan and Johnny claim it was really Jeannette Krehbiel, the owner of Plan B Entertainment in 1000 Palms, who gave them their real first opportunity to perform and showcase themselves. Plan B is known for opening its door to any and all inspiring artists, regardless of experience. You’ll be welcomed with open arms, support, and a little sass from loveable Jeanette and her staff.

The Sieve and The Saddle are currently working on a brand new album with Producer Will Sturgeon from Brightener. As of now the group has recorded 3 songs towards an 8 or more song compilation. Their new single “Here Is Gone” can be found on ITunes.  They plan to release the new album by the end of the year and fans can follow The Sieve & The Saddle at Facebook.com/thesieveandthesaddle.com.