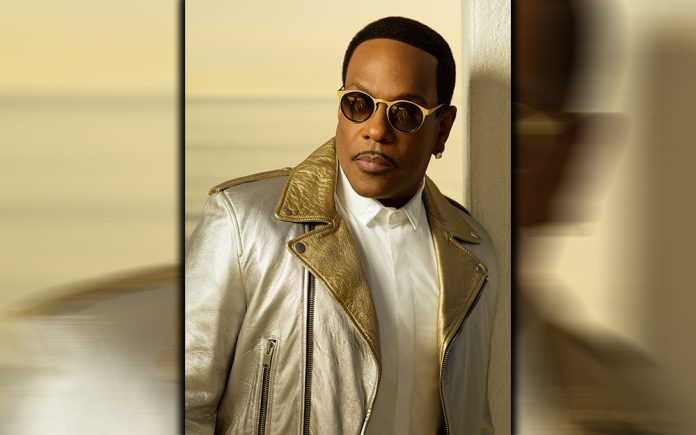 Grammy Award-nominated vocalist Charlie Wilson has been dropping bombs in the form of R&B hits for more than four decades, including his latest smash “Forever Valentine.” Now the Gap Band founder is bringing his soulful show to Fantasy Springs Resort this Valentine’s weekend.

It’s been a long and winding road for the R&B icon, but at 67 he’s says he’s in a great place — both personally and professionally.

In It to Win It, his most recent solo album, earned a Grammy nod for Best Traditional R&B Performance for “Made For Love” (featuring Lalah Hathaway). The set also included a pair of chart-toppers in “Chills” (No. 1 Adult R&B) and “I’m Blessed” (No. 1 Gospel), marking the first time an artist charted two No. 1s at the same time.

“‘I’m Blessed’ says exactly where I am in my life, blessed to still be making music that people want to hear,” Wilson says. “I’m proud to release a song to remind us that we can all find some blessings in our lives.”

Wilson touched on the blessings in his life, his recent appearance on Jimmy Kimmel, his star-studded collaborations and more in a recent interview ahead of his show at Fantasy Springs on Saturday, February 15th.

FELCI: First off, congratulations on your recent Jimmy Kimmel Live! appearance. Tell us about the response to your new single, “Forever Valentine.”

WILSON: “Thank you. I always enjoy performing on Jimmy Kimmel Live! I just love Jimmy and the entire show. The song has been well received by both my fans and those of the producer and songwriter extraordinaire, Bruno Mars. I think the song is right on time and it just feels good. We hope to have it become a classic song that’s played all year ’round and makes you celebrate like its Valentine’s Day every time you hear it.”

FELCI: Speaking of Bruno Mars, he’s become a frequent collaborator. Tell us about that relationship and how it feels to be embraced by a younger generation of artists.

WILSON: “Bruno and I have been friends for a while now and we just click musically. When he asked me to join his 24K Magic World Tour I was ecstatic. I had shared the stage with him once before at British Summertime at Hyde Park in London and that was the first time, I saw him perform. We have a similar spirit when we’re on stage, we are both giving 100 percent and working the crowd. We’ve been discussing doing a collaboration for a minute, but our schedules never allowed it until now. I would describe Bruno as a musical genius, he really knows what he wants to accomplish out the gate. I’ve been blessed to be embraced by younger artists of different music genres and hope to continue sharing my gift with generations to come.

FELCI: Let’s backtrack a bit. How did your gospel upbringing influence you as a singer and an artist?

WILSON: “My father was a preacher at Church of God in Christ in Tulsa, Oklahoma. I used to sing in his church as a child accompanied by my mother on piano. She was also the State Minister of Music Oklahoma North West.  We weren’t allowed to listen to R&B or the blues in our home when we were kids. It was the passion I saw when my father preached and the choirs my mother worked with that taught me about feeling your music as well as singing it.”

FELCI: Is it true you were part of the backing band for fellow Oklahoman Leon Russell in the mid-’70s? How did that come about and what was he like to work with?

WILSON: “My brothers and I were playing in a club in Tulsa when Leon and his crew came in. We played until early the next morning and he and his crew stayed the entire time. The next weekend we played again, and Leon and his crew came back, this time they were much more sober than the week before. That led to him inviting us to come to the studio and we did. He was an awesome talent and shared it with us. I really grew musically working with him and he gave me confidence to know that I had something special.”

FELCI: Your career really took off in 1980 with hits like “Early in the Morning” and “You Dropped a Bomb on Me.” How did life change with success?

WILSON: “We were on tour all the time. We opened for the Rolling Stones in Europe and began to be exposed to the temptations of success. We weren’t businessmen so we didn’t know what I know today about how to handle money, publishing, etc. We were taken advantage of for several years, but that time is behind me now.”

FELCI: You’ve been very open about your struggles with substance abuse — there was even a period in which you were homeless. How did you achieve and maintain sobriety?

WILSON: “I guess you could say I got sick and tired of being sick and tired. Yes, I was homeless for a time living on the streets of Hollywood. During my last time in rehab, I met the program director, Mahin. She changed my life. And I’ve been blessed to be married to her for the last 25 years. I have been clean and sober for 25 years because of her and I surround myself with people who support my sobriety. I have performed at the Hollywood Bowl a number of times over the last few years and standing there with the audience appreciating what I do brings a tear to my eye, because 25 years ago I was sleeping under a trash can six blocks from there. I have been truly blessed.”

FELCI: How did you come to be known as “Uncle Charlie”? Was it Snoop Dogg who bestowed you with that moniker? What’s the story behind it?

WILSON: “Yes, it’s the nickname Snoop gave to me. Our relationship has always been very personal, and my wife and I have been mentors to him and his family, so we have that close-knit family relationship. In the music business, a lot of people will say they are your ‘friend,’ but I can honestly say that Snoop is as real as they come and gave me my first chance at a comeback to the music game.”

FELCI: Finally, with Valentine’s Day coming up, what makes a great love song?

WILSON: “For me a great love song starts with a man showing love to his woman. It’s how he speaks to her, about her and how she makes him feel. The world needs more love and I’m happy to be able to continue that theme in my music today.”