The first time I met him was at a preview screening of “Easy Rider” at what was then USC’s fledgling Cinema department in a beat-up old building we called the barracks. 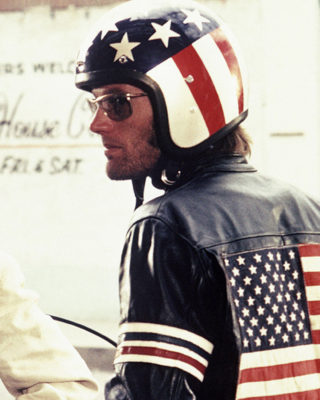 The early cut of the movie blew me away.  At the time I had never experienced a movie that so acutely defined the alienation I felt from what I assumed to be the sacred soul of the America I was taught as a kid.  I felt I was the sole target demographic for the movie and told Fonda so.  I shared some of my experiences being a Conscientious Objector — to involvement in the Vietnam war — and the subsequent years of FBI harassment and so on.   It was brutal…

The last time I talked to him was a chance encounter when he was staying at Two Bunch Palms Spa a few years ago.  We reminisced about the wildly receptive USC screening and I thanked him for the movie and again reflected how it felt like it was made for me alone.  I said it was my private film and that the tag line “They Went Looking for America and couldn’t find it” almost made me cry.  But of course, “Wyatt” (Peter Fonda) and “Billy” (Dennis Hopper) did find the soul of America. 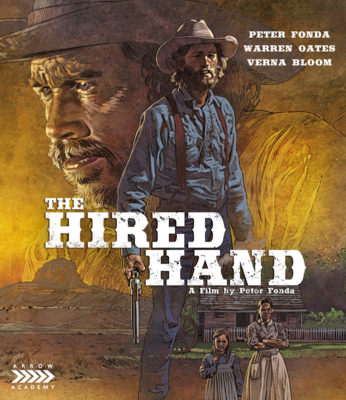 I said, I thought the 50-year-old movie was a relevant as ever.  Fonda just sadly nodded his head.

The movie went on to be among the biggest grossing films of the year.

But in my opinion “The Hired Hand” is Fonda’s masterpiece.  (He directed and starred).  It’s worth finding this overlooked gem that’s reminiscent of some the classic westerns featuring his father (like 1946’s “My Darling Clementine”)

Peter Henry Fonda was 79 and still working up to his death from lung cancer.  This generous, gentle and gracious man will be missed.  RIP 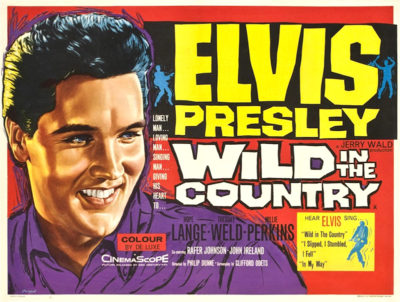 Philip Dunne directs Clifford Odets’ thoughtful screenplay that mixes melodrama and music in a surprisingly emotional story that marks The King’s farewell to serious drama that lets the iconic singer show off some fine acting chops.

Elvis plays a Shenandoah Valley delinquent whose angry temperament masks a talent for writing that just might help him escape to a brighter future.  Tuesday Weld (!) and Millie Perkins play, respectively, his sultry cousin and childhood sweetheart who compete for his affections.  Hope Lang is a supportive psychiatrist.   John Ireland and Gary Lockwood are a father and son who have it in for our rebel hero. 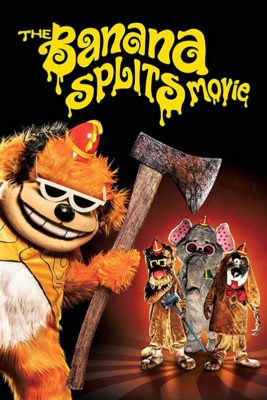 The cult-favorite animal rock band from Hanna-Barbera’s 1968 The Banana Splits Adventure Hour variety program is back with a blood-splattered vengeance!

As much as I loved The Banana Splits growing up, there is no doubt there was always something more than a little weird about Bingo, Fleegle, Snorky and Drooper as the quartet of instrument-playing animals (?) at the center of the series.  That air of eeriness is exploited to the max in the new horror film that hijacks the concept for all it’s worth.

The film follows a boy named Harley and his family as they go to a taping of the original TV show, which is supposed to be a fun-filled birthday for young Harley.  But things take an unexpected turn – and the body count quickly rises.  Can young birthday boy Harley, his mom and their new pals escape to safety?  (Do you really care?).

It’s not often one has the opportunity to get nostalgic and horrified at the same time.  If this dual emotion is something you desire, then check out the trippy 60’s characters in this all- new tale about fear, power and an oversize puppet rock-band. 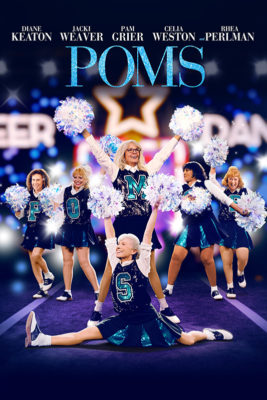 It’s never too late to show your team spirit.  This upbeat comedy is about a woman of a certain age who revisits her passion for cheerleading and forms a squad at a retirement community inspiring those around her to live life to the fullest.