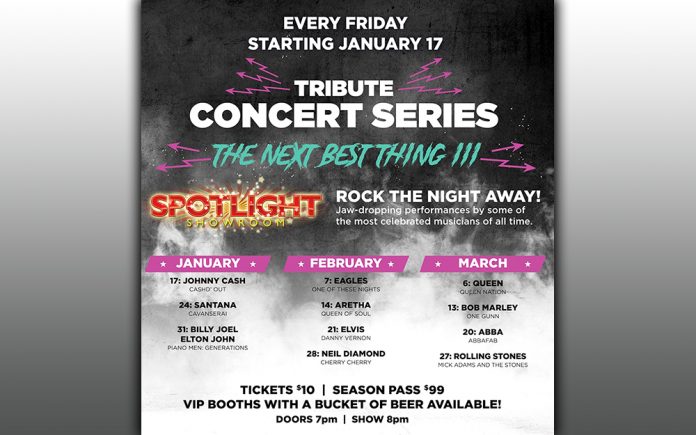 Tickets On Sale at the Casino Box Office and Spotlight29.com

Spotlight 29 Casino is proud to present The Next Best Thing III, a tribute concert series held every Friday starting in January and running through March.

All performances start at 8 p.m. in the Spotlight Showroom, which offers the premier entertainment experience in the Coachella Valley. The Next Best Thing III schedule:

February 7       Tribute to the Eagles – One of These Nights

February 14     Tribute to Aretha Franklin – The Queen of Soul

Tickets are $10, on sale at the Casino Box Office and at Spotlight29.com. Booths are available for $102, which include six seats and a bucket of beer. Guests can also purchase a season pass for $99. Attendees must be 21 or over. For more information, visit Spotlight29.com.