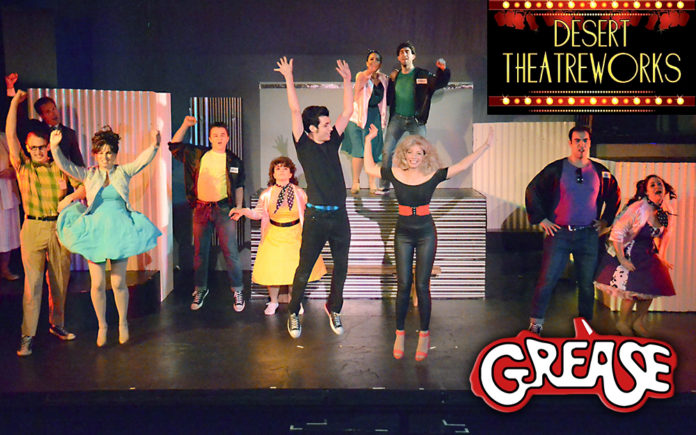 Imagination knows no bounds.  When Jim Jacobs and Warren Casey wrote their 1971 musical, “Grease,” it was probably difficult to project how successful their story about 1950’s ‘greasers’ was going to be.  Greasers were the lower class teen subculture of the 1940’s and 50’s.  They were not the type of kid parents of the era hoped for.  The term ‘greasers’ was originally a derogatory term for the poor ethnic workers who populated cities across the country.  Jacobs based these characters on kids he had gone to school with in inner city Chicago in the 1950’s. Its original production at a Chicago nightclub was raunchy and vulgar.  It was cleaned up as it moved to off-Broadway. 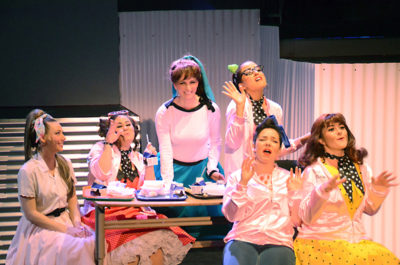 On the surface ‘Grease’ is a fun, boy meets girl, boy loses girl, boy gets girl again, kind of romp through the teen years.  Some fun rock & roll thrown in the background and everyone leaves the theatre smiling.  But a closer look at this show reveals the social issues that have remained an integral part of teen life during all subsequent decades.  Good girl vs. bad-Girl.  Nice boy vs. bad boy.  Peer pressure. Teen rebellion.  Teen sexual-exploration.  Teen pregnancy.  Gang violence.  Fitting in, Love, friendship and heartache. 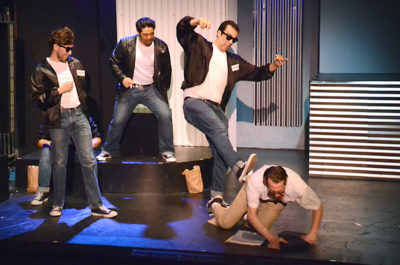 Desert TheatreWorks presents the latest incarnation of this ageless story.  With an ensemble cast of talented actors, they seemed in perfect sync when moving through the steps of Heidi Hapner’s smooth choreography. Leather-jacket wearing Danny, (Adam Genesta) meets innocent-sweet Sandy, (Phylicia Mason) over the summer and love ensues.  But will love conquer all? When they come back to school and see each other face-to-face, Danny deals with the reality of peer pressure and being cool, while Sandy searches to find more of her voice as a strong woman vs. romantic teen.   This show has a wonderful cast of characters, but Rizzo has always been my favorite character and Alisha Bates did not disappoint in her raw and edgy portrayal of this iconic bad girl. Her rendition of “There are Worse Things I could do,” brought tears to more than a few eyes.  Besides Bate’s performance, Darla Decker, (Frenchie) and Shafik Wahhab as Kenicke, were also standouts in this show. 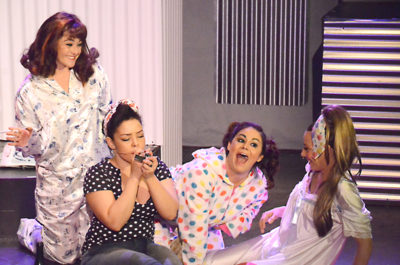 The music from ‘Grease’ will get stuck in your head for days.  The dialogue and characters will have you smiling long after you’ve left the theatre.  And the story will probably make you more than a little reminiscent for your old high school friends.  But if you dig a little deeper you’ll find that the inherent truth that these characters bring to the stage goes beyond the innocence that too often gets associated with a very complex time of life. “Grease is the Word.”

This show is recommended for family members of all ages and can be seen through March 25th, at The Indio Performing Arts Center, located at 45175 Fargo Street, Indio, CA.