Two lush and moving films available for the home theater are a welcome and uplifting antidote to the trying times in which we are coping. 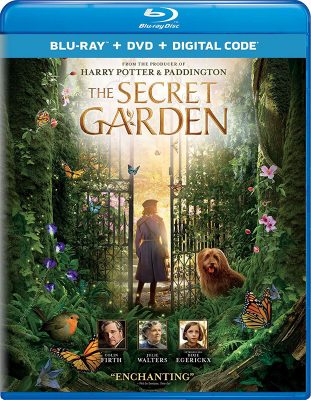 Colin Firth, Julie Walters and the sensational newcomer Dixie Egerickx star in this lush and lavish new take on the beloved Frances Hodgson classic novel of the same name

Set in England during a new time period (1947), the film follows a young orphan girl who, after being sent to live with her uncle, discovers a magical garden on the vast grounds of his family estate.

This new version changes a few of the details but maintains a certain sense of wonder and period imagination.

It’s hard to make a bad film out of such rich material, and even though it is not as strong as Agnieszka Holland’s 1993 adaptation,

I expected more, especially about our human relationship to the natural world.

Limited but interesting extras include:

Characters – Learn more about the beloved characters and how the actors who played them brought them to life in a new and imaginative way.

Concept to Reality – From the majestic design of Misselthwaite Manor, to the creation of the enchanting garden, we learn how the filmmakers created the most immersive telling of Burnett’s timeless tale, so full of vivid and magical realism.

Pages to Screen – A look behind the scenes and how the best-selling novel was brought to life by director Marc Munden in a modern, and magical way.  Universal.  Blu-ray. 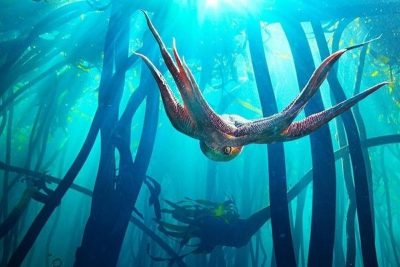 After years of swimming every day in the freezing ocean off the tip of Africa, burned out filmmaker Craig Foster meets an unlikely teacher, a kind of aquatic Zen master in a young octopus who shows an incredible curiosity.

Visiting her den and tracking her movements for months on end Foster eventually wins her trust and they develop a never-before-known bond between a human and the “other.”

This is perhaps the most transcendent, beautiful and profound film I have reviewed in these pages over the last five years.

Not just another nature documentary, it’s unlike anything you’ve seen you’ve ever seen and nothing can really prepare you for this unlikely and gripping tale of a friendship (one might even call it a romance) between a human and a mollusk.  Yes, you read that correctly.

This exquisite meditation on the beauty of nature and what can best be described as transcendent love is absolutely stunning.

I know I was somehow changed by this surprisingly emotional movie. I wager you too will not be the same person you were when you started watching this gem.

This beautiful film of healing redemption and purpose is so much more than merely another true story of love, birth and death in nature.  Breathtaking and heartbreaking, it will be with me for the rest of my life.

This is a must-see for the whole family is a much-needed cinematic antidote of wonder, awe and perhaps hope in our singularly difficult times.  Don’t missit.  Now streaming on Netflix.