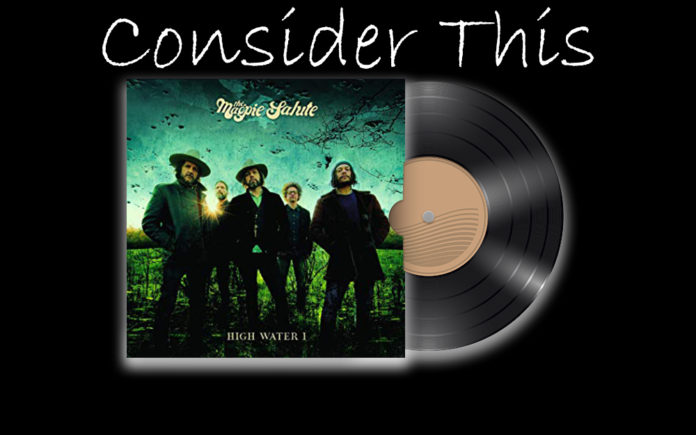 Brotherly warfare is nothing new in the world of Rock N’ Roll. First, and most famously, the Everly Brothers were either at odds or not speaking. By the early ‘70s, John and Tom Fogerty of Creedence Clearwater Revival nearly came to blows and never performed together again. Across the pond in Great Britain the same fraternal acrimony tore apart Ray and Dave Davies of the Kinks, as well as Oasis’ fractious Gallagher brothers, Noel and Liam. Chris and Rich Robinson of the Black Crowes are just carrying on a time-honored tradition.

The Black Crowes seemed to burst on the scene with their 1990 debut, Shake Your Money Maker. The Marietta, Georgia band had been incubating since the mid ‘80s, almost signing with A&M before finding a home at Rick Rubin’s Def American label. Their heady brew of Stonesy swagger and Southern Comfort boogie bridged the gap between alt-rock, Grunge and Jam bands.

Aside from lead vocalist Chris and guitarist Rich, the band’s line-up went through myriad changes, but throughout the ‘90s, their albums consistently landed in the Top 50 on the Billboard charts. Their second decade seemed even messier, as band members came and went, and both brothers veered off with solo projects. But the music remained, for the most part, consistent. All told, the Crowes released eight studio albums, five live efforts, (including one featuring Jimmy Page and a brace of Led Zep and Yardbirds covers), plus three compilations.

It all shuddered to a halt in 2015 when the brothers suffered an irrevocable split. Rich went on record saying that Chris tried to force him and original drummer Steve Gorman to cede ownership rights to the Black Crowes’ name and agree to become salaried employees. Chris countered, “it’s way more complicated than Rich’s outburst,” but declined to elaborate. The ‘Crowes had officially called it quits.

From the ashes of the Black Crowes, Rich formed The Magpie Salute. Old Crowe compadres that joined up included guitarist Marc Ford, bassist Sven Pipien and Eddie Harsch on keys. All three had spent time in the band and lived to tell the tale. Sadly, before they could begin touring, Eddie rather suddenly passed away. Filling lead vocalist slot, only one singer would do, and that was British musician John Hogg. He and Rich first met when John and Sean Genocky’s band, Moke, opened for the Crowes in the ‘90s. During a Crowe hiatus, the pair formed the band Hookah Brown. Unfortunately, it never really got off the ground. Here was a chance for them to get it right.

In true Robinson fashion, the Magpie line-up went through requisite changes, swelling its ranks to 10 members and slimming down to the current six, which includes Matt Slocum on keys and Joe Magistro on drums. At the start of 2017 they booked three shows at the Grammercy Theatre in New York City. When those immediately sold out, a fourth show was added by popular demand and soon, a full-fledged, U.S. tour commenced. Commemorating the experience, the band released a self-titled, limited edition live album. It included a couple of originals and some well-placed covers. Now the band has returned with High Water 1, their first set of original music.

The record kicks into gear with “Mary The Gypsy,” a cataclysmic blast of Glam-tastic grit. Opening with a brief burst of royal fanfare and scattered cheers, it quickly locks into a pummeling back-beat, staccato guitar figures and rippling piano. The lyrics are a surprising mix of Tolkien imagery and Dylanesque jabberwocky. But there’s also some veiled political commentary salted in the mix; “The bike king of Raynes Park waves his scepter around, the scepter protects us from the corporate clowns, who’s goal is to derail all of humanity, to confuse and box in the many millions like me/He charges into the very core of the crown, steps in to reveal the very natural sound, emerge triumphant banish the foes from this town, in time to turn it all back around.” Guitars coil on the break with sinewy menace as time signatures shift. The tune closes with a sudden, cacophonous piano chord, echoing the major C the Beatles employed in “A Day In The Life.”

The next three songs, “High Water,” “Send Me An Omen” and “Sister Moon,” offer a master class in economical songcraft and instrumental prowess. The title track opens with a heavily braided, highly percussive guitar attack that recalls the British Folk-Rock of Nick Drake and John Martyn. Rather quickly they intertwine with spidery electric riffs, plangent piano and tensile bass lines, all are tethered to a galloping rhythm. John’s vocals are surprisingly gauzy and tender as he throws down this gauntlet, “show your true colors, better choose the right ride.” The momentum powers down on the break as waspish electric notes lap over liquid acoustic arpeggios, sparking and pinwheeling through a wistful coda.

If Humble Pie had ever collaborated with the Partridge Family, It might sound like “Send Me An Omen.” It’s as tough as “High Water” was tender. The arrangement marries gritty guitar licks and fluttery keys with a walloping beat. John’s whiskey-soaked rasp leaps above the fray, conjuring up memories of Small Faces/Humble Pie stentor, Steve Marriott. Meanwhile, lush “Bah-bah-bah-bah” backing vocals add a sugar rush sweetness. Inclement weather is a metaphor for a relationship that appears to be wallowing in the mire; “Send me an omen, the one that made your mother cry/The fissure Is growing and the river is flowing, nothing to show for the things we tried.” As a splintery guitar solo unfurls, the instrumentation pares down to gossamer electric piano and a steady kick drum beat before exploding with a scorching crescendo.

Meanwhile, the intro on “For The Wind” blends whispery acoustic filigrees and sparkly piano chords that cushion John’s achy croon. But before the listener can completely luxuriate in the moment (“Calgon, Take me away”), the rest of the band barrels down locking into a Dixie-Fried boogie that takes no prisoners. This dynamic pivots between airy verses and crunchy choruses as lyrics hint at corrupt dynasties and rats leaving a sinking ship; “Gone, no evil is reaching at all, the poison is leaking beyond and they’re all alone/All the leaders following, all believers are leaving, gone, and they’re all alone.” On the break the guitars weave a tapestry of shivery notes that ripple, cascade and soar, at once epic and intimate.

Two tracks constitute the heart and soul of this record, “You Found Me” and “Color Blind.” The former is a lovely minor key waltz anchored by loping pedal steel, warm acoustic guitar and plaintive piano. The lyrics offer a simple encomium to an enduring love, through highs and lows, flaws and foibles, equanimity and frustration; “If I painted all these pictures from inside, I’d reveal all my pains and all my highs…We dance through the dawn, I show you my fall, my winter, my spring, my everything/But you found me You reached me in here.”

On the latter, the political is personal and vice versa. Honeyed acoustic riffs lattice over sidewinder electric guitar, roiling bass, shimmery keys and a rock steady beat. But it all takes a backseat to John’s impassioned vocals. Speaking from experience, the lyrics take aim at the racial animus that continues to divide the world. Growing up the child of a mixed-race relationship, he is viewed as “A walking contradiction, two myths of creation.” He states the obvious “My blood is a magical spring, mix of races, don’t mean nothing to me/My skin is a beautiful canvas, all the colors of creation scarred on the inside,” before unleashing this Cri de coeur “I see all around a broken dream, and everything’s in black and white, when will the world catch up with me, I am color blind and free.” Slashing guitar solos erupt, underscoring his psychic pain.

The action slows briefly on the cinematic “Sister Moon.” Stuttery piano chords share some musical DNA with the Screamin’ Jay Hawkins classic, “I Put A Spell On You,” but from there the songs diverge. High lonesome pedal steel and swoony keys intertwine over a chunky back-beat. The lyrics offer subterranean snapshots, accenting the noir-ish tableaus; “In one endless moment your desert lover was headed back home, you and I all alone, a gun by your bed and a spy on the phone/You were all dressed in black when you kissed his mouth and smiled with the roof tipped back.” Tinkling piano runs meander as the melody  winds down, offering a delicate denouement.

The remainder of High Water 1 revs up like a souped-up muscle car, from the saloon-stomp of “Take It All” which wraps barrelhouse piano notes and bottleneck riff-age around a fractious hopscotch beat, to the back porch ramble of “Hand In Hand.” Then there’s “Walk On Water,” a Stonesy groover that blends spiraling guitars and a whiplash beat and finally, the Swampy ambiance of “Can You See.”

The record closes with the Bluesy “Open Up,” stately piano connects with reticulating guitars and a percussive thump. Cryptic lyrics hint at new beginnings; “All of my life I’ve been waiting, all of my life hesitating.” Rather than ending on a graceful note, this wanton song leaves the listener wanting more. (Never fear, High Water II is due in early 2019).

Produced by Rich, the album was recorded in Nashville, Tennessee and features the additional talents of Byron House on stand-up bass and Dan Winstrom on pedal steel, as well as some production work by Moke compatriot, and ace producer, Sean Genocky.     The music presented here is at once lean, mean and stripped-down, but there’s also a courtly, somewhat bespoke quality that speaks to the inherent craftsmanship of the players. The camaraderie comes through in the songs. Nothing is ostentatious or showy, but not enough can be said about the musical synergy that is displayed with every riff, every lick, every note and every chord.

Rising from the ashes of The Black Crowes, Rich Robinson had everything to prove. After all, older brother Chris was the front-man and focal point of a decades-old institution. By surrounding himself with a crack collection of versatile musicians, willingly sharing the spotlight with artists like Marc, John, Sven, Joe and Matt, he has created a stellar debut.     The Magpie Salute manages to distill their influences and experiences into a style that is equal parts warm, familiar and wholly original. High Water 1 feels like an instant classic.