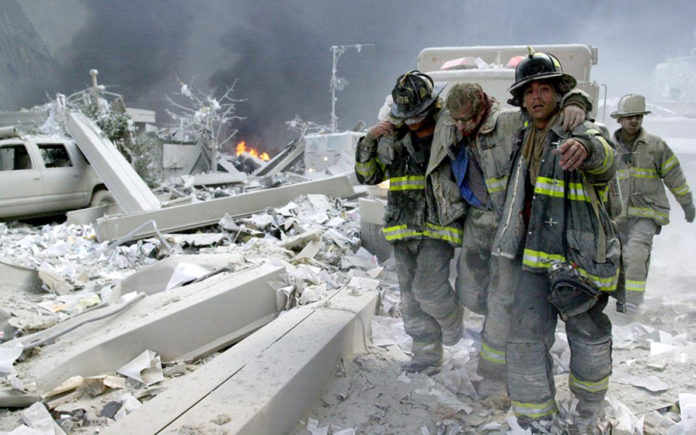 It’s been 18 years since United Airlines flight 175 and American Airlines Flight 11 were purposely flown by hijackers into the Twin Towers of the World Trade Center. Shortly thereafter, the Pentagon was severely damaged by the impact of an additional airliner and resulting fire. Hijackers also crashed a fourth plane into a field near Shanksville, Pa., after the passengers and flight crew attempted to regain control of the aircraft.

I remember like it was yesterday. I had just promoted to interim fire chief and I was with several other firefighters at the gym early that morning. It wasn’t until the second plane hit that we knew this was no accident. I was immediately notified by Verdugo Dispatch to report to work ASAP.

For the first time since Pearl Harbor, the United States homeland was under attack. It would be weeks before we understood the complete toll, but within hours one thing was clear: Thousands had perished in the attacks, including a heartbreaking number of police, firefighters and EMS personnel.

Equally deserving of our attention is the rise in domestic terrorism motivated by right-wing extremism, such as the deadly El Paso assault. These attackers are moved to violence by racial bias and anti-government sentiment. Since 2014, the number of attacks from right-wing extremists worldwide has been greater than attacks from Islamic extremists. In May, the head of the FBI’s Counterterrorism Division, Michael McGarrity, testified that “Domestic terrorism is notably on the rise and the threat of domestic terrorism exists in every region of the United States and all walks of life.”

As we focus on what happened that horrible day 18 years ago, the idea that foreign terrorists can and did carry out a large-scale attack on our country is fresh in our minds. Following incidents such as El Paso and Dayton, we are also understandably concerned about the threat of domestic terrorists, regardless of their motivations. However, we must remember we are far more likely to experience a different kind of disaster—a flood, a building collapse, a wildland fire.

We honor the memories of those who gave their lives on 9/11 and in service to our country since. By remembering lessons from the attacks, we shall always remain prepared to fight against evil.