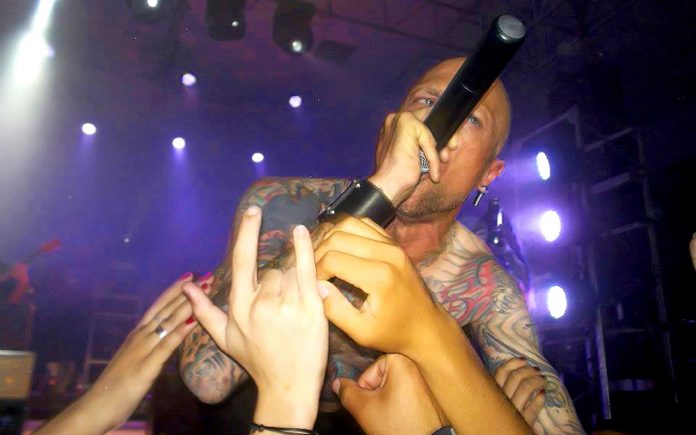 After only several days of receiving a second kidney transplant, what would you be doing? Probably resting! For Michael Black, he’s plotting his full recovery and return to the stage as the frontman for TAIPAN and MICHAEL BLACK AND THE HEART ATTACKS! Not only does he provide vocal duties for the above mentioned artists, he is also the leader of Dead Sea Records, a California-based Indie record label, and is a published author, having written Dead Sea a True Story – the Life of Michael Black and several children’s books.

Black is also known for his 8-year tenure with the Brazilian Thrash Metal band Black Oil. They have played and toured with such acts as Soulfly, Fear Factory, Arch Enemy, Anthrax, Slayer, Motörhead, Megadeth, Slipknot and many others.

With Dead Sea Records, Black has built a support system unlike any Indie label in history. All of its employees are part of the music industry and care about the bands and their music. They consist of talented musicians, artists, booking agents, promoters, music video producers and provide everything a band needs access to achieve success. The label has headquarters in the United States and Mexico. They attempt to reach into every corner of the music business to assist bands and educate them to understand that their band is a marketable product, not just self-satisfying art.

Coachella Valley Weekly spoke with Black shortly after his surgery for an exclusive interview.

CVW: Can you please share a little about the backstory on what happened to you?

Black: “I’ll make it short: I was born with Alport Syndrome, a disease that damages the tiny blood vessels in your kidneys. It can lead to kidney disease and kidney failure. It can also cause hearing loss and problems within the eyes. I was sick by ten years old, in and out of the hospital, lots of tests. When I was 20, my kidneys finally died and I went on dialysis for five years. My dad gave me a kidney that lasted 14 years. Went back on dialysis and have been on dialysis for the past seven years. On February 14, 2020, I got a second transplant and am now out of the hospital recovering. And here we are.”

CVW: You have been immersed in the music scene for years and were also given the Icon Award by Rockwell Unscene Magazine. How do you feel music has helped you heal? 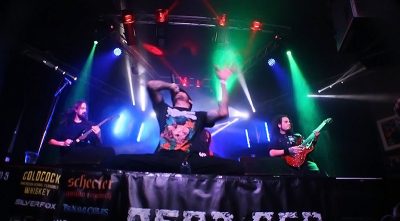 Black: “Well, I’m not actually a born musician. I’m a nerd at heart. I love insects and reptiles. I went to college and graduated with a Bachelor’s Degree in Computer Science. But when I got really sick, I decided I wanted to be a musician instead of a computer tech. I figured if I only had a few years to live, might as well use them to rock! My bands and the record label have been a great distraction from years of dialysis and sickness. It’s helped me heal because I get to scream at thousands of people and watch them beat each other up to my voice. It’s quite liberating. For a few hours, I forget about the needles and machines.”

CVW: How has your medical situation changed how you view life and music?

Black: “Alport Syndrome has given me a drive to succeed knowing that my time is extremely limited. I started making music for the simple reason that I needed to get out a lot of pain, both mentally and physically. When you are born with kidney failure, everything else fails over time. I’ve had open-heart surgery, two kidney transplants and spinal surgery just to name a few. Having a chronic illness has definitely made me less tolerant of people’s bullshit lol.”

CVW: Is there anything you would you like to share with others who are going through something similar?

Black: “Man, that’s a big question. Everyone has their own journey. Kidney failure doesn’t define anyone, it just becomes part of you. My band has played in the Caribbean, Mexico, Brazil, Europe and more. Wherever we went, I scheduled my dialysis. Sometimes, it cost me up to $1300 per session. We’re talking three sessions a week or you will die. I can attest to that because I missed a week and ended up in a coma, another story altogether. I’d just like to say that everyone should be sympathetic to others because we all have our own personal battles that no one can see. It could be cancer, divorce, schizophrenia, depression, addiction, you just never know. And one person’s pain should never be measured by another.”

CVW: You’ve been through so much with your health. Can you share more about your prognosis?

Black: “Honestly, it’s touch-and-go for the first year after a transplant. It could reject any time for any reason. I take about 40 pills a day just to keep my body from killing the kidney and they make me very sick, very weak. So I’m never actually in the clear. Transplant patients have to walk on eggshells their entire lives, unfortunately. But between dialysis and pills, I’ll take the pills.”

CVW: When was the last time you performed and what is it that you miss most about performing?

Black: “The last big show for TAIPAN was with Slayer in Mexico City, October 2018. In 2019, we had a European Tour, which ended in me taking a five-day nap (coma). We had a U.S. tour with Master in late 2019, but had to cancel after the first two shows because of my failing health. I was literally passing out on stage. I have pictures lying on my back while singing in front of ten thousand people lol! I miss the adrenaline and the adoring fans for sure. I don’t miss the frustration of trying to get to dialysis between shows and missing all the fun. Hopefully after a year of rest, I’ll be back on track. We already have a European tour scheduled for 2021 and a few limited U.S. shows during this year just to keep the wheels turning. We’re releasing our third album, Mouthful of Ashes, this June.”

CVW: Amongst all you do, you’re also a published author. Tell us about how that came to be.

Black: “I found a great outlet for healing just recently, writing children’s books. Strange, I know, for a Death Metal singer, but it’s been an awesome experience. I just published my 4th book. Each one is about a child with a disability or emotional issue. There’s even a monster who gets a kidney transplant lol. Check out Morgan Gets An Organ on Amazon. Sorry, cheap plug lol.”

Black: “I’d like to thank Phil Lacombe, Tracy Dietlin and the entire CV Weekly staff for this interview and taking the time to care about the local music community. We love you guys!”

We wish Michael a full recovery and are inspired by his story of resilience and determination. He has used these challenges as stepping stones to mindful living. He is making the most of every moment and is a shining example for all of us. God bless you Mike! 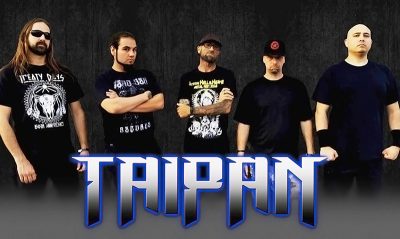