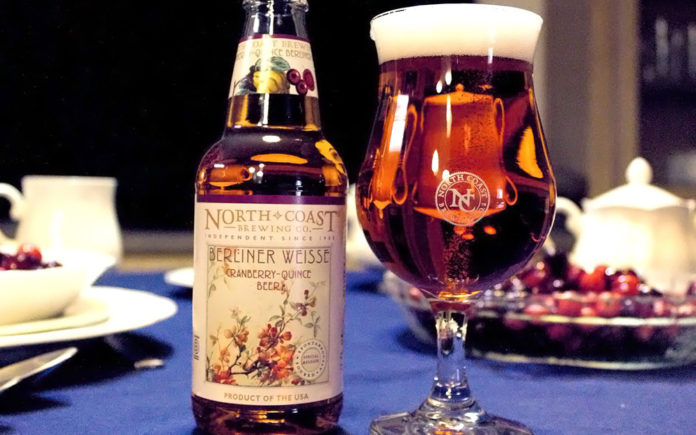 With the mainstreaming of craft beer culture, inevitable shifts have occurred or are occurring across the fully bloomed and matured American craft landscape, and none could be more welcome than the use of restraint by brewers. I mean, you’d never think that subtlety is a thing in independent craft because it mostly isn’t. When San Diego’s Green Flash debuted its Palate Wrecker Double IPA back in the earlier 2000’s, it’s 135 IBU’s were rivaled only by cross town rival Stone’s Ruination IPA, an equally extreme bitter boi that boasted triple-digit IBUs. While today’s IPA’s have evolved to tout different gimmicks (such as the IPA brewed with marshmallows that became a viral sensation a month ago), and pastry stouts have managed to infuse the once-rugged Imperial Stout style with more adjuncts and artificial flavors than a hostess fruit pie, sometimes less is more. No style of beer embodies the less is more concept than the Berliner weisse. 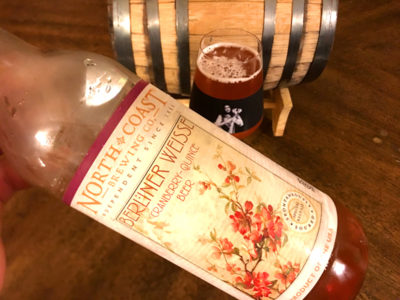 Before the understanding of yeast, brewers simply put their wort (cereal grains that have steeped in warm water until the starches deteriorated into sugars) out in fields or orchards where airborne wild yeast could find their way into the brew and work their magic (people literally thought fermentation was magic back then). The normal brewing process involves the boiling of wort one to several hours after steeping, but when left for several days unpasteurized, the wild yeast and bacteria already present on the cereal grain would actually begin to ferment and sour the mash even before the inoculation of airborne yeast.  By the 19th century, brewing science had evolved to the point where the biermeisters of Berlin, Germany, were able to purposefully rather than by accident create a light, tart, and refreshing wheat beer inoculated with the lactobacillus bacteria, and the Berliner weisse enjoyed popularity amongst those who wanted an alternative to the bitter pale lagers and heavy brown ales of the time.

A Berliner weisse is much more delicate than the sharp and acidic sour ales that most people have tasted, the commonality in American brewing practice being the addition of fruit to both styles. Complimenting the profile of a lightly sour beer can be tough when the flavors of the beer itself are so easy to overpower (which is why German tradition is to add fruit syrup to the pint as the beer is being served, rather than to add fruit to the whole batch). One American brewery that has been releasing Berliner weisse annually is Fort Bragg’s Lost Coast. Known for their flagship beers like Acme pale ale and Old Rasputin imperial stout, Lost Coast has only recently began bottling and distributing their seasonal Berliner weisse series, and the Cranberry-Quince version was sitting on the shelves at my local Trader Joe’s. A quince is like a pear, did you know that? I didn’t know that. I had to look it up.

APPEARANCE: Bottled in a clear 22 oz bomber that shows off the almost rose-colored hue that this beer possesses. Blush would be the best descriptor for it. Produced a slight, thin cap of foam when poured, which dissipated quickly and left the smallest ring of bubbles around the edges of the glass. 4.5/5

NOSE: Light and delicate fruitiness. Apple and cranberry, some graininess detected behind the tart sweetness. Even when warmed, there wasn’t much to discern from the anemic bouquet offered. 2.75/5

TASTE: Wonderful. Bright and tart up front; lightly acidic, fruity. The fruit flavors follow the nose with apples, cranberry, and pear all being evident in the mouth. The back end of the palate is all cereal; wheat and even corn are evident. Light noble hops detected at the very end, woody and soft. I’ve never had a beer that is so distinctly fruity on the from end and grainy on the back end. The sourness is extremely subdued, which is what distinguishes a Berliner weisse from a traditional sour, and this is one of the very best I’ve tried. 5/5

MOUTHFEEL: Medium-thin with high carbonation. Works well in context to the style and gives the beer a very refreshing feel. 4.25/5

OVERALL: Thank god for craft beer because without it I’d have no idea what a quince or a cumquat tasted like. The pear-like flavors of quince pairs perfectly with the sharper flavors of cranberry, but it’s the skill with which these flavors are infused in the beer is what makes this product so special. I highly recommend it for fans of sours and those who appreciate the subtleties of a well-made pinot grigio. Truly one of the best beers I’ve tried in a while, Lost Coast’s Cranberry-Quince Berliner weisse is seasonal, and available for only a limited time. I picked this bottle up for $5.49 from the Palm Desert Trader Joe’s, and it is an incredible deal.