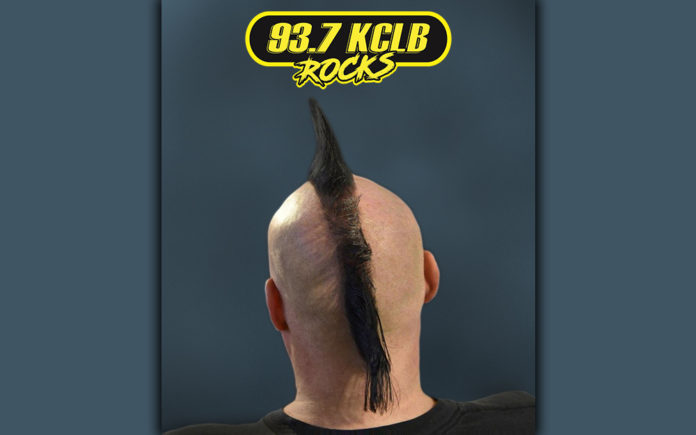 93.7 KCLB celebrates their 28th birthday this month by Rockin’ the Desert. As winner of the 2019 Coachella Valley Music Award for Best Radio Station, KCLB and Program/Music Director and on-air personality Todd ‘T.K.’ Killiam plan to rock even harder. Originating in 1991, KCLB continues to play the established hits along with new rock tunes and the music of local rock and roll artists.

In the span of five years at KCLB, T.K. has pushed the envelope of what a disc jockey is capable of. “I like where I am. I chose the Coachella Valley for a reason. I had a 12-year run in Los Angeles. I wanted to go somewhere a little more relaxed. So, I went back to San Diego where I started my radio career. Then the Coachella Valley came calling. I would regularly come to the Coachella Valley to vacation and of course attend the Coachella Valley Music and Arts Festival and I just like the desert. So, it was the right time. I’m very happy where I am and have no plans on leaving.”

He remains a true champion of Coachella Valley musicians and live music venues. His support of all things desert is peerless with his on-air interviews and the playing of new local music. He has deeply rooted himself in the community with constant support of charitable organizations as well. “We try to serve the community the best we can, whether it be a telethon, local bands, playing the right music, facilitating events, concerts, whatever it is, it’s a big deal.” He is on-the-air Monday through Friday from 3 p.m. to 7 p.m.

T.K. is appreciative of his listeners loyalty. He shared, “We are thankful to the people of the Coachella Valley for voting 93.7 KCLB‘Best Radio Station 2019,” shared T.K. “Our management at Alpha Media, Billy Madison, Shelly Dunn and I are honored to serve the community! We work hard every day to keep KCLB consistently fresh and unpredictable.” KCLB has raised the rock flag and keeps it flying high. “Some people say, rock is dead, but in the Coachella Valley, it’s not even close,” T.K. asserts.

T.K. and Alpha Media are rewriting what it means to be ‘community-oriented’. T.K. declares, “93.7 KCLB will continue to support local bands on-air, with interviews, playing local music, and backing local shows. From my perspective. The local music scene is in a great place with uniquely talented bands and artists. There are so many different styles of music in the Coachella Valley. It gives everyone a voice. That’s the truth. This is the most fun I’ve ever had.”

Along with local bands, they support the shows and venues. “There are many local shows nightly at venues all over the Coachella Valley. Too many to keep up with at times. That’s a great problem for our desert friends, bands, and venues.”

Alpha Media, 93.7 KCLB and T.K. are behind ALL local bands going forward. All local artists can send their music to tk@937kclb.com. There are bigger plans from T.K. in helping the area’s music scene continue to progress. “Something I’ve been working on is the KCLB Local Music Fest. An event that will showcase all the desert’s talent and be backed by captains of the industry like KCLB and Coachella Valley Weekly and key players like Lisa Lynn Morgan, Brian ‘Puke’ Parnell, Desert Music, Josh Heinz and BB Ingle. It will happen.”