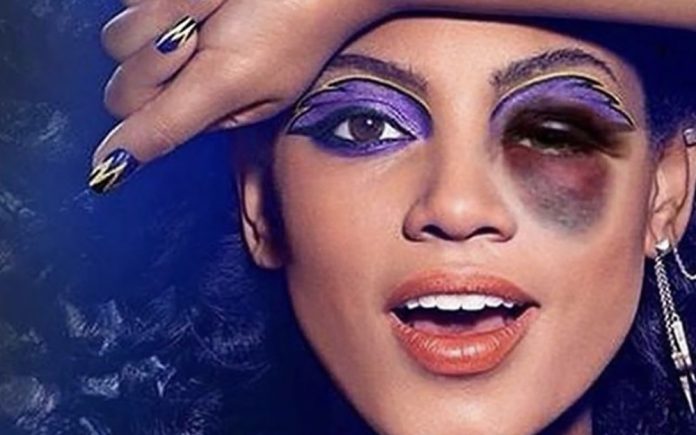 First of all, I’m not uptight. I’m the bassist in a band called Cakes and the Assholes for crying out loud. But when my friend Darla told me about the time she was in a bar that had Dogfish Head’s Golden Shower Imperial Pilsner on tap, even I was a little taken back. “There was no shortage of guys approaching women and asking if they could give them a golden shower,” blinked Darla. “Yeah, being offered golden showers in a bar was pretty rank.” Dogfish Head eventually realized the problematic nature of their product, and changed the name to Golden Era around 2007, yet small craft breweries keep churning out cringe inducing titles even past the #metoo era of our cultural zeitgeist. As illustrated by Darla’s story, our society is filled with all sorts of mouth breathing cretins; including goobers, dorks, chads, dipshits and other misogynistic knuckle draggers. Let’s face it folks, there are a lot of people around us who make up the lowest common denominator, and they simply don’t know how to act. You give them a name as seemingly innocuous as Nine Locks “Dirty Blonde” ale, and next thing you know, douchey bros are saying shit to blonde haired servers like “Are you served up in the glass?” and “I’d really like a dirty blonde, if you know what I mean,” according to fed up server Catherine Murray, who stated that she sometimes felt uncomfortable taking orders for the beer because of the soliciting and objectifying comments that men would sometimes make. Imagine being that guy, the one who thinks it’s a hilarious thing to demean someone you don’t know because of a crassly named beer on the tap menu.

Yet, the hits just keep on coming as small brewery owners somehow think they’re being daring or edgy by giving their beers sexually themed titles with label artwork to match. Some are relatively tame while others are borderline pornographic, but here’s a list of the top ten most sexually inappropriate, tone deaf, and just bad beer names in no particular order.

A Bourbon Barrel Aged Imperial Stout with coffee and hazelnut, this beer is appealing as long as you ignore the label on the bottle. Featuring a bearded lady complete with duck lips, we can only assume that the transgendered woman in question is supposed to be Hazel (otherwise what’s the connection between the name and the image?) and the obvious joke is that she has nuts. Hazelnuts? In a world where dead-naming someone on twitter will get you banned, the Grand Haven, MI based brewery is still living like it’s 1994 and Ace Ventura’s “Finkle/Einhorn” transgender jokes were the peak of comedy.

In a since-deleted social media post, the Amherst, VA brewery posted a photo of a woman sporting a bruised and purple, blackened eye, and encouraged patrons to show up replicating the black eye for $1 off pints of the brew. Turns out, people were offended by the connection to domestic violence that’s made by a woman with contusions on her face. Ssssssssshocking. But not everyone gets so up in arms about physical abuse, one Instagram commentator quipped, “I’m more concerned that people are still brewing black IPA’s”. 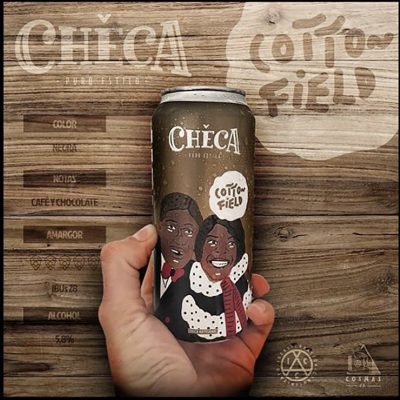 This South American nano-brewery named this beer in a “tribute to the black workers of the Mississippi cotton fields”, and gave it a label featuring a laughing African-American couple, dressed in dandy, mid-1800’s period garb. Who else doubts that cotton field workers, presumably slaves, ever dressed or smiled that way? Did slaves drink porter beer? I don’t get the connection. Not surprisingly, there was a backlash, and the social media post promoting the beer has since been taken down. Oof. 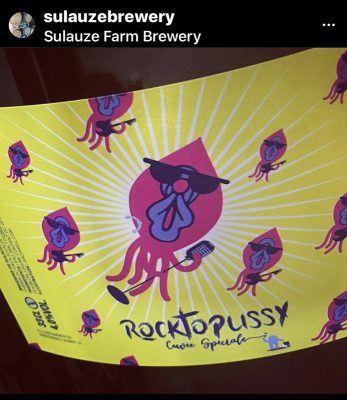 Is that…are those…what the f*ck is even going on here? Sporting an army of tentacled creatures with labia for faces, and sunglasses perched on what appears to be a clitoris, the label for this beer has spurred many social media comments, all of them expressing the same sentiment. “Very distasteful branding!” “Terrible branding!” “Very poor taste indeed!” and “I’m sorry but this branding is in really poor taste!” make up the overwhelmingly negative comments left by viewers of the image. The brewery responded to the criticism, saying that “the label was designed by the rock festival that ordered the beer from us.” There’s so much to unpack here, like where do they get off calling a 4% beer an IPA!?