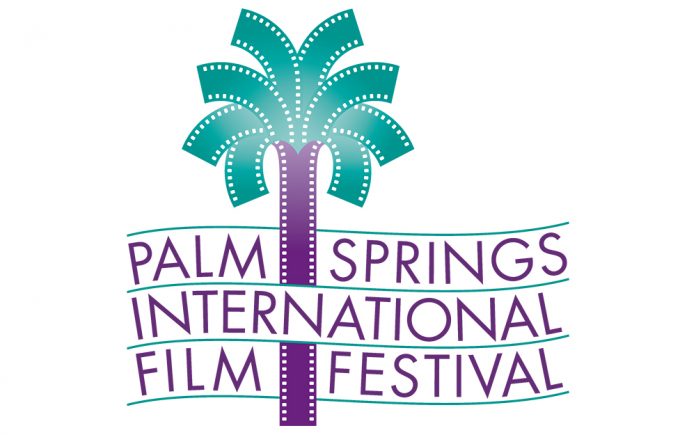 Actor Udo Kier radiates light and energy.  With his electric blue-eyes, cropped white hair, wirey frame and intense gaze, Kier is a force of nature that sparkles and shines.   Whether Kier plays a good guy or bad, his screen presence is captivating.  Like stealing fire from the gods, Kier is a magician, his aura magnificent and glorious no matter the role he plays.

Last week, Kier was acknowledged on the Palm Springs Walk of The Stars.  Palm Springs Mayor Geoff Kors, and Chamber of Commerce CEO Nona Watson, presented Kier with a calligraphied scroll, engraved plaque and a polished granite star set in concrete on the East Tahquitz sidewalk between Indian Canyon and Palm Canyon.  Center of the five points, and etched in a simple white font: UDO KIER, ACTOR, CULT CINEMA.

Next to the celebrity red carpet, Kier, 75, stood humbly, feet together, hands folded, head bowed, as the Mayor read the list of “Whereases” and the “Therefore.”

The “Proclamation” was apropos and timely with the 31st Annual Palm Springs International Film Festival just getting underway.  Kier serves as an ambassador to both the winter and summer festivals.

Kier’s friends and fans spilled off the shady sidewalk into the sunny street.  The crowd was filled with a genuine joy, admiration and love for the charismatic and magnetic man and cinematic icon.

Jackson Warner Lewis, a cinematographer who lives in New York came from a vacation in Mexico to see Kier get his star.  Lewis worked on the film “Swan Song” shot in Sandusky, Ohio, which stars Kier.

“He is such a pro and a pleasure to work with,” said Lewis.  “Everyday he’d walk up and know exactly what to do.”

Kassandra DeAngelis, the production designer on Swan Song was excited to see Kier again.   She hadn’t seen him since “Swan Song” wrapped in August last year.

“Udo was the lead.  We couldn’t film anything without him,” said DeAngelis.  “He’s a true professional.  I wanted to be here and see him get his star.”

Artist Robert Dunahay and his spouse, Jim Kennedy were married by Kier.

“He knew we hadn’t chosen anyone to officiate, and he offered to marry us,” said Dunahay. “Udo is amazing as a friend.  He is generous, and a great guy.”

Kier is an art collector and has paintings by Dunahay.

“He has eclectic tastes,” said Dunahay.  “The art has to mean something to him before he collects it.  A lot of the pieces have been gifted to him by friends, and he knows most of the artists personally.”

“I can’t think of anybody who deserves this star more than Udo.  He has three films in the festival this year. The filmography on him is unbelievable — 260 plus movies!” said Evens.  “Some may not know him as a household name, but this guy is a superstar.  He is a lover of Palm Springs, and he is so enthusiastic about living here, and I love that.  Udo getting a star is terrific.”

Palm Springs resident Kiki Tormo came to see Kier receive his star.  She was wearing an Andy Warhol patterned print dress, shoes and accessories.  (Kier worked and was friends with Warhol.)  Her family is half German (Kier was born in Germany) and she has followed his film career.

“He’s very friendly,” said Tormo.  “You run into him around here all the time.  He’s never aloof.  I’m glad he has a star now.”

There are film personalities and celebrities who call the Coachella Valley home.  For Palm Springs, Kier is more than a movie star and icon, he is an international treasure, a super nova who willingly shares his light, craft and grace with his community.

Kier loves the relaxed atmosphere and friendliness of Palm Springs.  He said, “I am very honored to be receiving a star from Walk of the Stars Palm Springs.  This recognition means a great deal to me, coming from a city I love, and have called home for ten years.”