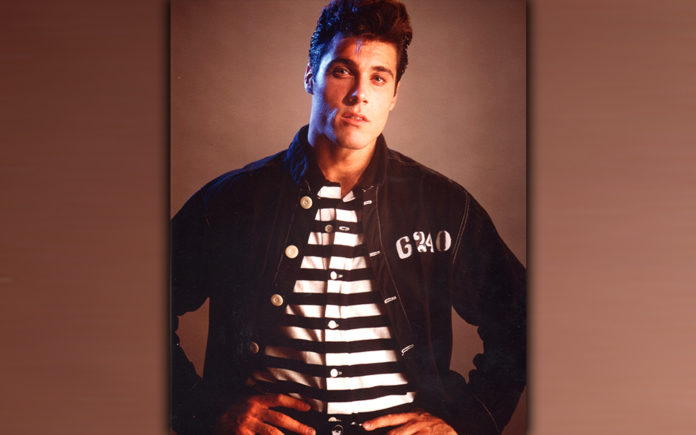 Laura and Michael Ochoa, curators of the Elvis Honeymoon Hideaway, invite you to attend a spectacular show featuring two entertainers; James King, who will open the show and sing the classic songs of Tom Jones, Ricky Nelson and Neil Diamond; and George Thomas, who will perform your favorite Elvis songs from the 50’s and 60’s. 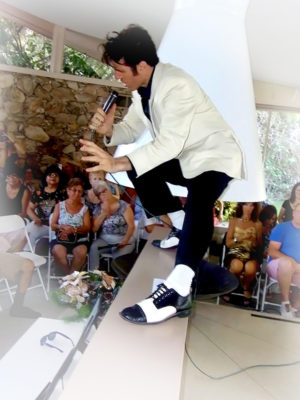 “Elvis was an incredible entertainer,” said Thomas. “I am a high energy performer and I do my best to preserve the integrity of the Elvis spirit with my own spin.” This was what attracted rock band, Good Charlotte, who hired Thomas as an opening act for their shows, with over 10,000 people in attendance.

Thomas was chosen as one of the Elvis’ insured by State Farm in the TV Commercial, ‘Magic Jingle Elvis’ directed by Roman Coppola, who first booked Thomas after watching video clips from his web-site. “He was a really great guy to work for…” Roman, the son of Francis Ford Coppola, was one of the creators for “Mozart and The Jungle” an American comedy-drama web television series for Amazon Video and winner of two Golden Globes.

On July 17, Thomas appeared on the Jimmy Kimmel Live Show. “I was performing a short piece of an Elvis song while rap artist Offset was singing one of his songs and his wife, Cardi B joined in.” They performed outside of the studio and were included in the closing segment of the show.

Tours of the Honeymoon Hideaway are available at 1 p.m. and 3:30 p.m. daily during the   season, but are closed on Wednesday and Thursday during the summer. When you go there you will see a lot of Elvis memorabilia on display owned by the Ochoas. “Mike the Elvis Guy” does all the tours and welcomes all kinds of Elvis Trivia, as guests try to challenge his knowledge of the King.

“Elvis had hobbies just like every one else. He loved football; especially the Cleveland Browns and the Pittsburgh Steelers.” said Ochoa. “He was very pro law enforcement and paid for the Palm Springs Shooting Range. He also collected badges. According to The Desert Sun, Elvis’ couch is the number one ‘photo opp’ in Palm Springs. We have people from all over the world visit the property. It is a great Tourist Attraction.”