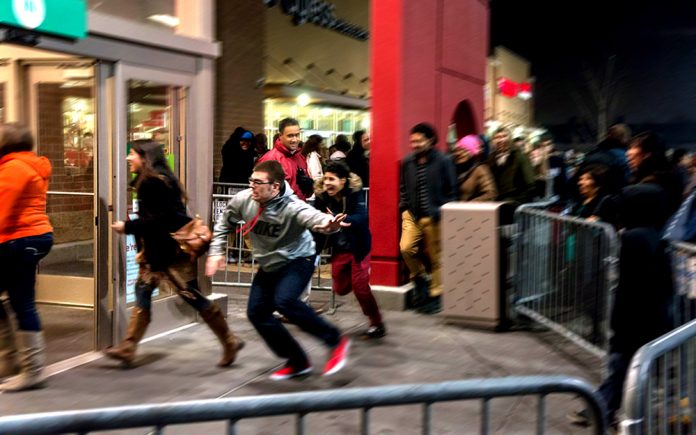 A National Retail Federation survey of 7,782 adults found that the average consumer will spend $1,048 over the 2019 holidays, a 4% increase from last year.  This equates to approximately $730 billion over the holiday shopping season.  Despite recent tariff wars between the United States and China or the E.U., retailers are importing the record levels of merchandise.  While imports are expected to grow by only 0.9% for 2019, it marks the tenth consecutive year of growth.

The survey found that younger shoppers were providing the momentum for a strong holiday season.  More than half of all people between the ages of 25 and 34 expect to buy presents for work colleagues while 82% will give gifts to friends.

The item that’s atop 59% of all shopping lists is gift cards followed by clothing/accessories at 52%, books/media 35% and electronics at 24%.  Other popular gift categories include home décor (24%), jewelry (23%) and personal care items (21%).  Two in three women would like a gift card for the holidays while half of men would prefer a gift card to a gift.

In a telling finding that shows how times have changed, nearly six in ten shoppers are expected to shop online while slightly more than half will visit a mall.   Three in four shoppers will use their smart phone to research a purchase.

One in eight people start shopping for the winter holidays before Labor Day while 43% of us make our first purchase during November.  Three percent of folks wait until the last two weeks of December.

If you like to give or receive technology gifts, Consumer Reports (CR) recently released their list of the top options that cost less than $100.  Their list is based on price and performance as tested in their labs.

When it comes to Streaming Media Device, CR’s top choice at $99.99 is the Roku Ultra 2018.  In addition to its 4K compatibility and a wide array of channels to select from, this device will search for the least expensive option when purchasing a movie or TV show.  The coolest feature to most is that the device has a button on it that helps you in finding a lost remote control.  Other users especially like the headphone jack located in the remote for private listening at night.

Tablets: By far the best deal is the Amazon Fire HD 8 2108 edition with 16GB which are selling for $79.00.  With a subscription to Amazon Prime, your tablet provides access to a massive warehouse of books, movies, magazines and music in addition to online access and apps like Words With Friends.

Smart Speaker: The third generation Amazon Echo Dot topped the list at a price of $49.99.  This device serves as a perfect device for listening to background music or talk radio but should not be considered as an alternative to higher end audio components.  As part of the Amazon universe of products, Alexa is incorporated into the device meaning that you can do things like adding items to a shopping list that resides on your phone, turn on/off other smart devices in your home, serves as an intercom between rooms and so much more.

Looking for a more powerful wireless speaker?  Consumer Report testers found that two JBL Bluetooth speakers ($79.99 each) fills the room with better sound than the higher priced one speaker units.

Haddon Libby is the Founder and Managing Partner of Winslow Drake Investment Management.  For more information on their services, please visit www.WinslowDrake.com or email HLibby@WinslowDrake.com.