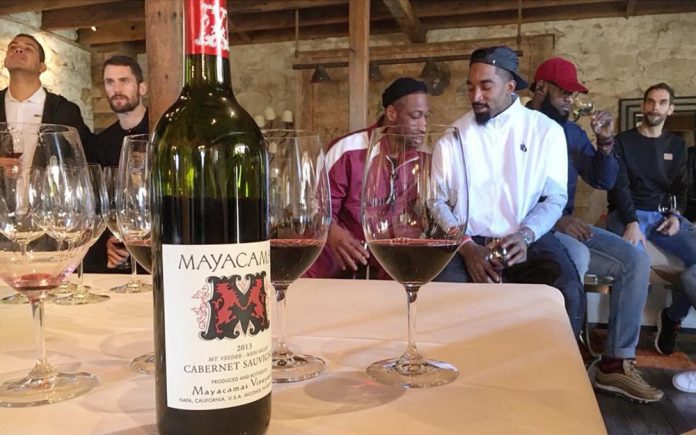 Just a couple of weeks ago, we wrote on “wine in a box”, whose popularity has driven sales of over 50% from last year.  And over a year ago—prior to any realization of what was to come in 2020, we did a column “Doing the Can-Can at Coachella” where we discussed the craze of enjoying “wine in a can”—their sales increasing an amazing 68% this year!

Now—we’re talking about “wine in a bubble”.  And I’m amazed at the amount of wine that is currently being consumed in the Bubble—who knew?  Well—I guess those of you who are both following the restart of the professional basketball season, and are devoted fans of its sports celebrities on the court and off.

The truth seems to be in, that restricted campus-like environments, offer one of the safest venues in which to play professional sports in the shadow of the Coronavirus.  And, so far so good!  The National Basketball League Players have sequestered themselves to the surrounds of Walt Disney World, in the protective bubble, to play through their abbreviated season.

And we also come to find out that many of the big names in and around the hoops are not only drinking wine on their days off, but are drinking high-end, high-cost, world class wine with their fellow quaffers and spending quality time discussing the stuff.  Cheers to that news!

I’m not particularly a big basketball fan but I find the playoffs very exciting. (I know—true hoop fans roll their eyes when hearing that!)  So I don’t know a bunch of the player’s names.  But through my recent research on this bubble thing, I’ve become more cognizant. Check out below some of the stories and quotes of the latest drinking craze taking basketball by leaps and bounds: 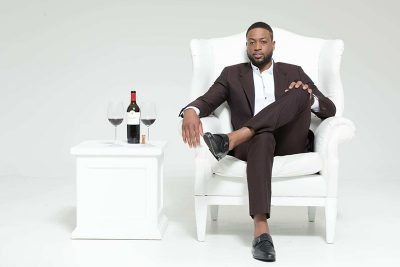 Winespectator.com has recently written: “As the NBA remains under a prolonged timeout, players are using quarantine life to indulge in basketballs favorite hobby: wine. And now some are taking to social media to gab about it. Portland Trail Blazers star Carmelo Anthony and Miami Heat guard Jimmy Butler were social distancing last week as they discussed wine on “What’s in Your Glass?” the weekly Instagram lives-stream between host Melo and wine lovers around the world. For the hour-long conversation, Anthony selected a 2011 William Fèvre Chablis, and Butler brought out a Sassacaia 2010”.

“As Butler’s on-court star has risen, he’s also reached the elite oenophile tier attained by the likes of LeBron James and Dwayne Wade.  He told Carmelo and viewers that it all started in 2013 when his pal Mark Wahlberg invited Butler to the set of Transformers, which was being filmed in Chicago; Butler played for the Bulls at the time. Wahlberg gave Butler his first sip of wine that day: the Sassicaia 2010. He liked it so much, he now has between 500 and 600 bottles of the super Tuscan in his cellar. (Bordeaux’s Château Lynch-Bages is a close second-favorite, he said.)”

Hey!—that now explains why the cost of a case of 2010 Sass has gone sky high!  Geez! If these rich ballplayers—in any sport—begin to really appreciate wine and simply dig into playing the wine game, we regular joes are hit again.  We experienced that twenty-five years ago when Silicon Valley made so much money, bought gobs of world class wine, and catapulted wine prices to the heavens!

What we particularly like about this coverage, is that there is really nothing new under the sun about wine and its appreciation; but there’s always a fresh take when playing the game.  That’s why the wine game is so much fun.  We’ve all been there—we’ve all experienced those epiphany moments when a glass of wine causes us to be aware and so grateful for the gift of life.

“The reason that I enjoy wine so much is … you can never know everything about wine,” Butler told Anthony on an episode of the Instagram live-stream. “And every person has their story and every bottle of wine has its story, so it’s interesting to me that the more you learn about it, the more you realize how much more you have to figure out and learn. It’s infinite.”  Speaking of Anthony, his “wow” wine was a bottle of 1986 Petrus, the iconic Bordeaux.

Timberwolves guard Jimmy Butler, mentioned previously, travels with a wine case, bringing along bottles of Pinot Noir to the bubble.  Warriors point guard Stephen Curry, a fan of Bordeaux, made the hour trek to Napa to unwind earlier in the year, though he wishes he’d started doing so nine years ago, when he arrived in the Bay Area. (“I don’t know if I appreciated what was in my backyard,” Curry says today.)

Riesling was the gateway wine for Dwayne Wade, Chris Paul and Carmelo Anthony.  But as usual, the game goes on and the three are knee-deep into Pinot Noir and Cabernet Sauvignon.

New Orleans Pelicans up-and-comer Josh Hart has teamed with online retailer Wine Access to create a cellar of personal bests like Bordeaux’s Pontet-Canet and Napa’s Harlan. “Josh told us who some of his favorite producers are, so we started to introduce him to similar producers that we thought he’d like,” Wine Access head of wine Vanessa Conlin commented. “Josh loves Bordeaux and Napa especially, but also white Burgundy, so we helped him delve deeper into those regions.” The game’s afoot!—Cheers!