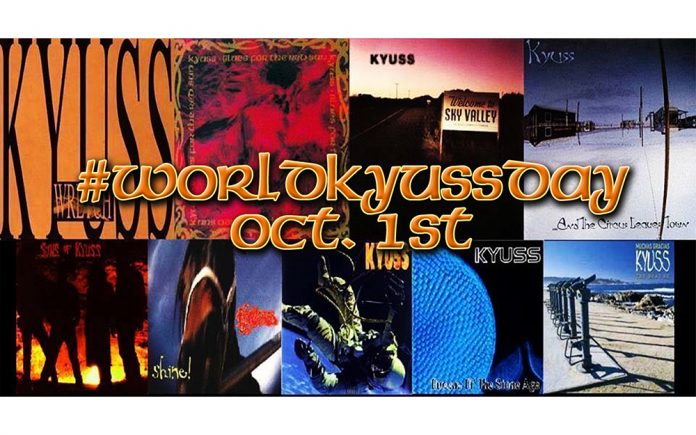 Thursday, October 1, 2020, is the 5th annual celebration known as World Kyuss Day. A day where Kyuss fans and Kyuss World members from across the globe observe the legacy of a band from the Coachella Valley that is considered the instigator of a crusade more familiarly recognized as Stoner Rock. Throughout the day there will be a flood of social media posts including videos, photos, and stories of Kyuss! The founder of Kyuss World, Nathan Lawver, asks that all interested parties use the hashtag #worldkyussday when posting content. 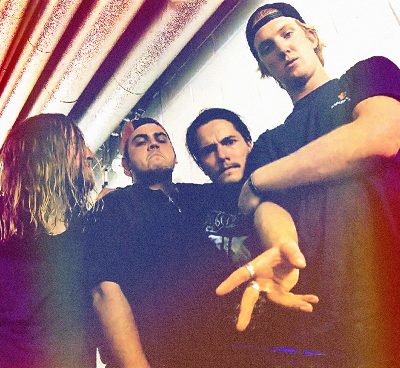 Each former member has dutifully gone on to produce some of the most bona fide, original and influential music post-Kyuss. Without “the break-up” there quite possibly could have been a change in trajectory for each member and we may have not seen the world of music in the Kyuss ancestral tree.

There’s no doubt music fans would love to see a reunion where the band performs a ‘one-off’ live show or tour, but for those of us who are conscientious of the saga would alternatively embrace a homecoming and reconciliation before all else.

Thank you John Garcia, Scott Reeder, Josh Homme, Nick Oliveri, Brant Bjork, Alfredo Hernandez and Chris Cockrell for unwittingly making something out of nothing and for staying steadfast in the music and wholehearted in your aspirations. Happy World Kyuss Day to everyone!

“Kyuss represented our music scene to the world…visceral and nonconformist…the band’s sound and the various members contributions are responsible for influencing the direction of underground rock music world wide, creating a community of musicians and music fans that continues to grow to this day, 20 years after the band’s existence. I’ll always be grateful and proud to be part of that.”

“Kyuss is the desert I love…they took us to the moon…much love and respect to all who have adopted one of ours as their own.”

“Kyuss is one of my favorite bands and with which I feel identified from the first moment I made musical contact with them, they blew my mind, back in the mid-90s., from the aesthetics of their particular audio and the conjunction of Psychedelic-Blues-Metal, they are the very essence of true Rock, Stoner Rock! So much so that from the titles of their songs and music, both me and many others I met and discovered magical places of the desert. This is an important reason why I decided to move to come and live in the Coachella Valley. Kyuss is something magical that goes beyond music, it is a feeling that many brothers and sisters share throughout the planet. They are creators of a genre within Rock, while back in the early 90’s, Grunge and MTV were already exploding, and New Metal was born in Los Angeles. Here in the desert, Kyuss was drawing a different line, a style of musical composition, and way of interpreting super Rockera, creators of a unique sound. In addition to four great albums, they also left us all their derivations from different musical projects starring their members. Those Palm Desert kids who wanted to play heavy music…never imagined that they would transcend history and mark the musical soul of so many of us. Kyuss, ‘The Inventors of Stoner Rock’, ‘The Ambassadors of Desert Rock Music’.”

“Kyuss has undoubtedly inspired generations of fans and musicians all over the world with their story, creating a legend and a Desert Rock movement that has snowballed into a life all of it’s own! I’ve played music and toured for many years with Vic Du Monte’s Persona Non Grata and Avon with two of my best friends, Chris Cockrell who was there for Kyuss’ beginnings and Alfredo Hernandez who was there for its ultimate lineup. There is no escaping! My wife managed Chris Goss as a producer and Brant Bjork released the first record that Chris Cockrell and I made together in 2004.

That’s what Kyuss is to me!”

“The first time I heard Kyuss was about 1992. I wandered into Final Vinyl, my local record shop, and my friend who worked there always had something new and cool for me to check out. This time it was Kyuss. Holy fuck!!! That is the sound I’ve been searching for. I spent that entire summer cruising around in my Dodge Daytona being taught how to sing by John Garcia. All hail ‘Blues For The Red Sun’!”

“Kyuss to me is one of the single most influential bands. From the first time I heard ‘Blues For the Red Sun’…I was mesmerized. All six of the musicians involved in Kyuss are just incredible players.”

“What does Kyuss mean to me? From what I know about their beginnings, it sounds like they were born out of pure love of jamming, I can relate to that…a couple of stoner kids, not a lot to do…so let’s jam! I heard rumors that they might do a round with original members. Definitely a solid All-American (Cali) Rock outfit we all can be proud of.” 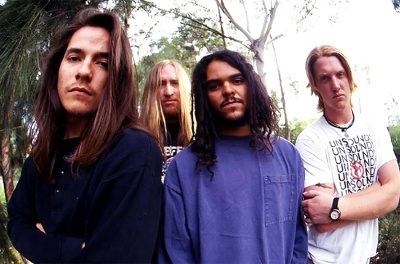 “It’s amazing that they’ve stood the test of time. The idea that someone gives a shit about an album that was made 25 years ago, let alone four of them, is amazing! Kyuss was like The Beatles, ‘The Desert Beatles’…all four of them are talented, Scott Reeder was the left-handed bass player, they’re all music ‘lifers’ at all different levels with Josh being the arrowhead for everything, he’s at the highest level of entertainment you could possibly be with music, film and celebrity. It’s a remarkable story. Kyuss was my high school. When they played it meant so much. That’s where the girls were, that’s where the booze was. If you were not at the show, you missed out. I liked their music right away. I got my first Kyuss record at Tower Records in Los Angeles. For me, it’s similar to watching football on TV. I couldn’t see the players’ faces because of the helmets so it wasn’t all that interesting. Once I met football players at my high school and saw their faces, then I saw them play football, it became much more real. It’s so much more exciting when you know who’s playing, that’s how I felt about Kyuss. I saw them at The Palladium opening for Faith No More once, I remember seeing Brant Bjork smiling as he walked on stage. They are all 2-3 years older than me. It takes me back to that time. The music is still so fresh, for me, it’s really nostalgic, it’s crazy to say. If things hang around for a while it goes from new to old to vintage. The interest level goes to maximum. The rules are…there ain’t no rules, that’s what Kyuss means to me.”

“During their short run, there is no doubt that Kyuss re-ignited a Hard Rock genre that had grown pretty stale by the early 90’s. While their impact wasn’t nearly as broad while they were active, in the years that have followed their last album their influence upon musicians around the world has been immeasurable. In an era when Alternative, Power-Pop and Grunge became mainstream, Kyuss definitely made it their mission to continue to rock at maximum volume and intensity. Their sound and appeal was outside of the box and the genius of their music wasn’t quite what the era of the early to mid-90’s was ready for, but the legacy of their music, their unique approach to down-tuned thunder, the dedication of their still growing fanbase, and the fact that they composed a handful of truly inspirational collections of music is completely worthy of awe and respect.”

“They were inspirational, no matter who you are or where you come from, just do what you do, stay true to yourself, utilize what you have around you and the sky is the limit.”

“For myself, finding Kyuss was like a musical déjà vu…or an epiphany.

Everything I listened to and loved before them had certain elements that grabbed me. Whether it was the sprawling soundscapes, huge bass lines, or thick fuzzy guitars…Kyuss had all of that. And they wrapped it in the mysterious scenery of their desert surroundings. When I bought ‘…And the Circus Leaves Town’ in 1997, I was immediately transported to Bombay Beach and Salvation Mountain. Their music embodies the odd beauty of abandoned desolate places. It’s heavy with history, flowing like the wind and water eroding the structures that once bustled with activity, and gritty like the weathered old man that still calls this place home…hurling obscenities at you for invading his space. Others may describe it differently…but we all agree that Kyuss is magical! Every one of us FEELS Kyuss in our souls!”

“Always dug what they were doing musically and when I started my new band (Unida) my first thought for a singer was John, so without Kyuss I suppose there wouldn’t have been Unida.”

“Kyuss means tons to me! My first concert I ever tried to sneak into was Danzig, White Zombie and Kyuss at Irvine Meadows. I was pretty young, just started high school I think. I could hear them while my friends and I were trying to cut the fence and sneak through a hole by the grass seats. Fast forward six years later and I’m in Fu Manchu playing with Brant. Every time I hear them I have to take a nervous shit because it reminds me of sneaking into Irvine Meadows and trying not to get caught! Love their tunes and I’m stoked to say I’ve played on records with Brant, Reeder and Nick. Got to tour with the first Queens line-up too. Unreal! Kyuss is a giant influence on us all. To achieve that sound at such a young age is incredible. Dig them!”

Tony Tornay (All Souls, Fatso Jetson)
“They were a group of friends growing up. We all played in bands at the time but they were the first ones to really take it out of the desert. First touring regionally, nationally, and finally internationally. When we were kids that seemed so far out of our reach, but they did it, and showed a lot of us that we could do that too!”
Peter Stahl (Scream, Goatsnake, Earthlings?, Desert Sessions)
“Kyuss means a lot to me as it’s a marker of a change in my life and the sounds of ‘Blues for the Red Sun’ was the soundtrack during this transition. It was also a beginning through fortune and fate to develop a friendship with members of the Kyuss family that ultimately enhanced my life and my own creative endeavors. I think you can extend that on to the music world in general to say they were a needed kick in the ass to the world scene at the time and kicked the can of Rock and Roll further on down the road.”